The Bible and the Book of Mormon teach that the marriage of one man to one woman is God’s standard, except at specific periods when He has declared otherwise.1

This essay primarily addresses plural marriage as practiced by the Latter-day Saints between 1847 and 1890, following their exodus to the U.S. West and before the Manifesto.

Latter-day Saints do not understand all of God’s purposes for instituting, through His prophets, the practice of plural marriage during the 19th century. The Book of Mormon identifies one reason for God to command it: to increase the number of children born in the gospel covenant in order to “raise up seed unto [the Lord]” (Jacob 2:30). Plural marriage did result in the birth of large numbers of children within faithful Latter-day Saint homes.6 It also shaped 19th-century Mormon society in other ways: marriage became available to virtually all who desired it; per-capita inequality of wealth was diminished as economically disadvantaged women married into more financially stable households;7 and ethnic intermarriages were increased, which helped to unite a diverse immigrant population.8 Plural marriage also helped create and strengthen a sense of cohesion and group identification among Latter-day Saints. Church members came to see themselves as a “peculiar people,”9 covenant-bound to carry out the commands of God despite outside opposition, willing to endure ostracism for their principles.10

For these early Latter-day Saints, plural marriage was a religious principle that required personal sacrifice. Accounts left by men and women who practiced plural marriage attest to the challenges and difficulties they experienced, such as financial difficulty, interpersonal strife, and some wives’ longing for the sustained companionship of their husbands.11 But accounts also record the love and joy many found within their families. They believed it was a commandment of God at that time and that obedience would bring great blessings to them and their posterity, both on earth and in the life to come. While there was much love, tenderness, and affection within many plural marriages, the practice was generally based more on religious belief than on romantic love.12 Church leaders taught that participants in plural marriages should seek to develop a generous spirit of unselfishness and the pure love of Christ for everyone involved.

During the years that plural marriage was publicly taught, all Latter-day Saints were expected to accept the principle as a revelation from God.13 Not all, however, were expected to live it. Indeed, this system of marriage could not have been universal due to the ratio of men to women.14 Church leaders viewed plural marriage as a command to the Church generally, while recognizing that individuals who did not enter the practice could still stand approved of God.15 Women were free to choose their spouses, whether to enter into a polygamous or monogamous union, or whether to marry at all.16 Some men entered plural marriage because they were asked to do so by Church leaders, while others initiated the process themselves; all were required to obtain the approval of Church leaders before entering a plural marriage.17

The passage of time shaped the experience of life within plural marriage. Virtually all of those practicing it in the earliest years had to overcome their own prejudice against plural marriage and adjust to life in polygamous families. The task of pioneering a semiarid land during the middle decades of the 19th century added to the challenges of families who were learning to practice the principle of plural marriage. Where the family lived—whether in Salt Lake City, with its multiple social and cultural opportunities, or the rural hinterlands, where such opportunities were fewer in number—made a difference in how plural marriage was experienced. It is therefore difficult to accurately generalize about the experience of all plural marriages.

Still, some patterns are discernible, and they correct some myths. Although some leaders had large polygamous families, two-thirds of polygamist men had only two wives at a time.18 Church leaders recognized that plural marriages could be particularly difficult for women. Divorce was therefore available to women who were unhappy in their marriages; remarriage was also readily available.19 Women did marry at fairly young ages in the first decade of Utah settlement (age 16 or 17 or, infrequently, younger), which was typical of women living in frontier areas at the time.20 As in other places, women married at older ages as the society matured. Almost all women married, and so did a large percentage of men. In fact, it appears that a larger percentage of men in Utah married than elsewhere in the United States at the time. Probably half of those living in Utah Territory in 1857 experienced life in a polygamous family as a husband, wife, or child at some time during their lives.21 By 1870, 25 to 30 percent of the population lived in polygamous households, and it appears that the percentage continued to decrease over the next 20 years.22

After the U.S. Supreme Court found the anti-polygamy laws to be constitutional in 1879, federal officials began prosecuting polygamous husbands and wives during the 1880s.24 Believing these laws to be unjust, Latter-day Saints engaged in civil disobedience by continuing to practice plural marriage and by attempting to avoid arrest. When convicted, they paid fines and submitted to jail time. To help their husbands avoid prosecution, plural wives often separated into different households or went into hiding under assumed names, particularly when pregnant or after giving birth.25

By 1890, when President Woodruff’s Manifesto lifted the command to practice plural marriage, Mormon society had developed a strong, loyal core of members, mostly made up of emigrants from Europe and the Eastern United States. But the demographic makeup of the worldwide Church membership had begun to change. Beginning in the 1890s converts outside the United States were asked to build up the Church in their homelands rather than move to Utah. In subsequent decades, Latter-day Saints migrated away from the Great Basin to pursue new opportunities. Plural marriage had never been encouraged outside of concentrated populations of Latter-day Saints. Especially in these newly formed congregations outside of Utah, monogamous families became central to religious worship and learning. As the Church grew and spread beyond the American West, the monogamous nuclear family was well suited to an increasingly mobile and dispersed membership.

For many who practiced it, plural marriage was a significant sacrifice. Despite the hardships some experienced, the faithfulness of those who practiced plural marriage continues to benefit the Church in innumerable ways. Through the lineage of these 19th-century Saints have come many Latter-day Saints who have been faithful to their gospel covenants as righteous mothers and fathers, loyal disciples of Jesus Christ, and devoted Church members, leaders, and missionaries. Although members of the contemporary Church are forbidden to practice plural marriage, modern Latter-day Saints honor and respect these pioneers who gave so much for their faith, families, and community.

The Church acknowledges the contribution of scholars to the historical content presented in this article; their work is used with permission.

Seek learning, even by study and also by faith. Learn more.

The Family: A Proclamation to the World.

Study the Church’s scriptures on the new and everlasting covenant of marriage, interfaith marriage, and plural marriage.

President Hinckley renounces the practice of plural marriage in our day. (1:11) 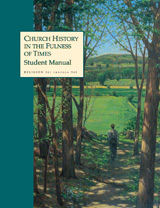 Read about the persecutions the Church suffered between 1877 and 1887.

Read the history behind the development of the Manifesto.

Read articles about polygamy in Utah: