Handling Adversity and Disappointment on the Road to the Olympics 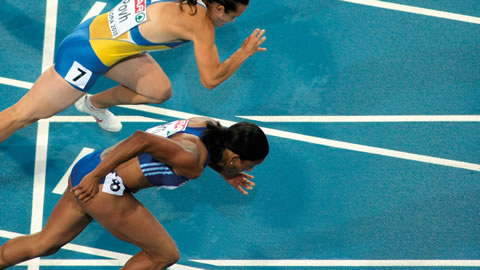 In the run-up to the women’s 800-meter final to determine who would represent the United States of America at Rio in the 2016 Summer Olympics, the competition was at its highest. Eight athletes were all within a few hundredths of a second of one another, but only the top three would go on. It promised to be a very tight race.

Among the contenders was Alysia Montaño, a 30-year-old mother who had finished fifth at the 2012 Summer Olympics. Since then she had trained hard for the 2016 Summer Olympics—her last shot at an Olympic medal—and she felt ready. At the gun, she raced out to the lead, dispelling any doubts about her fitness and ability. She ran strong, but as the pack closed around her toward the finish, it was evident this was going to be a very close race. With 150 meters left to go, Alysia was tripped up and fell to the track. She finished last. 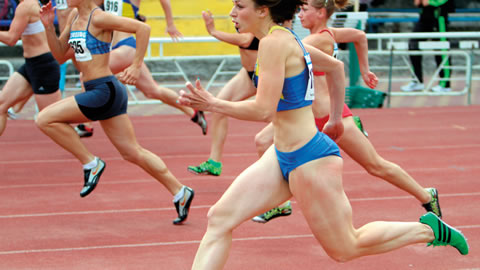 Visibly upset, she still found the courage to face the cameras. She didn’t blame any of the other competitors; she just held her daughter and, struggling to keep her composure, said, “I need to get through this year, through these emotions” (in Erin Strout, “Women’s 800 Meters: Kate Grace Wins in a Stunning Final,” Runner’s World, July 5, 2016).

Even after we’ve worked hard to achieve our goals, life often hands us circumstances that don’t seem fair. We work through adversity, we sacrifice, and yet victory is still elusive. Alysia reminds us all of how real it is: “It’s my life. It’s not a story. It’s my life” (in Erin Strout, “Women’s 800 Meters”). God requires that we have the courage to face our trials and deal with them. Having courage when all things are going in our favor is hardly a test of our faith.

In the face of great disappointment, we can and should allow ourselves to be discouraged for a time. Life hurts. But then we must find the strength to move forward, one step, one stride at a time. In Ecclesiastes 9:11 we learn “that the race is not to the swift, nor the battle to the strong, neither yet bread to the wise, nor yet riches to men of understanding, nor yet favour to men of skill; but time and chance happeneth to them all.”

Life is not measured out perfectly according to our sacrifice and obedience; if so, we wouldn’t exercise faith, learn from opposition, or humble ourselves sufficiently to see God’s plan. Alma teaches us that “faith is not to have a perfect knowledge of things; therefore if ye have faith ye hope for things which are not seen, which are true” (Alma 32:21).

So what is true, especially when we experience such unfairness?

Accepting that life is often unfair—and even more often difficult—reminds us that we are utterly dependent on the Lord. And because He knows the outcome better than we do, we will experience more joy, more growth, and a deeper sense of purpose when we turn our lives over to Him.

Our heartaches are momentary, but our joy can be forever.