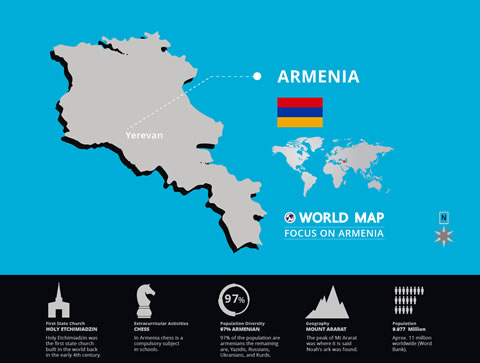 Armine Karyan has always had faith. Her faith led her to the waters of baptism. Her faith helped her support her two daughters when they served missions. And when she was called to be the self-reliance specialist in her ward in Vanadzor, Armenia, her faith helped her remain optimistic that she and others in the ward could overcome Armenia’s 19 percent unemployment rate and become self-reliant.

Striving to be obedient and magnify her calling, Armine held a My Path to Self-Reliance devotional and facilitated a “Starting and Growing My Business” group. But she wanted to do more. To improve her facilitating skills, Armine joined a self-reliance group at the self-reliance center in Yerevan, two hours away from her home—investing six hours of travel and attendance time for each session.

Each week, Armine would prayerfully set difficult goals to challenge herself, and she took her responsibilities very seriously. She had faith that if she did her part and put herself in the Lord’s hands, she could become more self-reliant and also help others. She held on to that belief and never missed a self-reliance meeting.

Armine’s long-term self-reliance goal was to own her own business of chickens and ducks. To start the business, she knew she had to get a job and save money. She also made weekly preparations to her yard for the coops and incubating eggs she would eventually get. 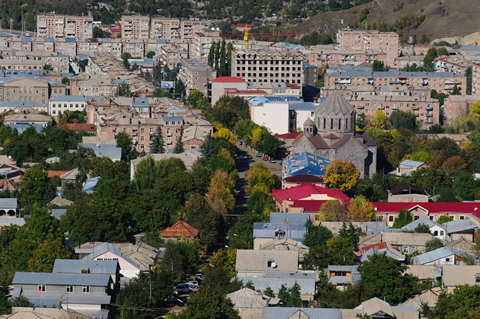 On the day of the 12th self-reliance meeting in Yerevan, Armine was late. The distance she had to travel was considerable, but being late was unusual for her. As she came in, she was grinning. “I got a job,” she announced, “and it’s a good one!”

Armine’s prayers for the Lord’s help were answered, and she had the work she needed to eventually start her business. She explained that there had been a knock on her door—it was the local postal carrier. He had always been impressed by her integrity and told her that the postal service was looking for people from her neighborhood to work for them.

She applied, interviewed, and received the job. Armine had Nephi’s attitude, a commitment to “go and do” (1 Nephi 3:7). With that commitment, she had been working to receive her hoped-for blessings from Heavenly Father.

But at the next self-reliance meeting, Armine said that she had so far failed in her goal of starting her own business. It saddened her to have to report this: she had made the decision, based on her own research, not to start her business. The coming harsh winter would prove difficult for the chickens and ducks, and waiting until spring would be safer. Even though Armine’s new job meant she had the money to proceed, she showed dedication to her goal and avoided potential disaster by following the counsel of experts and waiting for a little while.

It was Armine’s faith and obedience that helped her to find a good job, prepare to have her own business, and become more self-reliant. She rejoiced that, when spring came, despite the setback of the winter, she would be able to achieve her goal. Armine explained, “Now I can start my business. I know that the Lord is providing a path for me! I trusted Him, and He is showing me the way.”