Self-Reliance Principle 7: Become One, Work Together 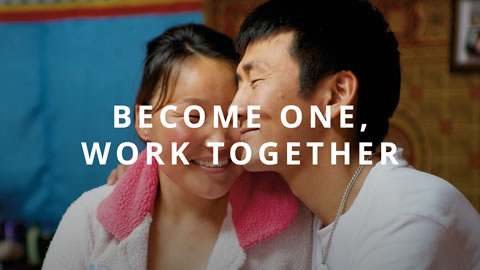 If you’ve ever watched a great soccer team play, you’ve seen how the whole team moves together and adjusts their strategy depending on where the ball is and who has it. It wasn’t always so. In the 1960s many teams played a more static game where defenders stayed in the back row and passed the ball to midfielders, who passed to forwards. The English revolutionized the game by giving nearly every player the potential to score. The team moved as one, taking advantage of numbers and spaces, anticipating the other team’s play. It was called Total Football, and it was the perfect example of teamwork. Each player knew his role and trusted the rest of the group to perform theirs. And of course, it changed the way the world now plays soccer, or football, as it is known worldwide.

The saying “United we stand, divided we fall” is attributed to Aesop, the ancient Greek storyteller. It was later used during periods of revolution across the world as a rallying cry, urging people to pull together for a common cause. It was perhaps most memorably used by the American Revolution patriot Patrick Henry in his final speech. Wobbling and faint from illness, he proclaimed, “Let us trust God and our better judgment to set us right hereafter. United we stand, divided we fall.” He collapsed at the end of the address, and three months later he died. 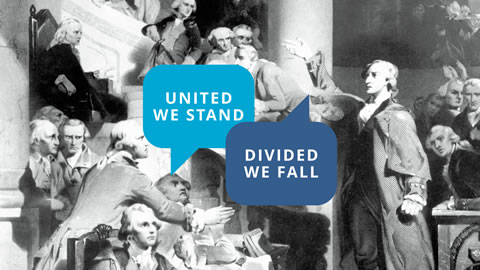 We don’t need to be so dramatic in our proclamations, but the philosophy behind Henry’s statement is sound. In order to be most productive we must learn to work as a team. 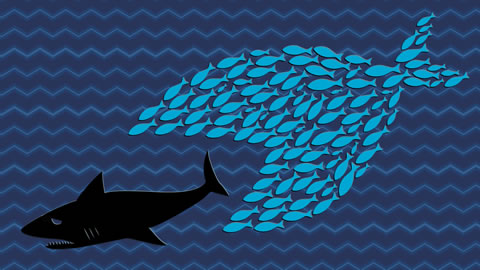 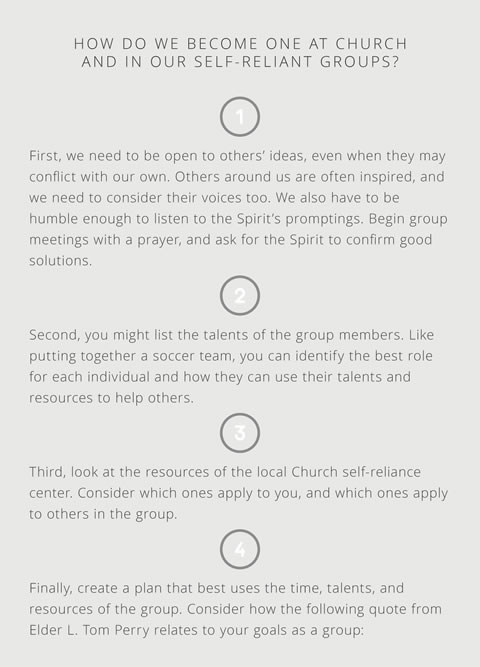 When Nephi was commanded to build a boat, he didn’t pray for the Lord to help him find tools; he prayed to know where to find ore in order to make his own tools. Your group meetings are a way of finding the ore—the resources your group needs—to create the tools to help all in the group succeed. Working in groups can help us all on our individual path. President Monson has said: 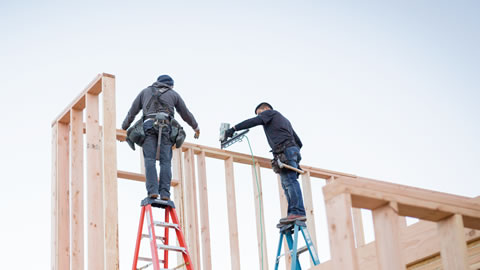 We can’t become our best selves alone. We must seek the Lord’s guidance in all we do and seek out those we can help and those who can help us. The meaning of Zion is to be of one heart. That kind of unity requires both spiritual and physical effort. 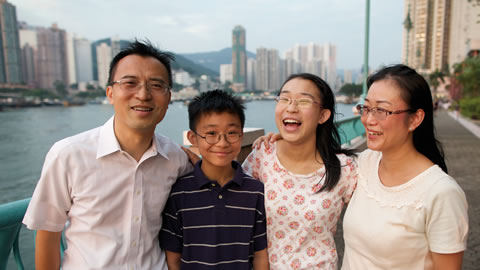