The Power of Family Stories

Across continents and generations, the story of Elizabeth Tait’s faith in Christ strengthened her great-great-granddaughter when she needed it most.

Rosalene Pacini has always felt a special connection with her great-great-grandmother, Elizabeth Xavier Tait, because of the faith-filled stories Rosalene had grown up with. The stories of Elizabeth’s trust in the Lord during heart-wrenching trials captured Rosalene’s imagination as a young girl.

What Rosalene couldn’t have known was how closely her challenges would mirror her ancestor’s and how much she would rely on the spiritual strength those stories provided.

Elizabeth Xavier was a well-educated young woman who enjoyed a life of ease as part of a wealthy, noble family in India. But life took a challenging turn in 1850 when she married William Tait, a regimental drill master in the British navy who had been baptized by Parley P. Pratt in Scotland.

After Elizabeth joined the Church, her family disinherited her. William and Elizabeth’s first son died of cholera. Then, eight months pregnant but yearning to be with the saints and become an eternal family, Elizabeth sent William and their second son off to prepare a home for their family in Zion.

After the baby was born, Elizabeth’s family begged her to forsake her husband and her religion and stay with them. But fixed in her determination to follow the Savior, she left her family and homeland forever, sailing for Liverpool, England.

Rosalene grew up as the eighth child in a large and loving family near Cedar City, Utah. After marrying Joseph Pacini in the temple, Rosalene embarked on her own testimony-testing journey when Joseph started a career that would take her farther and farther from home. Then, like Elizabeth losing her first son to illness, Rosalene lost her mother to cancer.

“I had planned to happily live in my hometown and take care of my parents for the rest of my life,” she says. “It broke my heart to move away. And losing my mom was life-shattering. It took some time to gain perspective, but remembering Elizabeth’s experiences helped in that process.

“I have to believe that there were days when Elizabeth missed her home desperately. But she believed in Jesus Christ and allowed His Atonement to work in her life. That was enough to carry her through. It has helped me to rely on my Heavenly Father for strength, whether or not my earthly family is close by.” 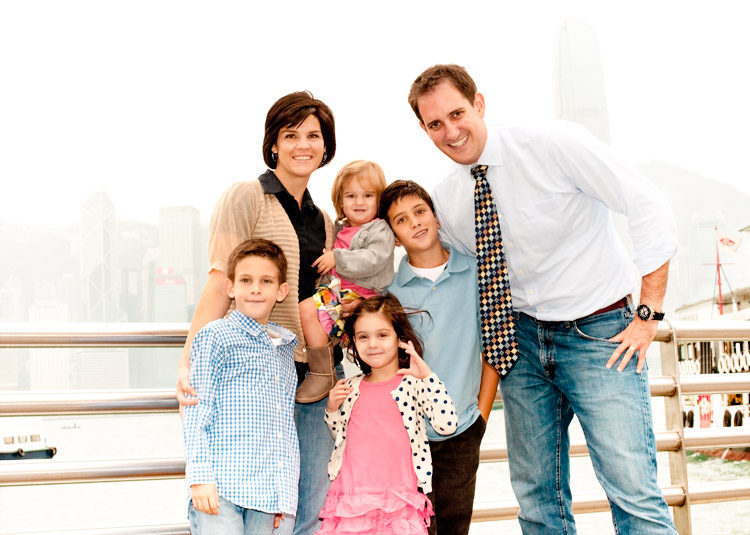 The Sting of Death

On the long journey by sea from India to England, Elizabeth’s infant daughter became seriously ill. She died and was buried in Liverpool. Elizabeth later said that losing her baby was so painful that she didn’t know if she could continue. Heartbroken and alone, but encouraged by Elder Franklin D. Richards of the Quorum of the Twelve Apostles, who was serving as president of the European mission, Elizabeth sailed for Boston.

Shortly after Joseph’s work took their growing family to New York, Rosalene went into preterm labor at 30 weeks. The doctors considered surgery to deliver the baby because his heart rate kept dropping. But when his heartbeat normalized, the family went home relieved.

At a follow-up appointment a few days later, there was no heartbeat.

“Losing my baby was heart-wrenching," Rosalene says. It was particularly difficult for her because the world didn't acknowledge his death since, legally, he was never alive. "I felt like the world wanted to move on as if he never existed, even though we followed his every move and heartbeat just hours before he died. I have never felt as empty as I did after they took his little body from my arms."

The family flew to Utah to bury him next to Rosalene’s mother. But for weeks after, Rosalene couldn’t leave.

“I understand Elizabeth wondering if she could go on,” Rosalene says. “But she did. We all find ourselves in that place from time to time. But we can't stop. We move forward by relying on our Savior more than we did before, and eventually we recognize the miracles that have surrounded us all along.”

The Winters of Life

After crossing an ocean, Elizabeth found herself in a completely new culture. She traveled by train to Iowa, USA, the end of the westbound railway at the time. Arriving in July 1856, Elizabeth joined the Willie Handcart Company.

The suffering of the Willie and Martin Handcart Companies is well-chronicled. The companies left late in the season and got caught in an early winter in the Rocky Mountains. Freezing and low on food, more than 200 died.

Among the rescue party sent by President Brigham Young was Elizabeth’s husband, William. The couple was reunited in deep snow and freezing wind.

After recovering in Salt Lake City, the couple ended their journey in Cedar City, only a few miles from where Rosalene’s began.

Like Elizabeth generations before, Rosalene soon found herself crossing an ocean to settle in an unfamiliar culture when Joseph took a position in Hong Kong.

Being in Asia, not far from Elizabeth’s homeland, Rosalene thought of her great-great-grandmother often as she struggled to adjust to new surroundings.

“Some people thrive on change and adventure, but it was almost too much for me,” Rosalene says.

She again found strength in her family’s stories, knowing that if Elizabeth could endure what she did to make it to Zion, surely Rosalene could make it through her own trials and help build Zion too. She soon came to love and appreciate the experience.

Others Have Passed This Way Before

As we strive to follow Jesus Christ, we all travel through trials—our own plains and oceans to cross and harsh winters to face.

But others have passed this way before. We can find strength in their stories of trust in the Savior, who suffered infinitely in order to succor us in our suffering.

Recognizing the strength she has gained from knowing her family stories, Rosalene and Joseph are passing those stories on to their children Joshua Xavier, William, Elizabeth, and Amelia (the name of Elizabeth Tait’s sister).

“Knowing their stories, we know they did hard things,” Rosalene says. “And we know why. Now it is my turn to carry that tradition of faith in Jesus Christ and dedication to His gospel, and pass it on to my own children so that they too can overcome trials and do what the Lord asks them to do.”

Learn more about gathering and sharing your family stories.

Family Stories in the Scriptures

Helaman recognized the power of connecting his children to family stories that had been passed down through writing and retelling. He told his sons:

“Therefore, my sons, I would that ye should do that which is good, that it may be said of you, and also written, even as it has been said and written of them” (Helaman 5:6­–7). 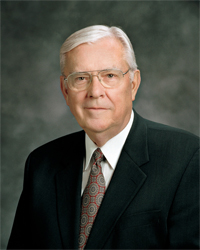 “No matter how difficult the trail, … we can take comfort in knowing that others before us have borne life’s most grievous trials and tragedies by looking to heaven.” —Elder M. Russell Ballard, “You Have Nothing to Fear from the Journey,” general conference, April 1997