The Lord commanded Noah to build an ark in which his family and “every living thing of all flesh” (Genesis 6:19) were saved from the Flood. Floodwater destroyed the wicked and all creatures that lived on the land except those in the ark. When the floodwater receded, Noah and his family exited the ark. The Lord gave them commandments and established with them the covenant He had made with Enoch.

Display the pictures Building the Ark and Noah and the Ark with Animals (Gospel Art Book [2009], nos. 7, 8; see also LDS.org). Ask students to describe differences they notice between the two pictures.

Invite students to consider what they can learn from the example of Noah and his family during today’s lesson.

Invite a student to read Genesis 6:13–16 aloud. (You may want to explain that Genesis 6:13 marks the end of the portion of the Joseph Smith Translation that we know as the book of Moses.) Ask the class to follow along, looking for specific instructions the Lord gave Noah to prepare for the coming destruction. Ask students to report what they find. You may need to explain that the phrase “pitch it” means to cover the ark with a tar-like substance to seal it and make it waterproof.

To help students understand the size of the ark, explain that a cubit was a unit of measurement used by the Hebrews in biblical times. The measurement is based on the distance between an adult’s elbow and the tip of the longest finger. You may want to measure this distance on some of your students. Point out that one cubit is generally estimated to be between 18 and 22 inches (45.72–55.88 centimeters). Invite a student to calculate the approximate size of the ark in modern measurements. For example, if using 18 inches as one cubit, the ark was 450 feet long (about 138 meters), 75 feet wide (about 23 meters), and 45 feet high (about 14 meters).

Invite a few students to take turns reading aloud from Genesis 6:17–22. Ask the class to follow along and look for what else the Lord directed Noah to do.

Ask a student to read aloud the following statement by President Spencer W. Kimball. Invite the class to listen closely and consider ways Noah demonstrated faith in the Lord as he prepared the ark.

“As yet there was no evidence of rain and flood. His people mocked and called him a fool. His preaching fell on deaf ears. His warnings were considered irrational. There was no precedent; never had it been known that a deluge [or flood] could cover the earth. How foolish to build an ark on dry ground with the sun shining and life moving forward as usual!” (Teachings of Presidents of the Church: Spencer W. Kimball [2006], 140–41).

Invite a student to read aloud the following statement by President Thomas S. Monson, who spoke of the faith Noah demonstrated by keeping God’s commandment:

“Noah had the unwavering faith to follow God’s commandments. May we ever do likewise. May we remember that the wisdom of God ofttimes appears as foolishness to men; but the greatest lesson we can learn in mortality is that when God speaks and we obey, we will always be right” (“Models to Follow,” Ensign, Nov. 2002, 61).

Remind students that the Lord sent Noah to preach repentance to the people, who were wicked. Noah warned them that if they did not repent, they would be destroyed by a flood.

To help students discover what happened to Noah and the people he preached to, invite them to take the following true-or-false quiz. (Before class, prepare a copy of the quiz for each student.) Ask students to first complete the quiz without using their scriptures. Then invite them to read Genesis 7 on their own or with a partner to check their answers. When they have checked their answers, review the answers as a class.

After you review the answers to the quiz as a class, invite students to report what they found interesting in Genesis 7.

As students develop their understanding of the context and content of the scriptures, they are better able to identify the doctrines and principles they contain. Ask students questions that help them draw conclusions and articulate clearly the principles or doctrines found in the text they are studying.

To help students feel the truth and importance of this principle, refer to a few of the things students mentioned that the Lord has asked us to do that might appear foolish to others. For each response, ask:

To help students apply the principle identified above, invite them to answer the following question in their class notebooks or scripture study journals:

You may want to encourage students to act on what they wrote by testifying of blessings or protection you have received by obeying the Lord’s commandments. 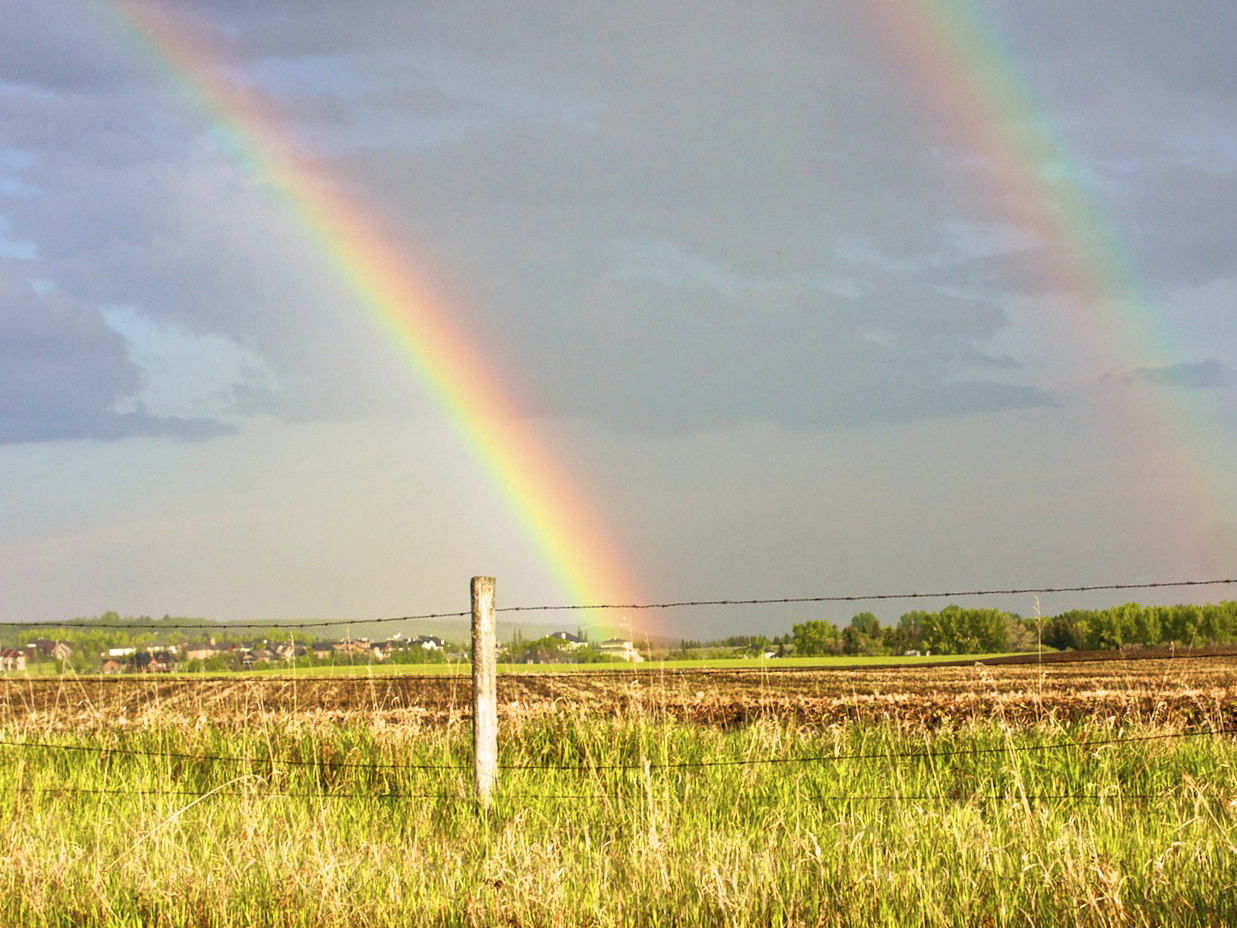 Draw a rainbow on the board.

Explain that after the Flood, a rainbow appeared. This rainbow had special meaning to Noah and his posterity. Invite students to look for why the rainbow was important to Noah as they discuss Genesis 8–9.

Summarize Genesis 8:1–9:7 by explaining that the waters on the earth gradually receded and the ark rested upon the mountains of Ararat. (Many believe that this site is in present-day Turkey.) Noah sent out birds to determine how far the water level had lowered. When a dove returned with an olive leaf, Noah knew the waters had receded. After Noah and his family had been on the ark for about a year, God directed them to exit the ark. Noah offered animal sacrifices to the Lord, gave thanks, and asked the Lord to “not again curse the ground any more for man’s sake” (see Joseph Smith Translation, Genesis 9:4–6 [in the Bible appendix]). The Lord commanded Noah and his family to multiply and replenish the earth, instructed them on how to treat living things, and commanded them not to shed man’s blood (murder). The Prophet Joseph Smith’s translation clarified these verses, showing that God will hold us accountable for how we treat the life of animals and that God explicitly commanded Noah’s family to preserve the life of other human beings—that “man shall not shed the blood of man” (see Joseph Smith Translation, Genesis 9:10–15 [in the Bible appendix]).

Invite a student to read Genesis 9:8–11 aloud. Ask the class to follow along, looking for a covenant God made with Noah and his sons. Ask students to report what they find.

Invite a few students to take turns reading Genesis 9:12–17 aloud. Ask the class to follow along and look for what a rainbow has to do with the covenant God made with Noah. (Explain that a token is a sign or symbol.)

Write the following truth on the board: God uses tokens as reminders of covenants. Explain that the rainbow became a symbol and reminder of God’s mercy to His children on earth.

Explain that Genesis 9:18–29 contains an account of an incident with Noah and his sons. This account can be difficult to understand. It appears that Ham disrespected something sacred. Even though we know that Ham’s actions were deliberate and the consequences were severe, we likely do not have all of the relevant details of the story. We therefore do not know exactly what happened or the meaning of what transpired.

Conclude the lesson by inviting students to share any additional insights they have learned from the life of Noah. Consider sharing your own insights.