Isabelle squinted up at the deep blue sky. There were no clouds in sight. She licked her dry lips.

Her parents were talking quietly with President Santiago, the stake president. The motor of the boat was so loud that she couldn’t hear them. But she knew what they were talking about. There was no more drinking water.

Isabelle tried to focus on the reason for their journey. They were going to the temple to be sealed as a family! She remembered hearing her parents talk about the beautiful temple in São Paulo ever since she was a little girl. Going there almost seemed like a fairy tale. After all, Isabelle’s family lived in Manaus, deep in the Amazon rainforest, and the temple was more than 2,000 miles (3,219 km) away.

Then President Santiago had planned a six-day trip to get there. More than 100 members had decided to go. “It will be a sacrifice,” Mamãe had told her. “But sacrifice brings blessings.”

At first the trip was exciting. They slept in hammocks on the deck of the boat, sang hymns, and read scriptures.

But then the drinking water had run out, and the river water was too dirty to drink.

Isabelle felt Mamãe touch her arm. “President Santiago is gathering us all together,” she said. “We’re going to pray for rain.”

Isabelle joined the group, and the prayer began. After the prayer ended, she felt cool air tickle her neck. She raced to the side of the boat and gasped. Gray storm clouds were moving toward them. Soon rain began to pour down! She opened her mouth to catch the raindrops on her tongue.

Isabelle grabbed a pan and held it out. She wanted to catch all the water she could. Everyone worked together, laughing and celebrating. Soon they were having a giant soaking party! The storm lasted for 15 minutes. It was long enough for them to get all the water they needed. It was a miracle.

Soon the boat reached land. But they still had 1,500 miles (2,414 km) to go. Everyone got on a bus for the rest of the trip. For days, the bus jolted over the rough roads. One time it bounced so hard that the windshield broke! Sometimes they rode through hot, crowded cities. But at least the roads there weren’t so bumpy.

Everyone was always grateful when they stopped at a village or town to eat. They ate at chapels or with Church members along the way. The first night, they arrived so late that Isabelle was afraid that no one would be waiting. “Don’t worry,” Mamãe said with a tired smile. “Look!”

The branch president and Church members were lined up across the road. They held a banner that read “Sacrifice brings blessings.” Isabelle smiled. Mamãe was right!

After three bumpy days, they finally reached São Paulo. Isabelle stood on her seat to get a better view as the bus drove around a curve. Suddenly everyone on the bus burst into cheers. “O templo! O templo!” They could see the tall, thin temple spire rising above rows of palm trees.

Everyone was exhausted, but no one wanted to rest. They wanted to be sealed right away. When it was time for her family to be sealed, Isabelle carefully dressed in white. As she walked into the sealing room, she saw her father beaming. Tears of joy streamed down Mamãe’s face. Their journey had been long and even dangerous. But the sacrifice was worth it, Isabelle thought. She smiled as she took her place to be sealed to her family forever.

In 2012, a temple was built in Manaus, Brazil, where Isabelle grew up. By then, Isabelle and the other children were grown up with families of their own. Many of them came to see this beautiful new temple and remember their own journey. Go to friend.lds.org during July to watch a video about the temple trip to São Paulo. 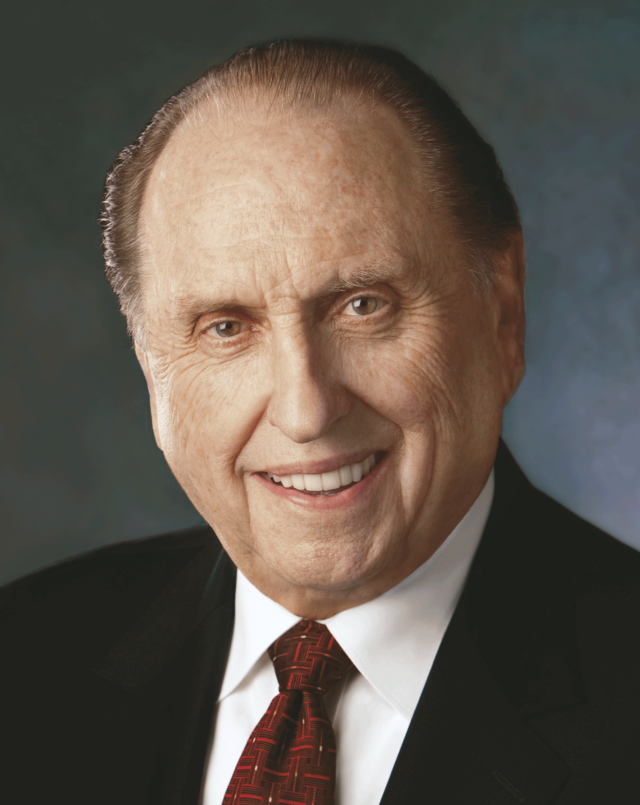 “The blessings of the temple are priceless.”