The Strength of Many 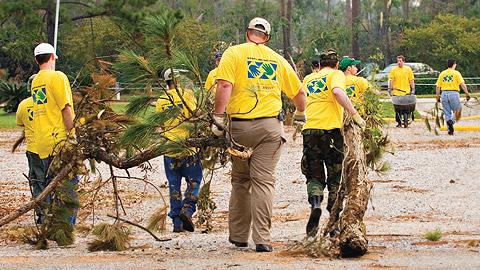 The Law of Fast

The Lord established the law of the fast to bless His people and provide a way to care for those in need. He instructed the Saints to “impart of your substance unto the poor, . . . and [it] shall be laid before the bishop . . . to administer to the poor and the needy” (D&C 42:31, 34). Fast offerings are a primary resource for the Lord’s storehouse. Church members are encouraged to give an offering at least equal to the value of the two meals not eaten while fasting. President Spencer W. Kimball (1895–1985) asked members to give “much, much more—ten times more where we are in a position to do it.”1

When we understand and live the law of the fast, our love and compassion for the less fortunate increase. Fasting, accompanied by prayer, is a form of true worship. When we obey the law of the fast, we gain spiritual strength, temporal blessings, and a greater desire to serve others.

President Thomas S. Monson taught: “The concept of fast offerings appears as early as the time of Isaiah when, speaking of the true fast, he encouraged people to fast and ‘to deal thy bread to the hungry, and . . . bring the poor that are cast out to thy house’ (Isaiah 58:7). The Prophet Joseph instituted the practice of collecting fast offerings for the poor in Kirtland, Ohio; later at Nauvoo, Illinois, the Quorum of the Twelve Apostles sent a general letter to the Church defining ‘the principle of fasts,’ stating: ‘Let this be an ensample to all saints, and there will never be any lack for bread: When the poor are starving, let those who have, fast one day and give what they otherwise would have eaten to the bishops for the poor, and every one will abound for a long time. . . . And so long as the saints will all live to this principle with glad hearts and cheerful countenances they will always have an abundance.’”2 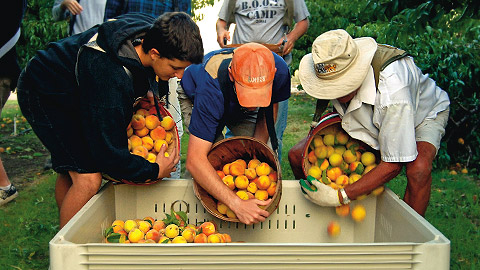 The production and processing of food to feed the hungry has been a cornerstone of the welfare plan since it was first introduced. What began as scattered gardens and work projects located throughout Utah became a vast network of over 1,000 farms and food-production projects run by the stakes and wards of the Church. Welfare farms operated in North America, Europe, Australia, and Polynesia. By the 1980s these farms and production facilities were consolidated, enlarged, and improved. Some smaller projects were sold.

As in the past, these farms and facilities are supported by members of the Church who provide most of the labor—all volunteer. Members contribute hundreds of thousands of days each year to produce, process, and distribute food that will be used to support the needy. Over 100 million pounds (45 million kg) of grain, beans, meat, fruit, vegetables, and other commodities are produced annually, ensuring that bishops have food available to support those in need. In areas of the Church where storehouses are not available or readily accessible, bishops and branch presidents use fast offerings to provide the needed commodities and services. 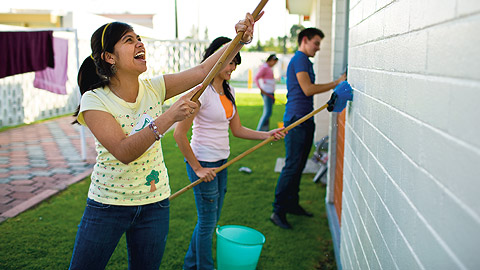 Since the welfare program was introduced in 1936, members of the Church have labored together to relieve the suffering of those who stand in need. Economic downturns, natural disasters, unemployment, sickness and disability, or times of loss have all required that the Saints work together under the direction of the priesthood to ensure that needs are met and that individuals and families are blessed. Over the years millions of members have willingly given of their time and talents to bless others and replace, as President Monson says, “the weakness of one person standing alone [with] the strength of many serving together.”3

When President Heber J. Grant spoke of the welfare system in 1936, he envisioned that “no new Church machinery” would be required but that “stake and ward organizations, the priesthood quorums, the Relief Society, and the various auxiliary organizations [would] render the maximum service [they] could furnish in the interest of the general welfare of the Church.” 4 The Lord had already established the organization needed to bless the poor and needy—priesthood quorums were in place, Relief Societies were organized, and the priesthood of God was on the earth.

The members of the Church, with their consecrated labor, their talents and abilities, become an integral part of the Lord’s storehouse. In addition to the fast offerings that are paid to the fast-offering fund of the Church, priesthood leaders can draw on the time, talents, abilities, and energies of all the members in blessing those who stand in need.

By accepting the opportunity to assist others in their hour of need, we demonstrate our love for God and His children. This is welfare in its purest light, and its faithful practice will exalt both the giver and the receiver, as envisioned by prophets in our day.

See many inspiring examples of welfare in the Church. 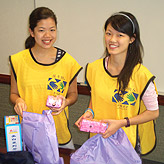 As part of the ongoing effort to meet people’s most basic needs, young women in Hong Kong assemble soap and other hygiene items for victims of disasters.