Ministry of Living Prophets and Apostles Reaches across the Earth

Living apostles visit many nations and peoples, at home and abroad, as part of their global ministry to share the gospel of Jesus Christ. 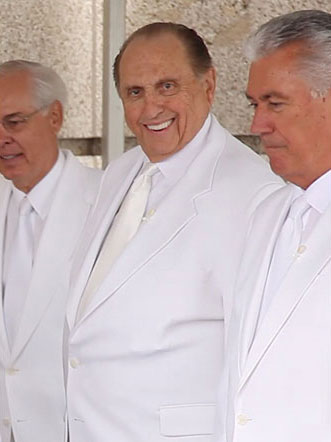 Including the dedication of a temple in Kyiv, Ukraine; apostolic prayers of dedication and blessing in six Balkan nations; meetings with Catholic Church officials at the Vatican in Italy; and ministering to people in other locations, the ministry of the First Presidency and the Quorum of the Twelve Apostles during the recent past evokes comparison with the ministry of the ancient apostles as recorded in the New Testament—the Acts of the Apostles.

The purpose of the ministry of modern apostles is to strengthen the faith of the 14 million members of the Church scattered throughout the earth and extend the gospel message to those lands and people that do not currently enjoy God’s blessings. Their work includes training local leaders, meeting with missionaries, building relationships with governmental officials and ministering to the needs of the growing Church membership.

A Temple in Ukraine 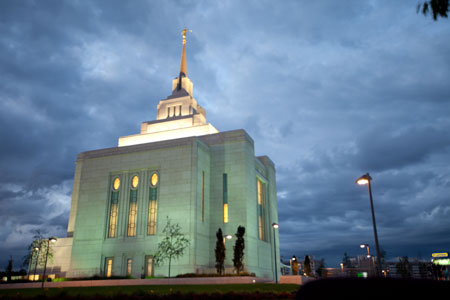 The temple dedicated in Kyiv fulfilled a prophecy made nearly two decades ago by then-Elder Boyd K. Packer, today President of the Quorum of the Twelve Apostles, that “in due time, the spires of temples will be seen across this great land.” That was in 1991, and in 1994, Elder Dallin H. Oaks of the Quorum of the Twelve Apostles made a similar pronouncement that if the Latter-day Saints of Kyiv remained faithful, “they were likely to see a house of the Lord, a temple, in Ukraine in their lifetime.”

Elder Russell M. Nelson of the Quorum of the Twelve also participated in the dedication.

Following the temple dedication in Kyiv, Elder Nelson traveled to several nations in Europe to minister to the people in lands. He met with Church leaders and members in Rostov-na-Donu and Moscow, Russia; Stockholm, Sweden; and Frankfurt, Germany; then visited and pronounced prayers of dedication and blessing in six Balkan nations: Bosnia-Herzegovina, Croatia, Kosovo, Macedonia, Montenegro, and Slovenia.

“This is the order of the Church,” Elder Nelson said. “In the 112th Section of the Doctrine and Covenants, the Lord says the Twelve are to go out and open the doors of the nations for the gospel, which will bless” the lives and communities of those who live its precepts. “The significance is that we turn the key so that the forces of righteousness can begin to flourish, to bless the people so they can learn the commandments of God and prosper in the land. We leave blessings of peace and harmony.”

He said, “This message is especially significant in this part of the world that has known war, devastation, and destruction through the centuries, even as recent as the 1990s.”

Elder Nelson noted that in 1985, when President Monson was a member of the Quorum of the Twelve Apostles, President Monson dedicated the nation of Yugoslavia for the preaching of the gospel. However, “since Yugoslavia has been dissolved, the First Presidency and Quorum of the Twelve felt it was proper now to go to the individual components of that former country and bless the people in the current political configuration.” He said it was a privilege to be of service to them.

An Apostle in Italy

Elder M. Russell Ballard of the Quorum of the Twelve Apostles visited Rome, Italy, in September, evoking memories of Christianity’s early history and joining with other Latter-day Saint leaders from the area in meeting with officials of the Catholic Church at the Vatican. Discussions centered on moral values, marriage, the family, and humanitarian relief efforts, Elder Ballard reported. “We’re interested in those basic fundamentals which are of joint interest to, I think, all people of faith,” he said.

“Those who care need to stand together and have their voices heard,” Elder Ballard said. “People of faith have just simply got to speak out. They’ve got to be together. And that’s the purpose of our visits,” he said, noting that “we had some very good discussions. We think we’ve made some great friends.”

While in Rome, Elder Ballard also visited with Latter-day Saints in the Rome Italy Stake Center and visited the site of the Rome Italy Temple. President Thomas S. Monson will preside at the groundbreaking for the temple on October 23, 2010.

Elder Ballard also stopped in Germany, Belgium, and Switzerland. In Europe, he said, the Church is “introducing the gospel to a lot more young people who are really looking for something in their lives.”

Ministers All over the World—Even at Home

While some apostles travel to distant lands, others minister to the needs of Church members and others closer to the headquarters of the Church in the United States. Those at Church headquarters also reach out using the electronic media of broadcasting and internet to magnify and extend their voice of hope and warning. This modern-day apostolic ministry reaches and blesses the lives of God’s children throughout the earth.

Much of the information in this article was taken from a Newsroom article published September 27, 2010, and from Church News articles published during August, September, and October 2010.