The Twelve and the Seventy, Part One: Revelation and the Role of the Seventy

Modern revelation and the growth of the Church have led to a deeper understanding of the relationship between the First Presidency, the Quorum of the Twelve Apostles, and the Seventy, President Boyd K. Packer of the Quorum of the Twelve Apostles said during an interview with Elder Ronald A. Rasband, Senior President of the Seventy. President Packer discussed how the role of the Seventy has evolved, based on the foundation established in the scriptures, to become crucial in extending the power and authority of prophets and apostles throughout the world, a role that is important for all members of the Church to understand.

“The history of the Seventies really goes back to the Old Testament,” President Packer explained. The first reference to the Seventy is found in Exodus 24:1, when the Lord commands Moses to bring seventy men of Israel with him to the mount to worship. Later when Moses felt his burdens were too heavy, the Lord instructed him to gather seventy elders “that they may stand there with thee” and “I will take of the spirit which is upon thee, and will put it upon them” (see Numbers 11:16–17, 25).

During Christ’s mortal ministry, He called the Seventy, instructed them in a manner similar to the Twelve Apostles, and sent them out “before his face,” explaining that those who heard their voices would hear His voice (see Luke 10 and Matthew 10:1, 16–17). President Packer noted that Stephen, who was martyred, was a Seventy (see Bible Dictionary, “Stephen”) and that “there is a pattern [in that] the Sanhedrin that governed the Hebrew world numbered seventy.”

“We believe in the same organization that existed in the Primitive Church,” President Packer said, quoting the sixth article of faith. “And it included Seventies.” 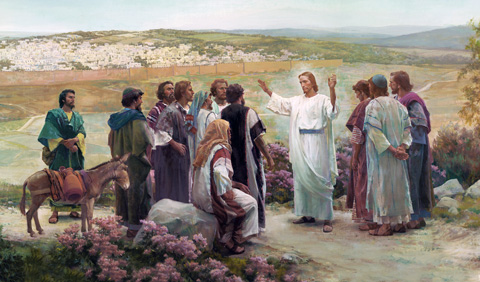 Jesus Christ sent His Apostles to preach the gospel unto all the world. In modern times, He has given a similar commission to the Seventy, under the direction of the Twelve.

The Unfolding Role of the Seventy

The Restoration brought with it revelations regarding priesthood offices, the relationship between the presiding councils of the Church, and the organization of quorums that strengthen and sustain each other in furthering the work of the Lord.

“There was a time I can remember when we could say that every stake president during that year had shaken hands with a member of the Twelve. And as the Church grew and grew in distant parts of the world, the question of how we would manage it, how we would teach it, how we would administer it [also grew and grew]. The answer, of course, is in the revelations. The answer is the Seventies. The Twelve, as the revelations direct, should ‘call upon the Seventy … instead of any others’ ” (see D&C 107:38–39).

During the interview, Elder Rasband asked President Packer to trace the history of the Seventy during the 50 years he has served as a General Authority and to explain how their role has become clarified and expanded through revelation. 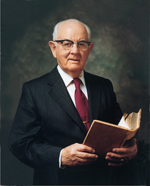 “When I first came to this building,” President Packer said, “there were seven Presidents of the Seventy, … venerable men that knew the history of the Church because they had lived it. The Seventies Quorum was not used much. There were a total of 26 General Authorities, and for the most part the Seventies would go out to stake conferences. They had no administrative duties at all. That was very comfortable. 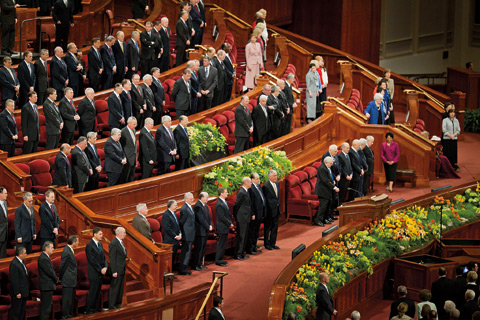 The First Presidency, the Quorum of the Twelve Apostles, the Seventy, and other Church leaders at a session of general conference.

President Packer said that questions were raised along the way, but the answers were always found by studying the scriptures and praying for inspiration. For example, “Would they all be General Authorities? That posed some problems that were solved when it was determined all the General Authorities did not need to live at headquarters.”

Later, he said, it was determined that the Seventy could reorganize stakes and call stake presidents, which brought “the whole doctrine of keys … into focus,” because stake presidents must have keys to preside.

“The stake president has to have keys, keys of the presidency of the stake. Well, if a member of the Twelve was there, he could easily give them. What would happen if it is a Seventy? Well, Seventies by delegation can do anything the Twelve tell them to do, and they can confer keys, which would be an extension of the keys of the Twelve.”

“We went through several steps of having regional representatives and area representatives and so on, and now we have Area Seventies,” President Packer said, responding to a question from Elder Rasband. “My statement on that is 'a Seventy is a Seventy is a Seventy.' An Area Seventy has the same authority, but it is proscribed by area, and the General Authority Seventies do not have that limitation. But an Area Seventy holds [the Melchizedek] Priesthood and has all the authority that you do as the Senior President of the Seventy.”

The Patterns of Revelation

President Packer said it is marvelous that Joseph Smith could have anticipated an organization that would expand to meet the needs of the Church worldwide. “The revelations came when he was a very young man,” President Packer said. “How he knew what he knew, I was going to say it was incredible. It is not, because he did not have to know much. All he had to do is follow the patterns of revelation.” 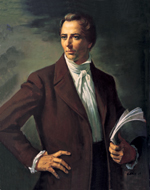 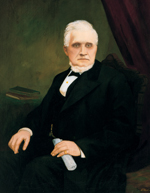 He noted that John Taylor, the third President of the Church (1808–1887), along with his counselors, “had a question about what to do with the Seventies. And so they prayed about it and pondered about it, and they wrote out a declaration which would be in the language of revelation. After they had it all written out, they went to the Lord.

“I have always thought that was very interesting that they thought and acted and prayed first, and then President Taylor received a revelation that says what they had written was the will of the Lord. And then the Lord told them at that time that anything else they needed in reference to the Church and how it would operate and the priesthood and how it would function would be given them from time to time. And that is the way it has been.” (See Messages of the First Presidency, 5:354.)

The video that accompanies this article includes excerpts from Elder Rasband’s interview with President Packer, as well as statements from Area Seventies concerning the relationship of the First Presidency, the Quorum of the Twelve Apostles, and the Seventy.

NOTE: This is the first in a series of three articles about the Twelve and the Seventy. The next article will review the role of the First Presidency and the Quorum of the Twelve in the calling and training of the Seventy.

The earliest mention of a Seventy in the scriptures is in the Old Testament (see Exodus 24:1, 9). The Lord did not want Moses to bear his burdens alone, so He instructed Moses to gather “seventy men of the elders of Israel … that they may stand there with thee” (Numbers 11:16). The Lord empowered the seventy elders by taking the spirit that was upon Moses and giving it to the Seventy. “When the spirit rested upon them, they prophesied, and did not cease” (Numbers 11:25).

During His mortal ministry, the Savior Himself called seventy to assist as His work expanded, saying, “the harvest … is great, but the labourers are few” (see Luke 10). He instructed them and “sent them two and two before his face into every city and place, whither he himself would come,” explaining that those who would hear their voices would hear His voice (see Luke 10:16). The Seventy returned “saying, Lord, even the devils are subject unto us through thy name” (Luke 10:17).

The Restoration of the gospel through the Prophet Joseph Smith included a restoration of priesthood authority, offices, and keys. The offices of the Melchizedek and Aaronic Priesthood related to the operation of the local Church were revealed in 1830 at the time the Church was organized. (See D&C 20.)

In February 1835, the Lord directed the Prophet Joseph Smith to organize the quorums of the Twelve Apostles and the Seventy and ordain men to those offices. Both the Twelve Apostles and the Seventy have the charge to be witnesses of Jesus Christ in all the world “thus differing from other officers in the church” (see D&C 107:23, 98). The Twelve are charged to “build up the church, and regulate all the affairs of the same in all nations” (D&C 107:33). The Twelve are to call upon the Seventy “when they [the Twelve] need assistance … for preaching or administering the gospel,” and the Seventy are to act in the name of the Lord and under the direction of the Twelve in building up the Church and regulating the affairs of the same in all nations (see D&C 107:34, 38).

The Seventy in the Church Today

Currently, there are more than 320 Seventy from 53 countries—and speaking 39 languages—serving in the Church. They are organized into eight quorums. Members of the First and Second Quorums are General Authorities of the Church and may serve anywhere in the world where called. Members of the Third through the Eighth Quorums are Area Seventies and are authorized to serve only in the area to which they are assigned. However, the authority of the General Authority and Area Seventy is the same with regard to assignments given by the Twelve.

For additional references, see the Topical Guide entry for “Seventy.”

This is the first of three articles about the Twelve and the Seventy.