“As one born and raised in Utah County, and as one with many ties to Payson and adjoining cities . . . I was thrilled with President Monson’s announcement of this Payson Temple,” Elder Dallin H. Oaks of the Quorum of the Twelve Apostles said. “The decision to build a temple in this place and the decision to name it the Payson [Utah] Temple were his decisions, and I know we all rejoice in these decisions of the Lord’s prophet.” 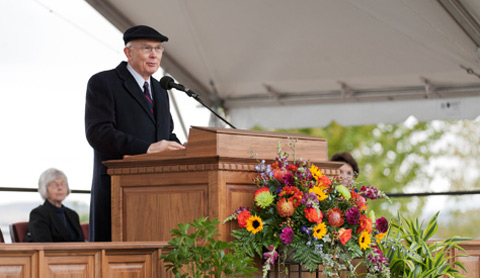 During the informal ​portion of the groundbreaking ceremony for the Payson Utah Temple, Elder Oaks gives instructions to participants. 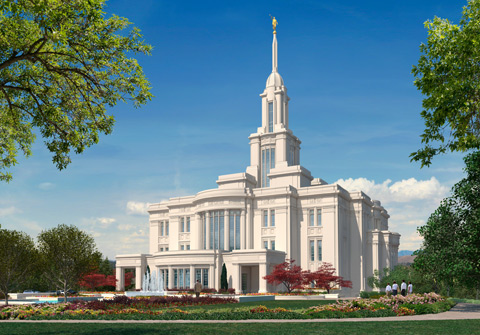 An artist​’s rendition shows how the temple will appear when completed.

A Special Building in a Special Place

“I’ve always considered Payson one of the four cities in which I was raised,” Elder Oaks told Church leaders, community officials, and Saints who gathered for the groundbreaking. “After the death of my father in 1940, I lived with my Harris grandparents on their farm adjoining the highway between Payson and Spring Lake. We can see the location of that farm—it is less than a half a mile from where I stand. During the time I lived with my grandparents, I finished my 3rd and 4th grades in the Peteetneet School. I was baptized in the ward building just northwest of that school.”

He continued, “I returned to their Payson farm to help my grandfather each summer during my early teenage years. During that time, I played with the Payson band during their summer concerts in the park and in their parades. Our family attended the Park Ward in the chapel still located at 1st South and 3rd West here in Payson. I participated in Scouting activities with the Scouts in the Park Ward and I gave my first talk in church in that Park Ward. . . . Finally, it was at a basketball game in the Payson High School in 1951 that I met June Dixon of Spanish Fork, who [later] became my wife. . . . 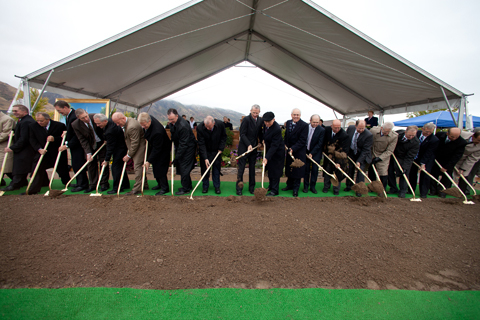 “In view of that background, you can understand my special pleasure at hearing the announcement of a temple in Payson and the joy I felt when President Monson assigned me to preside at this groundbreaking.”

A Beacon For All 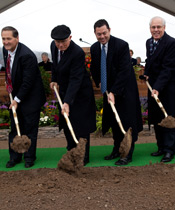 On a bluste​ry day, Elder Oaks (in hat) joins other Church and civic leaders in turning soil at the temple site.

Elder Oaks taught that temples stand as spiritual beacons in worldly darkness. “The Payson [Utah] Temple will be a dominant and visible influence on the millions who pass here by day and by night,” he said.

He added, “But we pray that this temple will be much more than a beautiful symbol and source of pride for the Saints in this part of Utah County. Every member of the stakes it serves should be temple worthy and temple attending so that the blessings of the house of the Lord will be a personal experience and a strengthening influence for all.”

Elder Oaks concluded with his testimony. “This temple will be His house. Here will be exercised the ordinances of His holy priesthood. This is His work, His plan. This is His Church. The ultimate purpose of this temple is the exaltation of the children of God.”