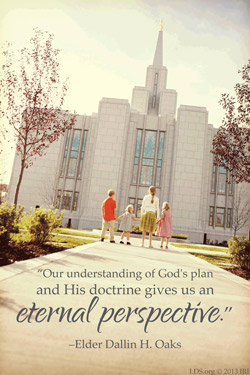 Our twelfth article of faith states our belief in being subject to civil authority and in “obeying, honoring, and sustaining the law.” But man’s laws cannot make moral what God has declared immoral. Commitment to our highest priority—to love and serve God—requires that we look to His law for our standard of behavior. For example, we remain under divine command not to commit adultery or fornication even when those acts are no longer crimes under the laws of the states or countries where we reside. Similarly, laws legalizing so-called “same-gender marriage” do not change God’s law of marriage or His commandments and our standards concerning it. We remain under covenant to love God and keep His commandments and to refrain from serving other gods and priorities—even those becoming popular in our particular time and place.

Read, watch, or listen to the full address.