My Mother Taught Me

Read what living prophets and apostles have shared about lessons they learned from their mothers.

Since we lived just a block or two from the railroad tracks, frequently men, unemployed, without funds for food, would leave the train and come to our house for something to eat. Such men were always polite. They offered to do some work for the food. Indelibly imprinted on my mind is the picture of a gaunt and hungry man standing at our kitchen door, hat in hand, pleading for food. Mother would welcome such a visitor and would direct him to the kitchen sink to wash up while she prepared food for him to eat. She never skimped on quality or quantity; the visitor ate exactly the same lunch as did my father. As he wolfed down the food, Mother took the opportunity to counsel him to return to his home and his family. When he left the table, he had been nourished physically and spiritually. These men never failed to say thank you. Tears in their eyes revealed ever so silently the gratitude of their hearts (“The Mighty Strength of the Relief Society,” Oct. 1997 general conference). 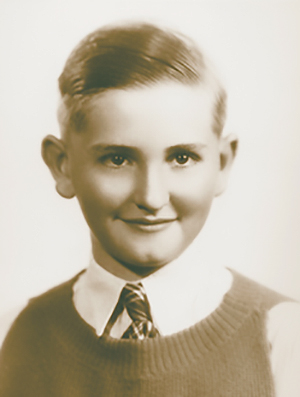 Thomas S. Monson as a boy

First Counselor in the First Presidency

There was a picture of the Savior on the bedroom wall where my mother was bedridden in the years before she died. She had put it there because of something her cousin Samuel O. Bennion had told her. He had traveled with an Apostle who described seeing the Savior in a vision. Elder Bennion gave her that print, saying that it was the best portrayal he had ever seen of the Master’s strength of character. So she framed it and placed it on the wall where she could see it from her bed.

She knew the Savior, and she loved Him. I had learned from her that we do not close in the name of a stranger when we approach our Father in prayer. I knew from what I had seen of her life that her heart was drawn to the Savior from years of determined and consistent effort to serve Him and to please Him (“Write upon My Heart,” Oct. 2000 general conference).

Henry B. Eyring with his mother, Mildred

Toward the end of World War II, my father was drafted into the German army and sent to the western front, leaving my mother alone to care for our family. Though I was only three years old, I can still remember this time of fear and hunger. We lived in Czechoslovakia, and with every passing day, the war came nearer and the danger grew greater.

Finally, during the cold winter of 1944, my mother decided to flee to Germany, where her parents were living. She bundled us up and somehow managed to get us on one of the last refugee trains heading west. …

… The example of our mother, even in the worst of times, to move forward and put faith and hope into action, not just worrying or wishful thinking, sustained our family and me and gave confidence that present circumstances would give way to future blessings.

I know from these experiences that it is the gospel of Jesus Christ and our membership in The Church of Jesus Christ of Latter-day Saints that strengthen faith, offer a bright hope, and lead us to charity (“The Infinite Power of Hope,” Oct. 2008 general conference). 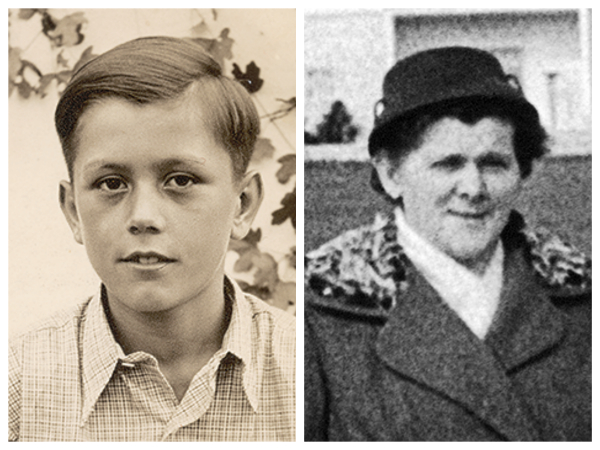 My mother understood the value of teaching her children about standards, values, and doctrine while they were young. While she was grateful to others who taught her children outside the home at either school or church, she recognized that parents are entrusted with the education of their children and, ultimately, parents must ensure that their children are being taught what their Heavenly Father would have them learn. My siblings and I were quizzed very carefully by our mother after we had been taught away from the home to be certain the correct lessons were reaching our ears and shaping our minds (“Mothers Teaching Children in the Home,” Apr. 2010 general conference). 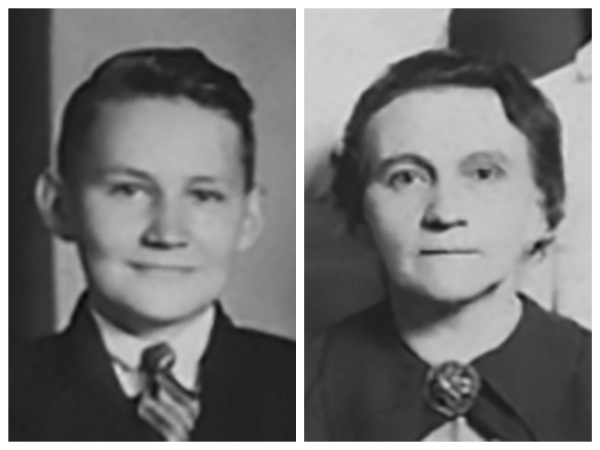 Mother was an accomplished musician. … How beautifully Mother sang to me whenever I was weary or not feeling well. She would cuddle me close to her and sing “Carry Me Back to Old Virginny.” To this day I can hardly sing that song without getting a lump in my throat because of its special significance. Mother taught me how to pray, and she listened patiently to my nightly prayers (“Friend to Friend,” Friend, Jan. 1986). 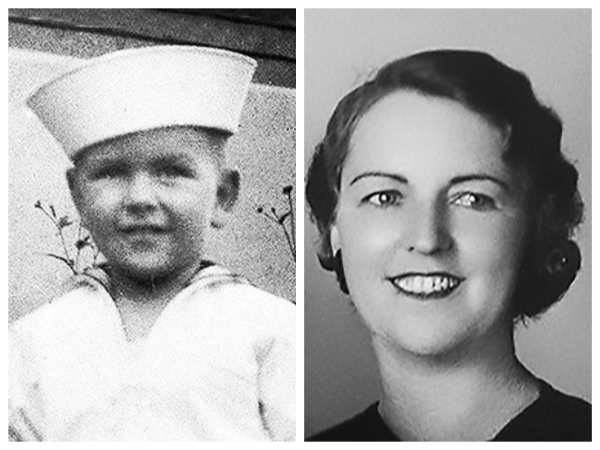 Russell M. Nelson as a child and his mother, Edna

My attitude toward the law of tithing was set in place by the example and words of my mother, illustrated in a conversation I remember from my youth.

During World War II, my widowed mother supported her three young children on a schoolteacher’s salary that was meager. When I became conscious that we went without some desirable things because we didn’t have enough money, I asked my mother why she paid so much of her salary as tithing. I have never forgotten her explanation: “Dallin, there might be some people who can get along without paying tithing, but we can’t. The Lord has chosen to take your father and leave me to raise you children. I cannot do that without the blessings of the Lord, and I obtain those blessings by paying an honest tithing. When I pay my tithing, I have the Lord’s promise that he will bless us, and we must have those blessings if we are to get along” (“Tithing,” Apr. 1994 general conference). 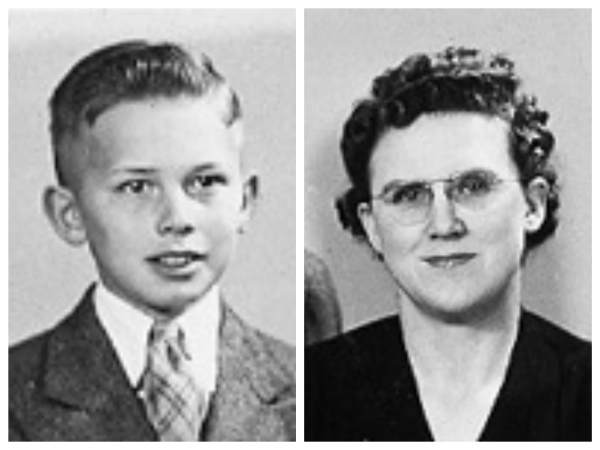 A young Dallin H. Oaks and his mother, Stella

Mother is a very soft, sweet, tenderhearted person. She has always been a good listener. I think that during my growing up years she was probably my best friend. … My mother and I had many good talks. She has always been a good cook, and there was homemade bread or cookies for us to eat whenever we came home from school. The best thing, however, was that Mother was always there after school to greet us (“Friend to Friend,” Friend, Feb. 1983). 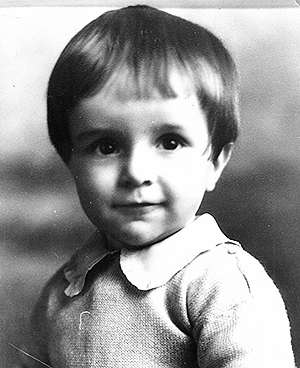 I remember as a young man asking permission to play baseball through dinnertime. “Just put my meal in the oven,” I said to my mother. She responded, “Robert, I really want you to take a break, come home, be with the family for dinner, and then you can go out and play baseball until dark.” She taught all of us that where family meals are concerned, it’s not the food but the family interaction that nourishes the soul. My mother taught that the greatest love we give is within our homes (“Our Duty to God: The Mission of Parents and Leaders to the Rising Generation,” Apr. 2010 general conference). 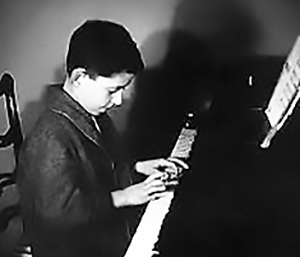 Robert D. Hales as a boy

My mother, who had never worked out of the home in her married life, took a job at a local department store so that my mission expenses could be met. And not one word of that was ever conveyed to me on my mission. Not a single word was said regarding any of it (“Because of Your Faith,” Oct. 2010 general conference).

I have fond childhood memories of my mother reading Book of Mormon stories to me. She had a way of making the scriptural episodes come alive in my youthful imagination, and I did not doubt that my mother had a witness of the truthfulness of that sacred record. I especially remember her description of the Savior’s visit to the American continent following His Resurrection and of His teachings to the people in the land of Bountiful. Through the simple consistency of her example and testimony, my mother kindled in me the first flames of faith in the Savior and in His latter-day Church. I came to know for myself that the Book of Mormon is another testament of Jesus Christ and contains the fulness of His everlasting gospel (see D&C 27:5) (“Clean Hands and a Pure Heart,” Oct. 2007 general conference).

When I was nearly five years old, my mother received word that her younger brother had been killed when the battleship on which he was serving was bombed off the coast of Japan near the end of World War II. This news was devastating to her. She was very emotional and went into the bedroom. After a while I peeked into the room to see if she was OK. She was kneeling by the bed in prayer. A great peace came over me because she had taught me to pray and love the Savior. This was typical of the example she always set for me (“In Tune with the Music of Faith,” Apr. 2012 general conference). 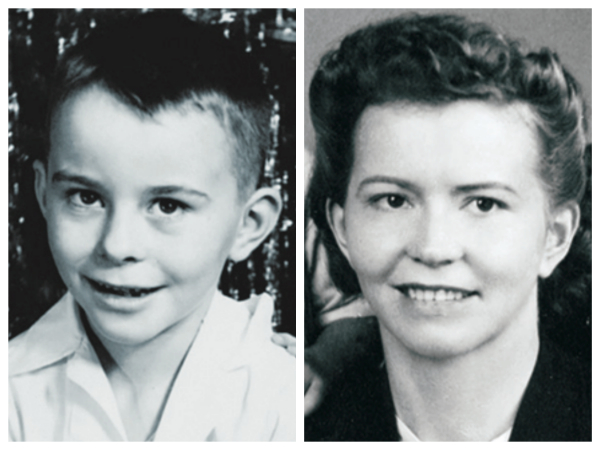 Quentin L. Cook as a young boy and his mother, Bernice

When I was about five or six years old, I lived across the street from a small grocery store. One day two other boys invited me to go with them to the store. As we stood coveting the candy for sale there, the older boy grabbed a candy bar and slipped it into his pocket. He urged the other boy and me to do the same, and after some hesitation we did. Then we quickly left the store and ran off in separate directions. I found a hiding place at home and tore off the candy wrapper. My mother discovered me with the chocolate evidence smeared on my face and escorted me back to the grocery store. As we crossed the street, I was sure I was facing life imprisonment. With sobs and tears, I apologized to the owner and paid him for the candy bar with a dime that my mother had loaned me (which I had to earn later). My mother’s love and discipline put an abrupt and early end to my life of crime (“Moral Discipline,” Oct. 2009 general conference). 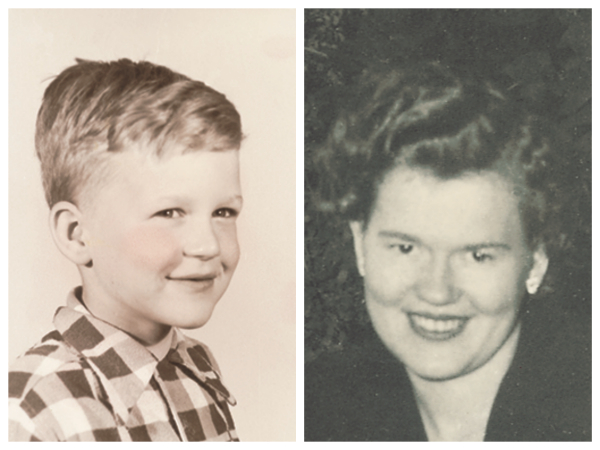