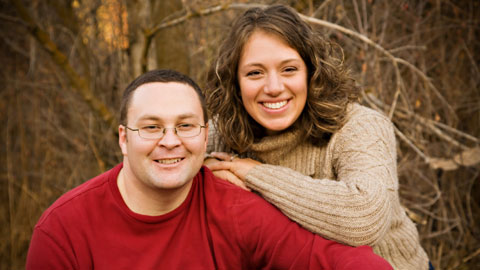 “Marriage is the shelter where families are created,” President Boyd K. Packer of the Quorum of the Twelve Apostles says. “Marriage is yet safe, with all its sweet fulfillment, with all its joy and love. In marriage all of the worthy yearnings of the human soul, all that is physical and emotional and spiritual, can be fulfilled.”

Elder Russell M. Nelson of the Quorum of the Twelve Apostles teaches that “each marriage starts with two built-in handicaps. It involves two imperfect people. … Harmony in marriage comes only when one esteems the welfare of his or her spouse among the highest of priorities,” Elder Nelson says. “When that really happens, a celestial marriage becomes a reality, bringing great joy in this life and in the life to come.”

“Marriage provides an ideal setting for overcoming any tendency to be selfish or self-centered,” Elder Richard G. Scott of the Quorum of the Twelve Apostles says. He instructs spouses to tell each other that they love each other and to express gratitude often. “That will make life far richer and more pleasant and purposeful.”

Elder Robert D. Hales of the Quorum of the Twelve Apostles explains that “celestial marriage is being true to the sacred covenants you make in that temple marriage ceremony—living celestial principles in the marriage relationship. A celestial marriage requires, after the vows are taken, a continuing consecrated life of worthiness leading to happiness and exaltation. If we live the laws properly, we will, with another individual and with our family, be able to have a little heaven on earth.”

“To be married in the sense that God expects us to be married, we must fully invest all that we have and all that we are in this person who has been bound to us through the power of the holy priesthood,” Elder Jeffrey R. Holland of the Quorum of the Twelve Apostles declares. “Of course some days are going to be more difficult than others, but if you leave the airplane’s escape hatch open because you think even before take-off that you may want to bail out in mid-flight, then I can promise you it’s going to be a pretty chilly trip less than fifteen minutes after leaving the ground. Close the door, strap on those seat belts, and give it full throttle. That’s the only way to make a marriage fly.”

We have everything we need to have successful, ultimately eternal marriages, says Elder David A. Bednar of the Quorum of the Twelve Apostles. “I testify that we have been blessed with all of the spiritual resources we need to learn about, to teach, to strengthen, and to defend righteous marriage—and that indeed we can live together in happiness as husbands and wives and families in eternity.”