Live in Faith Despite Uncertainty and Challenges 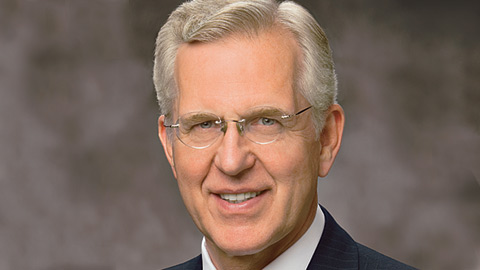 In a time when religious freedom is under attack, Latter-day Saints must live a life of faith rather than of fear, according to Elder D. Todd Christofferson of the Quorum of the Twelve Apostles.

“I believe that’s something required of all of us,” he said. “For our faith to truly be rooted and lasting, it has to be in Him, and it has to come from our knowledge of Him, more than observations or even experience.”

Elder Christofferson gave his counsel in an address at the annual Pioneer Symposium of the National Society of the Sons of Utah Pioneers in Salt Lake City, Utah, on May 7, 2011.

Elder Christofferson expressed concern that governments and citizens are increasingly inclined not to protect religious freedom. “We’re a worldwide church,” he said. “We’re not concerned only with what the situation might be in the United States but, of course, in every country.” He said the diminished stature of freedom of religion is a growing problem in many nations.

Elder Christofferson further noted that some, particularly in the U.S., are replacing the phrase “freedom of religion” with “freedom of worship.”

“Freedom of worship is a much smaller concept,” he said. “Religious freedom is so much broader than that. As you know, this freedom is not simply worship, but the practice of religion in all of its aspects: to organize, to meet, to proselytize, the freedom of people to change their religion if they choose—all of those rights are increasingly under attack,” he said.

Even in uncertain times, however, Latter-day Saints must strengthen their faith by acting on the will of the Lord, said Elder Christofferson.

He told of times when, following his calling as an Apostle, he looked at others in the Church, feeling they would be equally or more qualified to serve in that position.

“And so I say, ‘Why?’ And I haven’t received a full answer yet, but that hasn’t stopped me, and I hope it doesn’t stop you, that in whatever calling or assignment or opportunity comes to you, unanticipated perhaps, you would go forward in the meantime, not waiting until you have an answer,” Elder Christofferson said.

Elder Christofferson challenged listeners to honor their ancestors by living faithfully. He noted that many in the Church have pioneer ancestors who sacrificed daily to further the work of the Lord and His Church on the earth.

“The Lord has sent us to be strong, to honor Him, to do His work, and to call upon Him,” Elder Christofferson said. “And I guess if there’s any one thing that I have learned in these last three years serving in the Quorum of the Twelve, it is that He indeed does His work.”

The material in this report is taken from an article published by the Church News. Read the article.