Let Spirit Guide Use of Handbooks, Leaders Say at Training 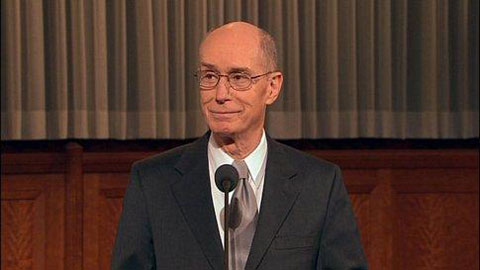 The leaders participated in panel discussions that reviewed the handbook’s emphasis on application of principles such as preparing spiritually, participating in councils, and ministering to others. They also looked at particular characteristics of the new handbooks, including the doctrinal foundation, principles of adaptation, focus on the work of salvation, and inclusion of women in councils. At the conclusion of the training, Elder Nelson shared the Brethren’s hopes regarding the handbooks’ role in administration of the Church.

Watch or listen to the worldwide leadership training held on February 12, 2011. For more information on the broadcasts, read News and Events articles on the Leadership Training Library and using the handbooks effectively.