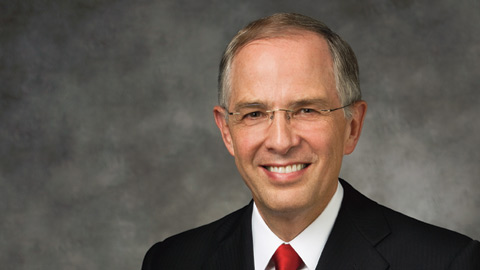 “Honesty, integrity, and truth are eternal principles that significantly shape our experience in mortality and help determine our eternal destiny,” Elder Neil L. Andersen of the Quorum of the Twelve Apostles said. “For a disciple of Christ, honesty is at the very heart of spirituality.”

Elder Andersen said that because honesty is an attribute of Heavenly Father, being honest is essential to spiritual progression. “It is a principle you all believe in,” he says, “but I promise you that if you will think about it more intently, pray about it more specifically and embrace it more fully, it will bring an abundance of blessings to you now, and throughout your life.”

Elder Andersen delivered his message at a devotional at Brigham Young University on September 13, 2011.

“The world would tell us that truth and honesty are difficult to define,” he said. “The world finds humor in casual lying and quickly excuses so called ‘innocent’ deception. The contrast between right and wrong is dulled, and the consequences of dishonesty are minimized.”

Disciples of Jesus Christ cannot subscribe to these kinds of false teachings, Elder Andersen said. “The standard for honesty is not determined through comparison with others. Ours is a divine standard. I speak to you as fellow disciples of the Lord Jesus Christ committed to His restored gospel and striving to keep His commandments.”

Be True to Yourself

“The Savior constantly rebuked those who professed one thing publicly but lived differently in their hearts. He praised those who lived without deception,” Elder Andersen said. “Can you see the contrasting difference? On the one hand, there is truth and light and honesty and integrity. On the other hand, there is lying, deceiving, hypocrisy, and darkness. The Lord draws a sharp distinction.”

Elder Andersen affirmed that each of us will face temptations to be dishonest, but choosing to be honest is vital. He says, “Learn now [that] when you give your word, when you make a promise, when you sign your name, your personal honesty and integrity bind you to your word, your commitment, your agreement.”

He promised that living an honest life will bring blessings. “I promise you that greater clarity will come into your life. You will feel the grace of the Savior as He leads you along to ever greater honesty, assuring you of His love and approval. You will know of His influence in the details of your life.”