Creativity Is a Spiritual Process 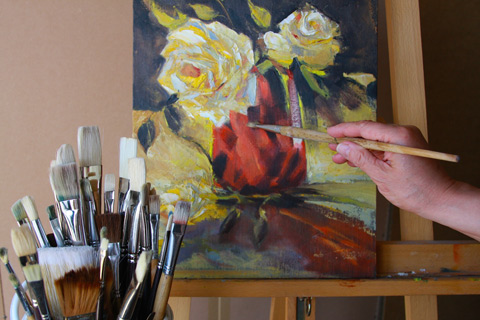 As a child growing up on Long Island, New York, Elder Robert D. Hales of the Quorum of the Twelve Apostles learned many lessons from his parents. He particularly recalls one experience when his father taught him about establishing the proper atmosphere for creativity.

“Father was a commercial artist for a large advertising agency in New York City,” Elder Hales explains. “On one occasion he was under tremendous stress to produce an advertising campaign. He had come home on a Friday evening and worked most of the night. Saturday morning, after a few hours working in the yard, he retired to his studio to create an advertising campaign for a new product.

“My sister and I found great delight in chasing each other round and round the dining room table, which was situated in a room directly over his head. He had told us to please stop at least twice, but to no avail. This time he came bounding up the steps and collared me. He sat me down and taught a great lesson. He did not yell or strike me even though he was very annoyed.

“He explained the creative process, the spiritual process, if you will, and the need for quiet pondering and getting close to the Spirit for his creativity to function. Because he took time to explain and help me understand, I learned a lesson that has been put to use almost daily in my life.” 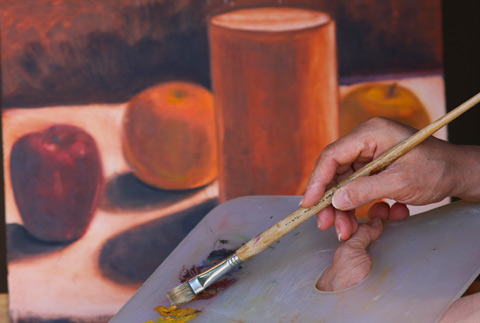 “To many,” Elder Hales says, “the word creativity simply refers to the cultural, performing, or visual arts. This is a very limiting definition. There are endless ways of applying creative reasoning.

“We have the ability to produce creative works in our daily activities. Creativity can also be used to find solutions to everyday problems by developing new ways of approaching the problems. I have seen such creativity during my lifetime.

Elder Hales tells of a creative solution used when he was elders quorum president of the Cambridge Ward in Boston, Massachusetts. “We found that we often lost track of incoming LDS students during the first few days of their arrival to attend universities in the area. Some of them never did associate with us in a strong, active way,” he said.

“So we developed a program called Project 48. It offered incoming students who would be members of our elders quorum a chance to stay with a quorum member for 48 hours. The quorum member helped the newcomer find a place to live. … Quorum members offered friendship and brotherhood to the arriving student and made sure he knew his way around.

“We bonded many new arrivals to our quorum this way. We didn’t lose them during the first critical hours in a new environment. Years later, Project 48 was still being used to welcome students in the Boston area. 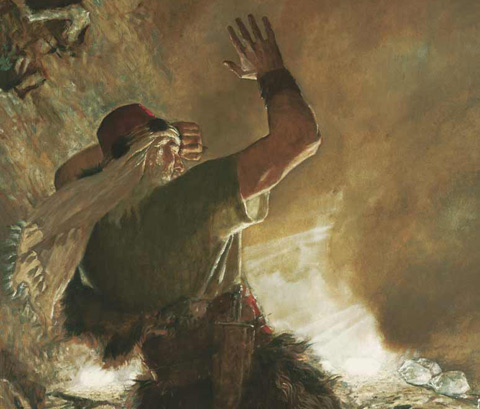 Elder Hales also talks about an event in the Book of Mormon that demonstrates how the Lord allows us to solve our own problems with His guidance.

“The brother of Jared had already built barges according to the Lord’s specifications. But there was no way of supplying light for the travelers inside. The brother of Jared prayed: ‘Behold, O Lord, wilt thou suffer that we shall cross this great water in darkness?’ (Ether 2:22). Too often in our prayers we only restate our problems. ‘And the Lord said unto the brother of Jared: What will ye that I should do that ye may have light in your vessels?’ (Ether 2:23). He was told he couldn’t use windows or fire. In life we are sometimes limited in the possible options we can use to solve problems.

“The brother of Jared’s solution was to take 16 transparent stones and ask the Lord to touch them. ‘Touch these stones, O Lord, with thy finger, and prepare them that they may shine forth in darkness … that we may have light while we shall cross the sea” (Ether 3:4). The Lord made the stones glow, and they worked perfectly throughout the voyage.”

Elder Hales says that there could have been other acceptable solutions to the same need for light. “Once, at home evening, my son suggested that the brother of Jared should have had the Lord put his finger in a can of paint. Then the glowing paint could have been applied to the boat’s interior. But the brother of Jared decided to use rocks, and the Lord accepted his solution.”

Elder Hales says: “The process of creative thinking reminds me time and again of the work we used to do on my uncle’s ranch. The steps used in growing crops offer a good guideline:

“1. Prepare the soil. Start with prayer to clear your mind and set the proper atmosphere. Research the problem thoroughly. Develop a positive attitude that a solution can be found. Establish an atmosphere of trust in yourself and in others.

“2. Plant the seeds. Investigate what you can do to help. Determine where you may need help. Ask for counsel when you are ready to act on the advice given to you, but don’t ask someone else to make the decision for you.

“3. Let the seeds grow. Don’t uproot your idea before it has a chance to grow. Back off and give the idea time to develop. But you must be willing to face failure with a willingness to try again.

“4. Examine your crops. Weed out ideas that don’t belong. Through obedience to the Lord, you are entitled to inspiration. Review D&C 9:7–9. Inspiration comes when we ask if we have made a correct decision.

“5. Harvest. The most productive farmers in the world would be unsuccessful if they didn’t harvest their crops. Do something about your ideas. Take the initiative to share your thoughts with others and to take action on your own.”

“How Will Our Children Remember Us?” Elder Hales