As Sacred as Solomon’s Temple 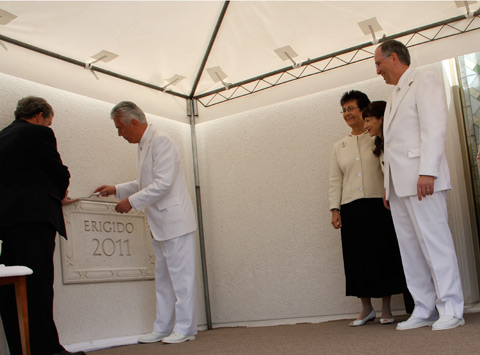 President Dieter F. Uchtdorf places mortar on the cornerstone of the Quetzaltenango Guatemala Temple as Sister Harriet Uchtdorf, Sister Kathy Sue Andersen, and Elder Neil L. Andersen of the Quorum of the Twelve Apostles look on.

As Sacred as Solomon’s Temple

President Uchtdorf was accompanied at the dedication by Elder Neil L. Andersen of the Quorum of the Twelve Apostles, who said at the cornerstone ceremony that it was a great blessing to be with the Latter-day Saints of western Guatemala. The dedication took place on December 11. 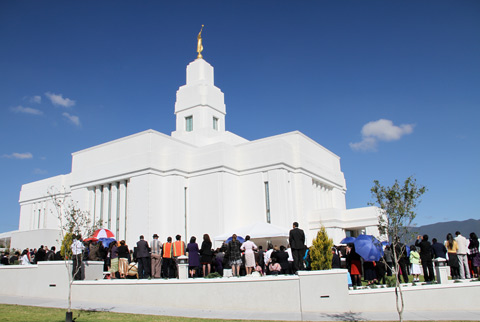 Members gather outside the temple prior to the dedication.

The day before the dedication, President Uchtdorf told some 2,400 youth from across the new temple district, “You are representative of the values of the temple to all the world.” Referring to the Mayan ancestry of many who live in Guatemala, President Uchtdorf said, “You are truly children of our wonderful Father Lehi.” He passed along President Thomas S. Monson’s greet to them and said President Monson is fond of cultural programs.

“There is such an abundance of goodness and strength and power coming from these events,” he said.