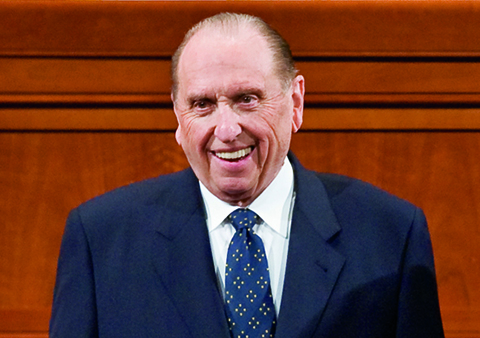 President Thomas S. Monson observed his 86th birthday on August 21. The following is a tribute from one of his longtime friends and associates, Elder Glen L. Rudd, who served in the Quorums of the Seventy from 1987-1992. While President Monson and Elder Rudd, 91, were not in the same circle of friends as young boys, they became acquainted and formed a lasting friendship as they served as young bishops at the same time. They worked closely together, particularly through the Church welfare program, as they helped meet the needs of members in their wards.

President Thomas S. Monson and I were born and raised within a mile of the Salt Lake Temple. We could easily walk into the middle of the city, but we lived over on the west side where many poor people lived. Fortunately, we had great opportunities to aid, assist, and bless people.

There were a lot of young people who grew up in our part of town, and we all knew one another pretty well because we all went to the same elementary school. Someone said, “Don’t wait to be a great man; right now become a great boy!” Tom must have known that, because that is exactly what he did. He is a great soul today and has been for many years. But from the time he was a deacon and throughout his years in the Aaronic Priesthood, he was an outstanding young leader in his own area.

The Lord sent special men to preside over that part of the Church in what was known as the Pioneer Stake. Fortunately, Tom and I got to meet the bishops and the leaders of the stake, particularly the men on the high council. Under the inspiration of Harold B. Lee, who was stake president at the time, and the leadership of President Paul C. Child, they built the first welfare storehouse on Pierpont Avenue. It served the stake from 1932 for about five years until other stake presidents decided to unite into a regional organization.

After about four years, the First Presidency—consisting of President Heber J. Grant, President J. Reuben Clark Jr., and President David O. McKay—made several visits to the storehouse. They watched it closely and finally decided that Harold B. Lee was the man to help multiply what was going on into a general Church welfare program. The First Presidency was in complete charge of what they wanted done. They released President Lee as the stake president and made him the managing director of what was to be known as the Church welfare program. For five years Brother Lee worked out the details for this great program. It was patterned after what was done in the Pioneer Stake. 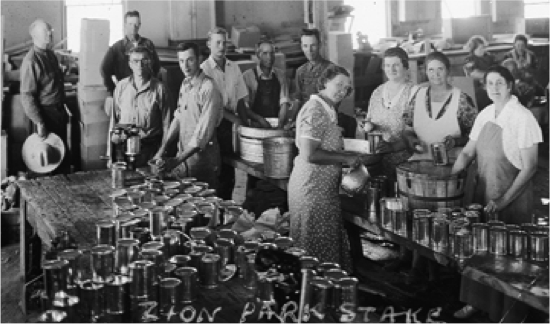 In 1936, the Church welfare program was announced, and within 30 days, the entire Church was organized into 14 different regions, with stake presidents in charge of their regions. The bishops were in charge of the distribution storehouses. The work started quickly but on a good foundation.

President Monson and I had the opportunity of being bishops for a number of years together while we filled thousands of bishops’ orders from the storehouse for food, clothing, and other items that were needed. He was a generous bishop. Years later he told me, “I was generous, but if I could be a bishop again, I would even be more generous than I was.”

I knew his people, and I knew how good he was. I was manager of Welfare Square, working particularly with Bishop Jesse Drury, who was the storehouse keeper at Welfare Square, so this made it easy to know what the different bishops were doing to fill welfare needs. No one in the Church at that time distributed more help than Bishop Monson, myself, or Bishop Rudy Luckau, who was also a bishop in our stake. Several times we were called in for distributing too much, but we were able to explain what we had been taught to do. We explained the instruction of Brother Lee, President Child, and other great leaders and said that we were only following the counsel of the Lord and His leaders. 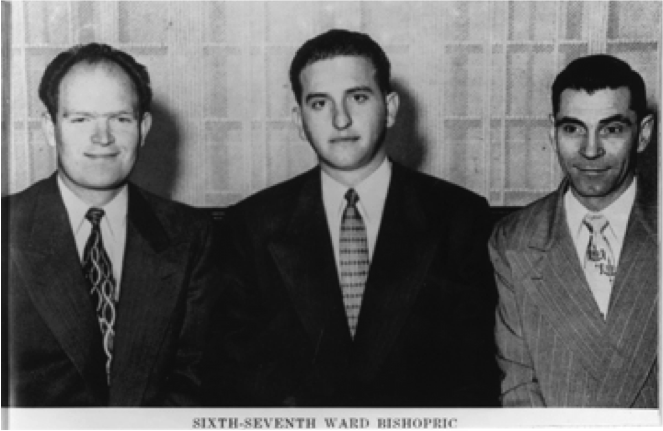 It was in these early days that President Monson was strengthened. He loved the young people and was particularly good to them and had a special love for the elderly. He never let a day pass without having some contact with them. It was a privilege that we young bishops were trained and taught in basic, fundamental doctrines and then were given the right and the authority to reach out to bless people.

I have known President Monson now for more than 65 years. I remember before he was married, my then-future wife, Marva, and I went on two or three dates with Tom and Frances. He and I went to many different meetings together, as well as several social activities. He was a brilliant young man who trained himself in every way. I honestly can say I have never known a young man in my life who worked harder to learn skills and acquire abilities. Those abilities not only helped him as a boy, but got him through school and put him in the position he has been in these last few years as a leader of a worldwide church. Tom wasn’t only a great boy. He is a great man.

Watch a video from the Church History website to learn how Bishop Thomas S. Monson helped rescue a family in need.

Be inspired by President Monson’s encouragement to serve those in need.