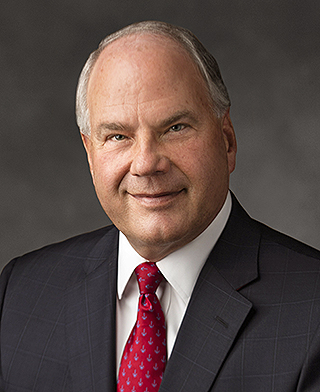 Following the call issued by Church President Thomas S. Monson to serve as an Apostle of Jesus Christ, Elder Ronald A. Rasband said a New Testament scripture came to mind that night as he pondered and prayed about the new assignment. “Ye have not chosen me, but I have chosen you, and ordained you” (John 15:16).

Born in Salt Lake City, Utah, on February 6, 1951, Elder Rasband says the scriptures have been a life-long source of personal guidance for him. As a 19-year-old he received a call to serve as a missionary. He hoped to be called to Germany where his brother and his father had served. As he privately opened the letter, he was perplexed to learn he would be serving in the Eastern States Mission headquartered in New York City.

“Ultimately I decided that I needed to get a testimony of this or I was going to be in a real sorry condition. I knelt down by the side of my bed and I prayed. You know, I’m just a 19-year-old, I didn’t have that much experience in the scriptures, but I grabbed my Doctrine and Covenants and it opened at the one hundredth section and I began reading. 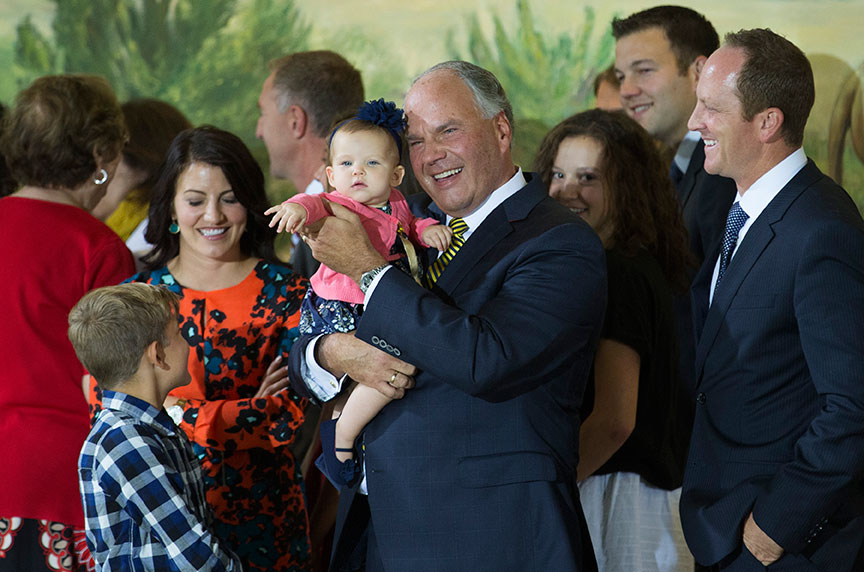 Elder Ronald A. Rasband greets family members October 2, 2015, following the afternoon session of general conference where his calling as a new Apostles was announced.

‘Therefore follow me and listen to the counsel which I shall give until you … and an effectual door shall be opened in the regions round about in this eastern land. Therefore, verily I say unto you, lift up your voices unto this people’ (D&C 100:2-3, 5).

“I had a witness come across me that not only should I be enthusiastic about that call but I knew it was exactly where the Lord wanted me to go. And I went from depression about my call to elation about my call that fast.”

In 1973 he married Melanie Twitchell. They are the parents of five children, all married, and 25 grandchildren. He attributes who he is to his companion of more than four decades.

“My wife has taken me like potter’s clay and molded me into something that really matters,” he said. “She knows when to draw me back, slow me down, and get it right. In large measure it’s her spiritual influence that has led to not only this beautiful and special calling but to everything that I’ve done spiritually. She’s kept me spiritually grounded.”

A long-time successful businessman, he became President and Chief Operating Officer of Huntsman Chemical Corporation in 1987. He credits the experience as helping him be more effective in life and in Church service. “I learned that people are the most important asset. I learned that if you take good care of your people they’ll take good care of you. I learned many, many leadership skills from the people that I worked with that have served me well as a general authority.” 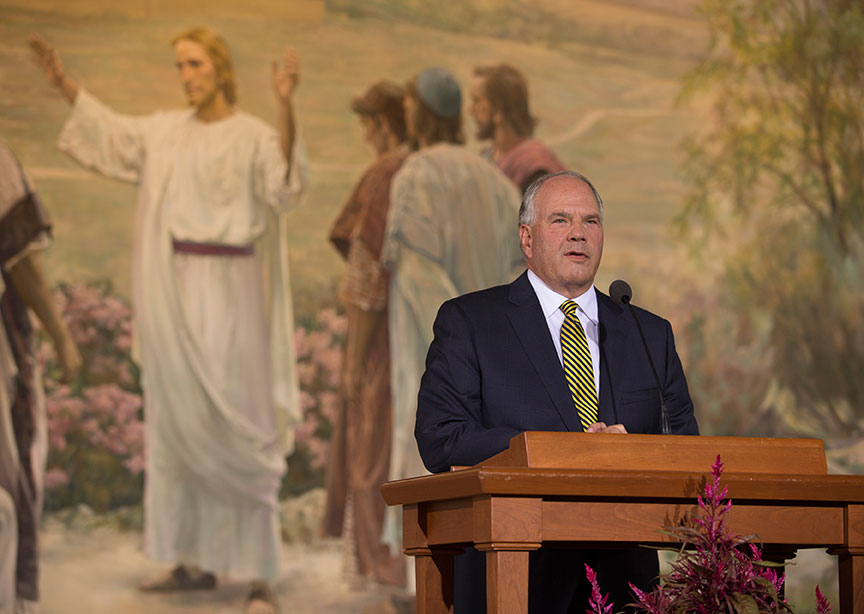 “The calling that brought me to my knees the most, and that was serving as a mission president,” he said. He oversaw hundreds of missionaries in the New York City area, serving with his wife. “My view is that it doesn’t matter what you’ve done in business. It doesn’t matter what your occupation has been in life. There is really nothing that can completely prepare you or even closely prepare you to be a mission president and companion. So I really learned to rely on the scriptures.”

“I really learned to rely on the Lord. I was on my knees more on that assignment than ever before in my life,” he continued, “I was caught in situations that I had no experience in, things I didn’t know how to deal with, and the Lord spoke to me through the Holy Ghost and I knew what to do. So I began to understand and learn the power of being spiritually dependent on a higher source.”

The various assignments as a general authority for the past 15 years have provided many opportunities to meet members of the Church worldwide. “One of the great joys about this new assignment is, we love the Latter-day Saints so very much. My wife has a cute phrase. She says, when we come home from one of these foreign trips we are often asked ‘did you get to do any sightseeing?’ and my wife will say quickly, ‘No we didn’t get to do much sightseeing but we did a lot of Saint seeing.’

As a special witness of Christ through serving as an Apostle, Elder Rasband said, “I can’t ever remember not believing in Jesus Christ. I have loved him since I learned of Him from the knees of my mother sharing scriptures with me and reading stories. I have just grown up in the Lord. I’ve always loved Him. I’ve always had a desire to serve Him. I love the Lord, I know He is God’s living Son, Jesus the Christ. I’m honored beyond my words to express, to have been called to serve Him up to this very moment, and I will devote my time, my talents, everything I have now ‘til the day I die. I’m committed to do it. I’m honored to do it.”