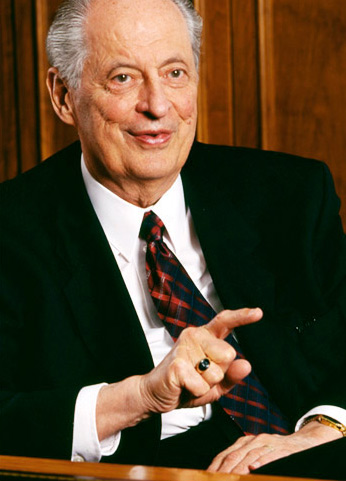 Elder Hales has frequently reminded those he counsels to return with honor. 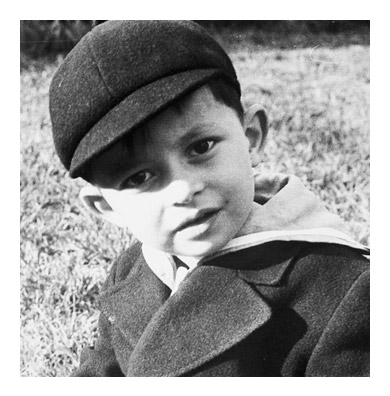 When Robert D. Hales was a graduate student at Harvard University, he was called to be the president of his elders quorum. He was willing to accept the call. But he also knew that because of the intensity of the courses required in his master’s of business administration program, professors discouraged students from participating in outside activities. He and his wife, Mary, prayed for guidance and discussed the calling together. As they did, Mary said, “I’d rather have an active priesthood holder than a man who holds a master’s degree from Harvard. We’ll do them both.”

The next day when Robert came home from school, he discovered that Mary had walled off a section of the unfinished basement in their apartment to create a small office. The office would give Robert a place where he could concentrate on his studies, so that he would be better able to fulfill his elders quorum calling.

In the Lord’s Hands

“I put myself in the Lord’s hands when I made that decision [to serve],” Elder Hales says now, many years later. Putting themselves in the Lord’s hands is the pattern Elder and Sister Hales have followed throughout their life together; they are a team committed to balancing family life, Church service, and career. And because they established that pattern early in their marriage, it was much easier to accept additional callings later on.

Elder Hales was born August 24, 1932, in New York City to J. Rulon and Vera Marie Holbrook Hales. He grew up on Long Island, New York, in a home where the gospel was the center of family life. Over the years his father and mother served in various positions in the Queens Ward, located 20 miles away. While serving in the bishopric, Robert’s father also found time to give personal attention to his children.

“When I was a deacon, my father took me to the Sacred Grove,” says Elder Hales. “There we prayed together and dedicated our lives. Then he talked to me of sacred things. When we got back home, my father, who worked as an artist in New York City, painted a picture of the Sacred Grove for me. I’ve always hung that picture in my office, and when I look at it, I remember my father and our talk that summer afternoon.” 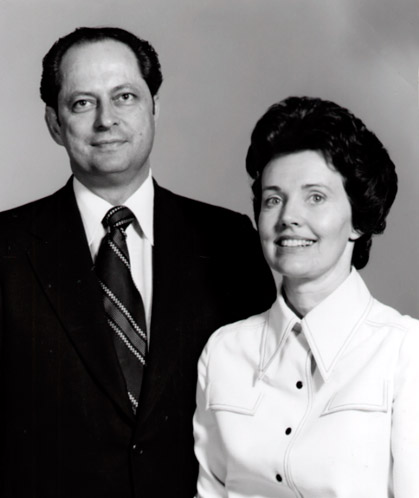 Elder Hales and his wife, Mary Crandall Hales, were married in 1953. Since their marriage, they have been a team committed to balancing family life, Church service, and career. 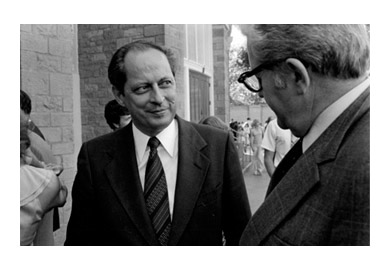 Elder Hales takes a moment to speak with a member in between sessions of general conference.

Don’t Wear Out Your Arm

As a high school freshman, Bob Hales was the starting pitcher for the school’s baseball team. One time when he was in a pitching slump, he caused the team to lose three games in a row, each by a score of 1–0. The headline in the school paper read, “Hard-Luck Hales Loses Again.” He took his uniform and went to tell his coach he was going to quit. When he got to the coach’s office, his coach said, “Do you know why you’re losing? Your pitching arm is tired at the end of the game because before the game when you’re supposed to be warming up, you’re out there impressing everybody with your fastball and curveball. You probably pitch [the equivalent of] two or three innings doing that. [Stop] showing off and you won’t wear out your arm.” Robert listened, and the next game he pitched a shutout.

When the time came for higher education, Robert went to the University of Utah but came home for the summer. While attending his home ward in Queens, he met Mary Crandall, also a college student. She had just moved from California to New York with her family. “After I met her, I never went out with anyone else,” says Elder Hales. “We were together every evening after work for the first two months sharing family activities. She’d help me wash my car, and I’d help her baby-sit her brothers; it was as though we were never going to be apart.” At the end of the summer, they both went back to college in Utah—Robert to the University of Utah and Mary to Brigham Young University. The following summer, on June 10, 1953, they were married in the Salt Lake Temple.

Robert graduated from the University of Utah in 1954 with a degree in communications and business and went into active duty in the United States Air Force. In 1955, Robert and Mary, with their newborn son, Stephen, moved to Florida. For four years, Robert served as a jet fighter pilot. Their second son, David, was born in 1958. 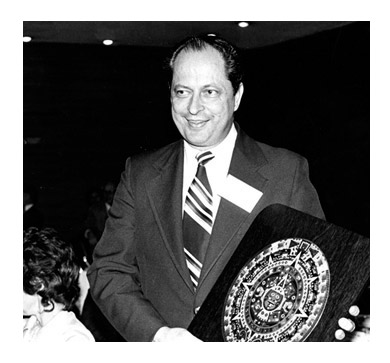 Elder Hales shows a memento received during a visit to Mexico.

Robert learned an important principle while serving in the air force. “Our unit motto was ‘Return with Honor,’” says Elder Hales. “This motto was a constant reminder to us of our determination to return to our home base with honor after we had expended all of our efforts to successfully complete every aspect of our mission.” As a father, he put his arms around each of his two sons before they left to serve their missions—Stephen to England and David to Germany—and whispered, “Return with honor.”

When Robert finished his active duty in the air force, the family moved to Cambridge, Massachusetts, where he attended Harvard. He graduated in 1960 with a master of business administration degree. Career opportunities quickly opened for him. He served in major executive positions with several prominent companies, and over the years the family lived in several countries as well as several locations in the United States. He served as the branch president in Albany, Georgia; as the first counselor in a branch presidency in Seville, Spain; as a bishop in Weston, Massachusetts; Chicago, Illinois; and Frankfurt, Germany; on the high council in Boston, Massachusetts, and London, England; as a counselor in the Boston stake presidency; and as a regional representative for the Minnesota and Louisiana regions. 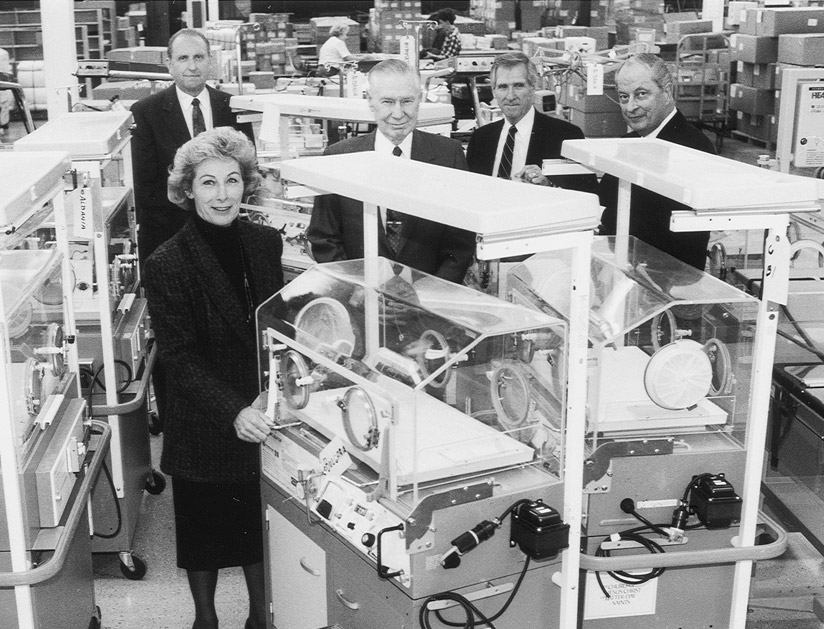 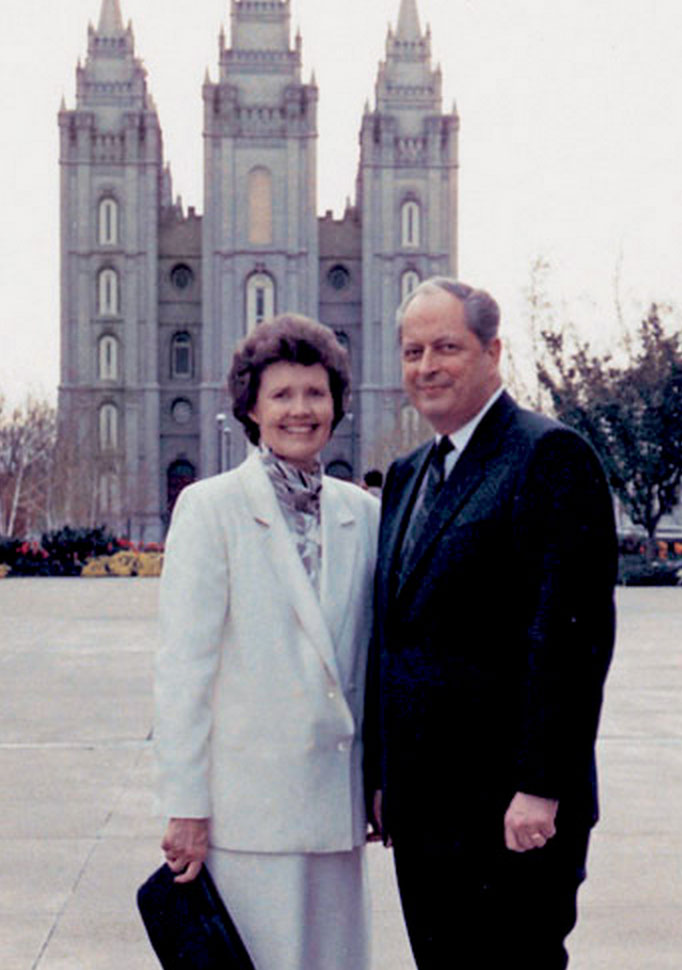 Elder and Sister Hales enjoy a moment together in front of the Salt Lake Temple.

Service as a General Authority

In 1975, he was in a board meeting when his secretary handed him a note saying President Marion G. Romney (1897–1988), Second Counselor in the First Presidency, was on the phone. Robert surprised board members when he left the meeting to take the call. President Romney asked him to serve as a mission president. Then, a short time later, President Spencer W. Kimball (1895-1985), twelfth President of the Church, called to ask if he would mind going on a different mission. He extended a call to Robert D. Hales to serve for the rest of his life as a General Authority of the Church.

As an Assistant to the Twelve and then as a Seventy, Elder Hales helped plan 27 area conferences for the First Presidency. “Watching prophets, seers, and revelators bearing witness of the truthfulness of the gospel to the Saints in city after city was absolutely wonderful,” he said.

After three years as a General Authority, Elder Hales was called as president of the England London Mission. Following that service, he was assigned as an area supervisor in Europe and worked closely with Elder Thomas S. Monson of the Quorum of the Twelve Apostles (now President of the Church), in supporting and strengthening Latter-day Saints in Czechoslovakia, East Germany, Hungary, and Poland.

From 1983 to 1984, Elder Hales served as Area President of the North America Southwest Area. In 1985, he was called to serve as Presiding Bishop and served in that calling until he was sustained as an Apostle on April 2, 1994.