Acting President of the Quorum of the Twelve Apostles 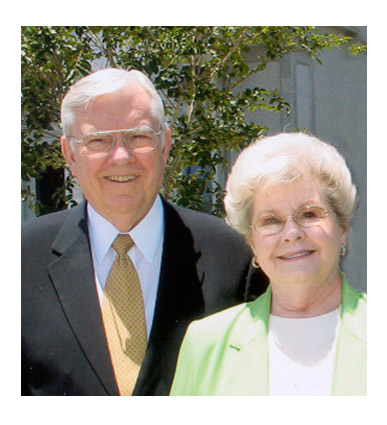 President M. Russell Ballard and his wife, Barbara, say the call he received to serve as an Apostle was a “sobering experience.”

His wife, Barbara, explains: “We were just ready to leave the house to go to conference. The phone rang, and it was President Hinckley, who asked my husband to come to the office. He thought he would perhaps be called on to speak in conference, since one of the speakers was ill.

“We were relaxed on the way to President Hinckley’s office and discussed what Russell might talk about if called to speak. When we got to the office, President Hinckley called my husband to be an Apostle. I almost thought, ‘Please say that again. I don’t know if I heard correctly.’ Russ looked at me with tears in his eyes. It was a sobering experience.”

Growing Up a Leader

M. Russell Ballard was born in Salt Lake City on October 8, 1928, to Melvin Russell and Geraldine Smith Ballard. He showed devotion to hard work early in life. He was a leader among his peers at East High School and the University of Utah. While in college, his fraternity brothers called him “the bishop.” They knew that, whatever the situation, he would be true to his standards and uphold his faith. 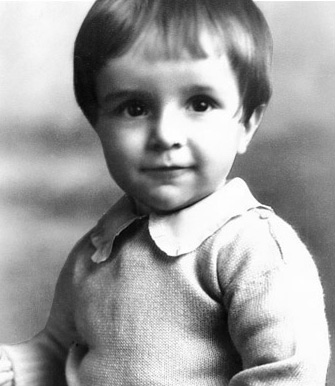 In 1949, as a 21-year-old missionary, he was called as first counselor in the presidency of the British Mission. Then, upon returning home in 1950, he met Barbara Bowen, who would become his wife.

“I met her at the University of Utah ‘Hello Day Dance.’ A friend of mine thought I ought to meet her, so he tagged in to dance with her, danced over to where I was, introduced me, and I danced with her thirty seconds before I was tagged out. That was the beginning of a courtship of eleven months.

“I knew from the beginning that I wanted to marry her, but she didn’t share the same feelings. It was a little hard convincing her. I kid her now that getting her to agree to marry me was the greatest sales job I ever did,” President Ballard said. They were married in the Salt Lake Temple on August 28, 1951. 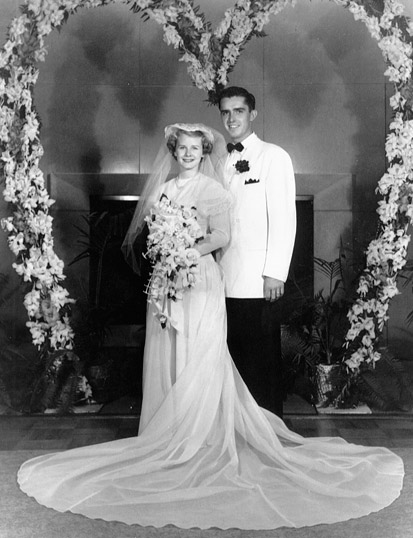 M. Russell Ballard and Barbara Bowen Ballard smile in an official wedding photo from 1951. “I kid her now that getting her to agree to marry me was the greatest sales job I ever did,” President Ballard says.

Professionally, President Ballard became involved in several enterprises, including automotive, real estate, and investment businesses. He was the top-selling salesman for his father’s car dealership when he left it in the early 1950s to pursue other business interests. In 1956 he returned and took over the Ballard Motor Company from his father.

In the late 1950s, he won the right to be the Edsel car dealer for Salt Lake City. His dealership became the most successful in the country. But in the end the Edsel failed and the motor company, and dealers around the country, lost hundreds of millions of dollars.

“It was a devastating experience,” he said. “The first part of my business career it seemed like everything worked. I was a little intolerant, I think, of those who were having trouble in business. But then I had trouble, and that helped me gain an empathy and understanding for people who struggle similarly.

“To me, failure is only when you quit trying,” he said. “If you keep working at a task and try to do what’s right and honest, ultimately it works out.” 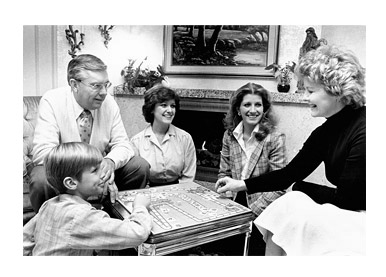 Family activities, including family home evening, are a high priority in the Ballard household of 1980. 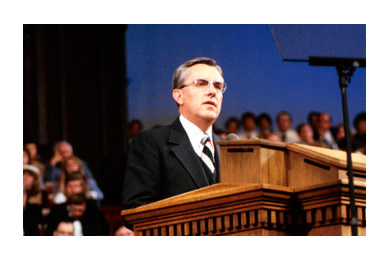 President Ballard speaks from the pulpit of the Salt Lake Tabernacle at the October 1978 general conference.

With President Ballard’s responsibilities in Church and business, it would have been easy for his wife and their seven children to become less than top priority. But that did not happen.

“He’s extremely devoted to his family, and they’ve always come first,” Sister Ballard said. “He was a bishop for many years and held lots of Church jobs, but those responsibilities have never been to the detriment of his family.”

For President Ballard, family relationships are as much a reality on the other side of the veil as they are on this side. As he spoke about accepting his call, President Ballard said that he felt a great closeness to his forefathers. He is the grandson of President Hyrum Mack Smith, who served in the Council of the Twelve from 1901 to 1918, and President Melvin J. Ballard, who served from 1919 to 1939. Both of their pictures hang on his office wall. The busts of his great-great uncle the Prophet Joseph Smith, his great-great grandfather Hyrum Smith, and his great-grandfather President Joseph F. Smith are also displayed prominently in his office.

“The spirit of Elijah has a powerful impact in the lives of all those of Heavenly Father’s children who are willing to ponder their forefather’s lives,” he said. “I’ll often sit in my office wrestling with assignments I have, thinking about how to better do things, and gain a great deal of strength looking at their countenances and realizing they’re not very far away.” 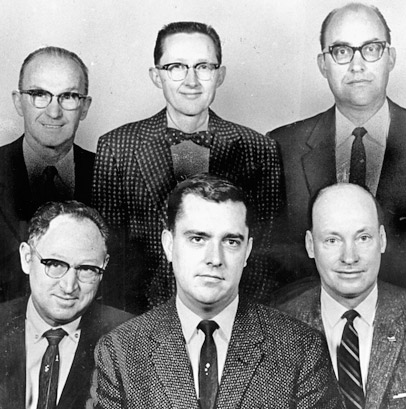 As a young bishop, M. Russell Ballard serves alongside his counselors, executive secretary, and clerks. 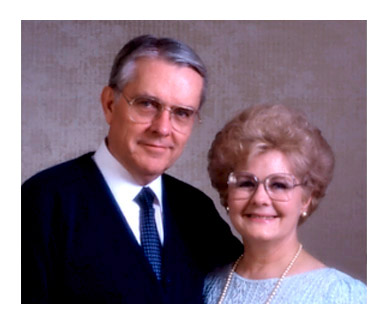 President Ballard treasures his marriage with his wife, Barbara. “I knew from the beginning that I wanted to marry her,” he says.

During the October 1980 general conference, President Ballard invited Church members who had an inactive or nonmember friend to commit to help that person come to the light of the gospel. He said, “I want to help you keep the commitment you’ve just made. I invite you to write to me when your time has come for some additional help. Send me the name of the person you seek to rescue, and I’ll write a letter of encouragement to him.”

Encouragement is exactly what he gave. President Ballard wrote more than 600 personal letters to people who needed help in gaining a testimony. The responses he received showed how people were touched by his concern. For example, one of the recipients of President Ballard’s letters wrote, “I feel that your letter was the real beginning of this fantastic change in my life, and I thank you from the bottom of my heart.”

“I don’t know how he cares for so many people,” said Sister Ballard. “I wonder sometimes, when is it his turn? He has this deep reservoir of care; he just gives and gives and gives.”

President Ballard was sustained to the Quorum of the Twelve Apostles on October 6, 1985.

President Ballard’s devotion to the gospel is based on the rock of his testimony: “I have strong convictions that those who are really anchored in their faith in the Restoration and the mission of the Prophet Joseph, and in the revelations that have come to the Church through him, which confirm and declare that Jesus Christ is the Son of God and that the gospel is upon the earth, will be able to handle whatever life passes to them.”