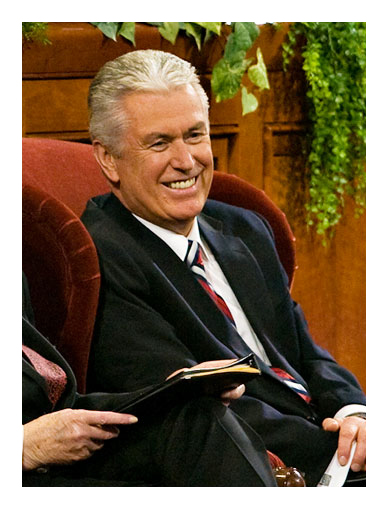 Elder Dieter F. Uchtdorf smiles at the congregation prior to a session of general conference. He often shares lessons he learned as a young boy and later as an airline pilot. 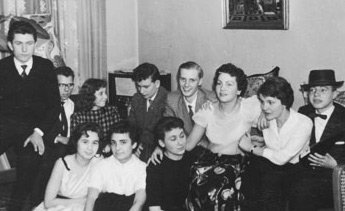 On December 17, 1973, the president of Lufthansa German Airlines received alarming news. Five terrorists had hijacked a Lufthansa 737 jet in Rome, Italy, and were making their way to Athens, Greece, with hostages on board. In an instant, Lufthansa’s president ordered into the air his chief pilot for the 737 fleet. Thirty-three-year-old Dieter F. Uchtdorf was to take a small group of emergency personnel and follow the hijacked plane wherever the guerrillas took it.

Eventually, with the help and intervention of many good people, the plane was allowed to land in Kuwait, the hostages were released, and Dieter was able to fly the hijacked plane back to headquarters in Frankfurt.

This mission, like so many others he had been on personally and professionally, was successfully accomplished. Unknown to him at the time, it was a portent of more important missions yet to come.

Dieter Friedrich Uchtdorf has been prepared to face challenges and bear responsibility all his life. Born in Ostrava, Czechoslovakia, on November 6, 1940, he was destined to see at every turn the devastation of war and the suffering innocent people endure because of the fateful decisions of others. His father, Karl Albert Uchtdorf, was conscripted into the German Army, leaving his mother, Hildegard E. Opelt Uchtdorf, to bravely fend for her little family in the midst of war. She left behind all of the family’s possessions and brought her family to Zwickau, Germany, to be on the western front as the Allies approached. After the war, the family was reunited. Because of political difficulties, they—for the second time in seven years—left every possession they owned and fled to Frankfurt, West Germany.

In Zwickau, the Uchtdorfs found the gospel of Jesus Christ. In his first message after being called to the Quorum of the Twelve Apostles, Elder Uchtdorf expressed his gratitude for the “sweet boldness” of the elderly woman who introduced his family to the Church. 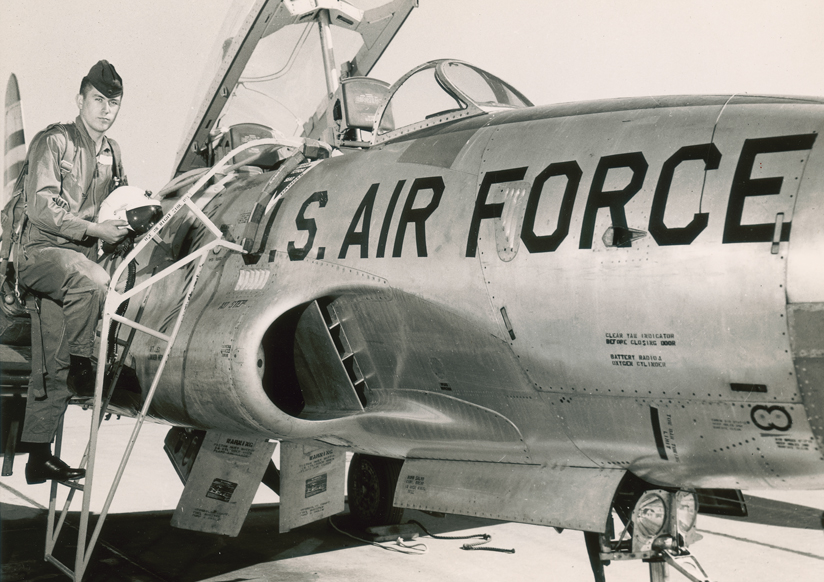 Although he was in the German Air Force, Dieter Uchtdorf also earned his wings in the U.S. 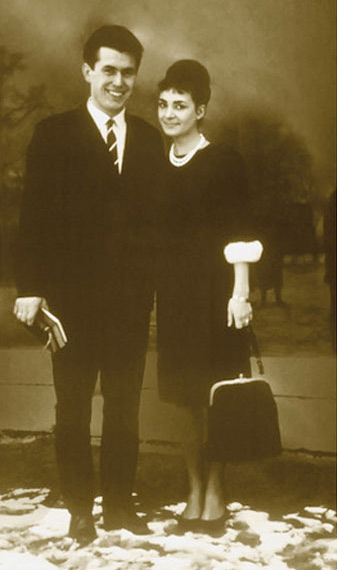 Dieter and Harriet Uchtdorf as newlyweds in 1962. Their marriage was sealed in the Bern Switzerland Temple.

A Lifelong Love of Flying

During his teenage years, Elder Uchtdorf’s love for flying “took flight.” At about age 14 he started riding his bicycle to the Frankfurt Airport, where he would gaze in awe at the planes. Occasionally he would be permitted to climb up to look into the cockpit and dream of the day when he might fly into the freedom of the skies. Little did he know that he would eventually master the handling of a dozen major airplanes. Furthermore, he could not have known then that he would be perhaps the most readily recognized and honored commercial pilot to walk through the gates of the very airport he now visited as a young boy.

That career started with an engineering education at age 18, followed by six years in the German Air Force. Then, in a reciprocal relationship between the German and U.S. governments, he entered fighter pilot training school in Big Spring, Texas, where, as a German, he won wings in the American Air Force as well. During his time in Big Spring, Elder Uchtdorf helped build a meetinghouse for the local branch of the Church, the sweetest memory he has of that important professional time in his life. In February 2011, he returned to Big Spring to rededicate the renovated meetinghouse.

In 1970, at age 29, Dieter Uchtdorf made captain with Lufthansa, a rank he was once told he could never achieve until late in his career. Then in a rather meteoric rise, this airborne Wunderkind was made manager of the 737 fleet (1972), director of the Arizona training school (1975), chief pilot and head of cockpit crews (1980), and finally senior vice president of flight operations (1982). 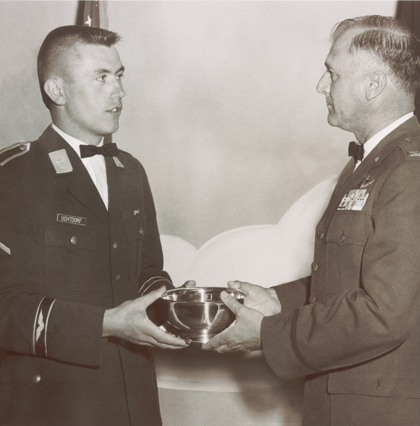 Elder Uchtdorf met his future wife, Harriet Reich, as they attended meetings of the Church’s Mutual Improvement Association. They were married on December 14, 1962, and were sealed in the Bern Switzerland Temple. He calls Harriet the sunshine in his life. Her support is a continuous source of strength. They are so conspicuously in love with each other that it is a joy to be in their presence.

The Uchtdorfs’ now-married children, Guido Uchtdorf and Antje Uchtdorf Evans, agree that they had a wonderful childhood. Antje particularly remembers the quiet times with her father. Guido loved the “visits” he had with his father and recalls that his father was always teaching by example.

Guido and Antje learned from their parents the importance of time together as a family. Whether an outing was educational or recreational, it helped strengthen family ties. 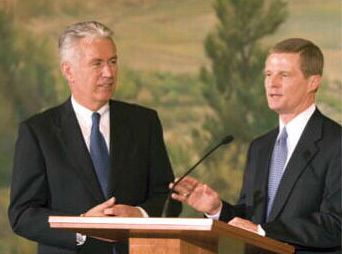 At a news conference shortly after they were called as Apostles, Elder Dieter F. Uchtdorf and Elder David A. Bednar responded to questions from the media. 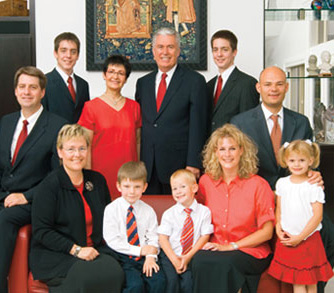 The Uchtdorf family in 2006. His children say he has always taught by example.

“One cannot study the life of this great man without also gaining a sense of his foreordination for the great responsibilities that are now his,” said then-Elder Russell M. Nelson of the Quorum of the Twelve Apostles in an article published at the time Elder Uchtdorf was called as Second Counselor in the First Presidency. “This doctrine is taught by ancient and modern prophets. Alma taught that priesthood leaders ‘were ordained—being called and prepared from the foundation of the world according to the foreknowledge of God.’”

One time while piloting an airplane, Elder Uchtdorf survived a steering control failure that led to a condition that, uncorrected, would cause the plane to crash. By listening to and following the Spirit, Elder Uchtdorf was able to fix the problem and make a successful emergency landing. He acknowledges the hand of the Lord in allowing him to survive such an ordeal.

The mathematical probability of this Czechoslovakian-born child of a convert family surviving such a challenging childhood and a risk-laden life and then being called to serve in the First Presidency is most unlikely. “But,” as Elder Nelson said in 2008, “the Lord has known and loved this special man from before the world was formed. Yes, he has been foreordained for his duties as a leader in The Church of Jesus Christ of Latter-day Saints.”

Below: the Quorum of the Twelve Apostles in 2018.