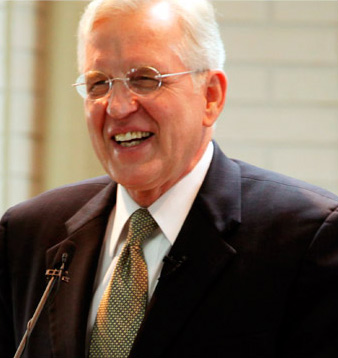 Elder Christofferson speaks with precision and clarity, and believes in the power of prayer.


As a teenager living in Somerset, New Jersey, Todd Christofferson participated in the cast of the Hill Cumorah Pageant near Palmyra, New York, for two summers. During the production his first year, he remembered his former bishop had encouraged the youth to never give up striving with the Lord until they had “burned into [their] hearts a testimony of the gospel.”

Todd had taken the words of his priesthood leader seriously and had prayed about his testimony. But there in Palmyra, the cradle of the Restoration, he determined this was the time and place he was going to get a confirmation.

“One night after the performance, I went to the Sacred Grove alone,” he remembers. “It was a beautiful summer evening. I entered the grove, and began to pray. I prayed very diligently for an hour, maybe more—and nothing happened.” 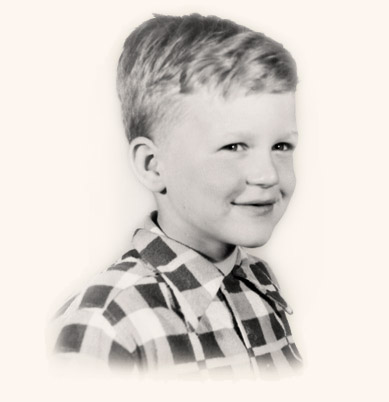 As a boy, Todd was eager to help wherever he saw a need.

After some time, he gave up and left. Disappointment consumed him. Why hadn’t Heavenly Father answered his prayer?

In what seemed like no time at all, the pageant ended, and Todd returned home.
A month later, as he was reading the Book of Mormon, he received his answer.

“Without my asking for it, the witness came,” he recalls. “It came without words, actually stronger than words, and I received a very powerful spiritual confirmation—the kind that leaves no doubt—about the Book of Mormon and Joseph Smith.

“Looking back on that experience, I realize that we can’t dictate to God when, where, or how He will speak to us. We just have to be open to receive what He disposes, when He disposes it. It comes according to His will, and it can come to us wherever we are.” 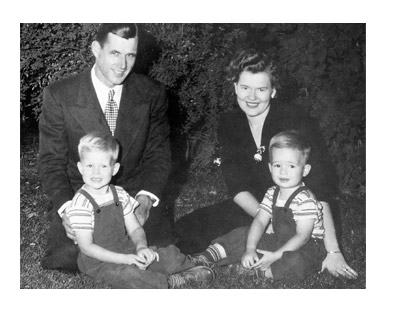 Young Todd Christofferson sits with his parents and brother. His parents remember him as an obedient and happy child.

Todd’s parents, Paul Vickery and Jeanne Swenson Christofferson, remember him as an obedient, happy son. They also recall that he was eager to help wherever he saw a need. When Todd was 13 years old, his mother underwent significant surgery as part of cancer treatment. Elder Christofferson’s father, who was with her at the hospital, learned that Todd had gathered his brothers to pray for their mother.

The surgery was successful, but it limited Sister Christofferson’s ability to complete some routine household tasks. Todd knew how much his mother loved homemade bread—and how difficult it would be for her to continue to make it. He asked his grandmother to teach him how to bake bread, and he made it regularly for his family until he left for college several years later. 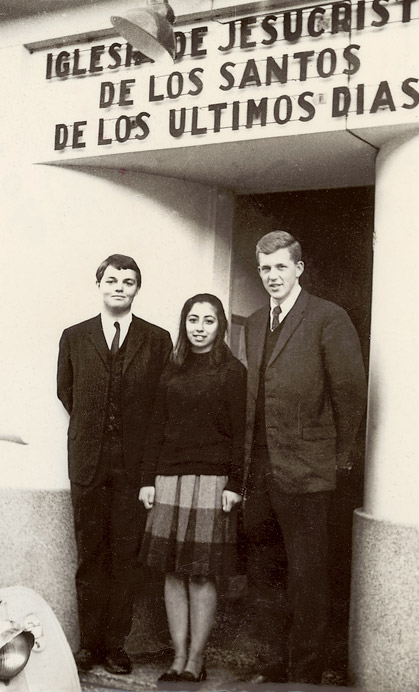 Elder Christofferson and his companion, Elder Robert Cook, pause for a photo with a new member of the Church in the Villa Maria Branch in Cordoba, Argentina, in 1966.

When Todd was about 15 years old, his father took a new job in New Brunswick, New Jersey. At the time of the family’s move, Lindon, Utah (where they had been living), had very few people, so the transition to the more populated setting of New Jersey was a dramatic shift for the entire Christofferson family. Still, the next several years—full of new places, people, and opportunities—would be some of the most formative of Todd’s life.

After graduating from high school, Elder Christofferson attended Brigham Young University for a year and then left in September 1964 to serve in the Argentina North Mission. His love for the people and cultures of Latin America has remained a significant part of his life. 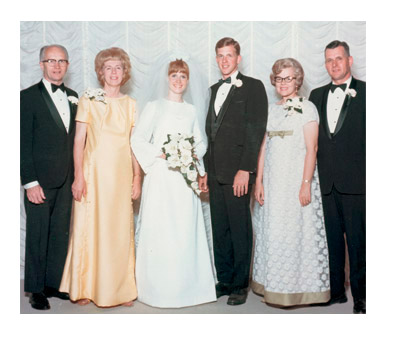 Elder Christofferson married Kathy Jacob on May 28, 1968. The couple met at BYU.

During his mission, Elder Christofferson learned from “two exceptional mission presidents,” President Ronald V. Stone and President Richard G. Scott, who eventually became a fellow member of the Quorum of the Twelve Apostles.

“[Elder Christofferson was] an exceptionally outstanding missionary whose devotion and capacities were evidence that he would have a life of unusual significance,” said Elder Scott.

Elder Scott also recalled a particular incident when he saw Elder Christofferson have a bicycle accident in which he damaged his suit and slightly injured his hands. But he was undaunted. Elder Scott says, “He brushed himself off, climbed onto the bicycle, and headed off for an appointment with his companion.”

After returning from Argentina in December 1966, Elder Christofferson again enrolled at BYU, where he met Kathy Jacob. As they dated, their love grew and matured and they married in the Salt Lake Temple on May 28, 1968.

Both Elder and Sister Christofferson graduated from BYU in 1969. Elder Christofferson continued on, pursuing a law degree at Duke University. When he completed his schooling in 1972, he was hired as a law clerk to federal judge John J. Sirica, who would soon preside at the Watergate trials and proceedings well-known in U.S. history.

Elder Christofferson had planned to clerk for one year and then work for a prominent Washington, D.C., law firm, from which he had received an employment offer. Elder Ralph W. Hardy, now an Area Seventy, has spent his career as a member of that firm and remembers that in those difficult Watergate days, Judge Sirica called the firm’s managing partner and said, “I can’t let Todd go. He is too valuable. He is the only person I can talk to.” As a result, Todd assisted Judge Sirica throughout the Watergate proceedings.

Following his clerkship, Elder Christofferson fulfilled an active duty requirement with the U.S. Army, followed by eight years in the inactive reserves. He completed his military commitment as a reserve Army captain. 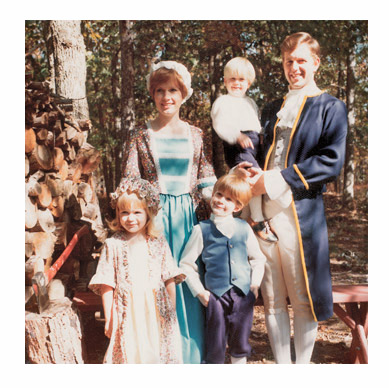 Learning about history by role-playing was part of having fun together as a family for the Christoffersons.

Over the next 20 years Elder Christofferson had a distinguished legal career. At the time of his call to the Seventy, his work had taken the family to Washington, D.C.; Nashville, Tennessee; and Charlotte, North Carolina.

The five Christofferson children describe their upbringing as loving, caring, and centered on gospel principles.

Elder Christofferson’s son Peter recalls serving as his father’s home teaching companion during a particularly busy period in his father’s life. Elder Christofferson was working as corporate legal counsel and serving as stake president, but he still made time for teaching his children. “I was inspired by my father’s faithfulness in being a great home teacher, despite having limited time,” Peter recalls. “One of the sisters we visited was a shut-in. Father cared for her tenderly, making sure that she always had the sacrament and that her needs were met.”

His daughter Brynn remembers her father as being very thoughtful. Just two days after she left home to attend college, she received flowers from him at her dormitory. The accompanying note said simply, “Have a great semester.” 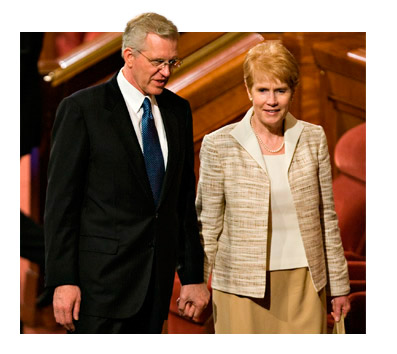 Elder Christofferson said that when he received his calling as an Apostle from President Thomas S. Monson, it initially “seemed impossible.”

“The Apostles are people I’ve admired and followed and listened to all of my life, and it seemed impossible for me to be one of them,” he said.

He is quick to emphasize that we all rely on the Lord—the same Source of his answers when he was a teenager looking to solidify his testimony. “I am a great believer in the power of prayer,” he says. “We can always turn to prayer. Sometimes it’s all we have left, but it’s always sufficient for the need.”