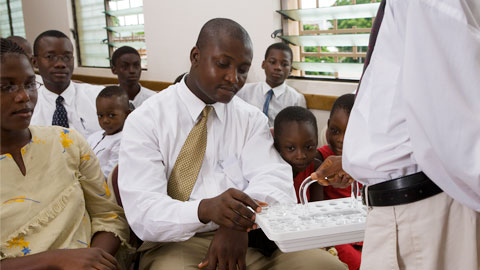 In April 1989, Elder David B. Haight (1906–2004) of the Quorum of the Twelve Apostles was excused from speaking in general conference as he recovered from a serious operation. When he spoke in general conference six months later, he testified of sacred spiritual experiences that had occurred during his physical health crisis. “I was being taught,” he recalled, “and the eyes of my understanding were opened by the Holy Spirit of God so as to behold many things.”

Elder Haight spoke of experiencing a “panoramic view” of the Savior’s ministry, from His baptism and teachings to the Crucifixion, Resurrection, and Ascension. In testifying to all, Elder Haight focused particularly on the sacrament, emphasizing the “overwhelming love” of the Savior at the Last Supper, as well as our responsibility to partake reverently and worthily.

“Worthy partakers of the sacrament are in harmony with the Lord and put themselves under covenant with Him to always remember His sacrifice for the sins of the world.”

Read “The Sacrament—and the Sacrifice,” which was reprinted in the April 2007 Liahona.