Poor wireless access point (AP or WAP) installation can degrade the speed and performance of the wireless network. Below are some “best practices” to consider when installing a wireless network in a building. It is understood not all buildings are the same and the recommendations below may not be practical in all buildings. 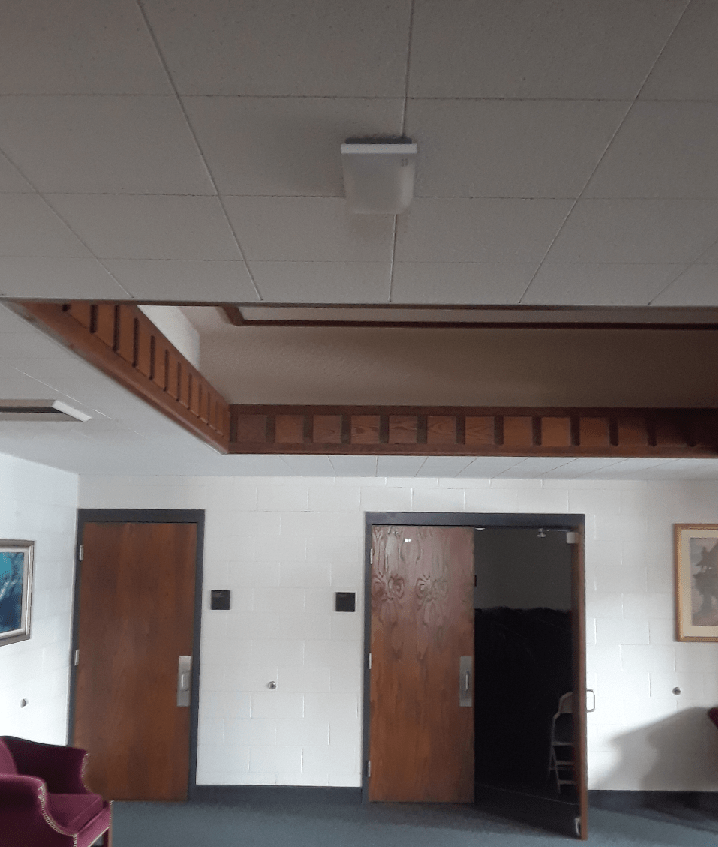 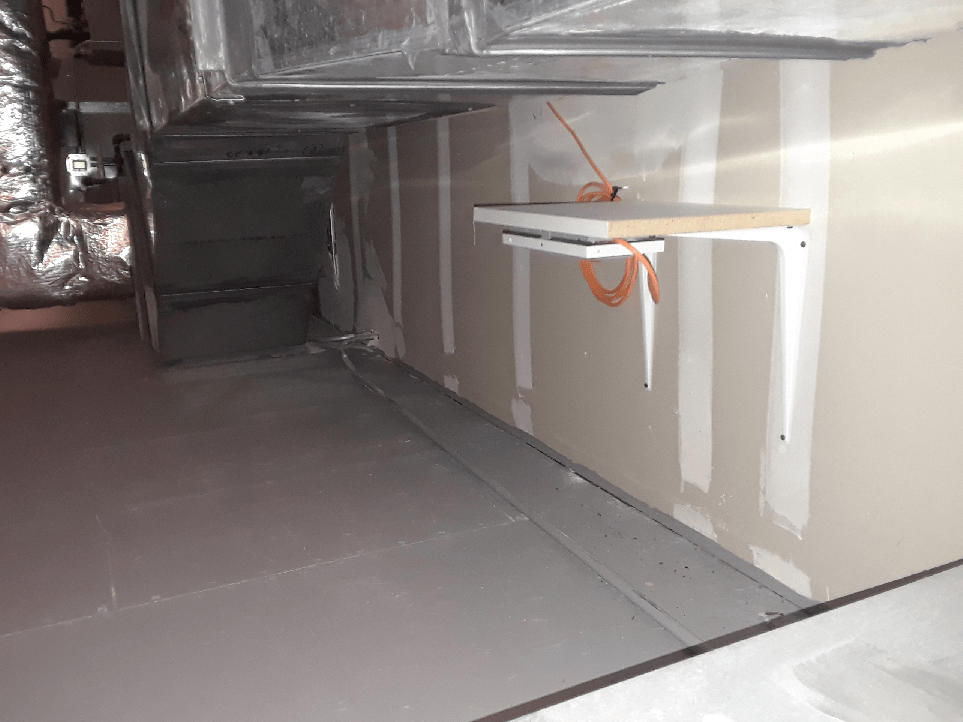 Three primary factors impact the number of APs required within a meetinghouse:

Other mounting recommendations and considerations include mounting APs:

NOTE: If physical security is an issue, mount the AP in a location that is not visible from the outside of the building.

Also, when the ISP modem has APs built in, be sure the modem AP is turned off, as it can create instability in the system.

Below are general guidelines for how much area a single AP can support, based on two different wall material types:

Examples of wireless heat maps showing AP placements are provided below. Green circles indicate approximate AP installation locations. For each building design selected, a base and expanded wireless coverage example has been provided. 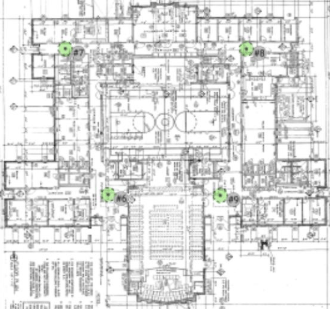 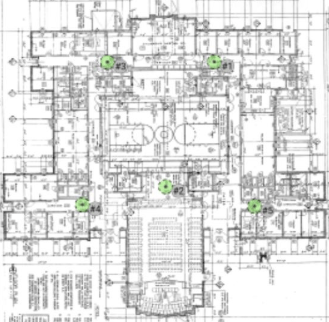 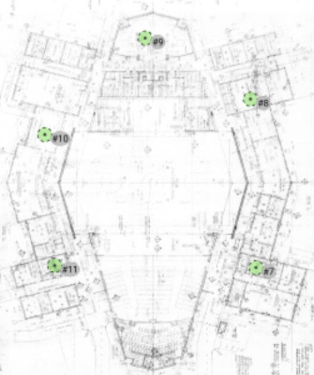 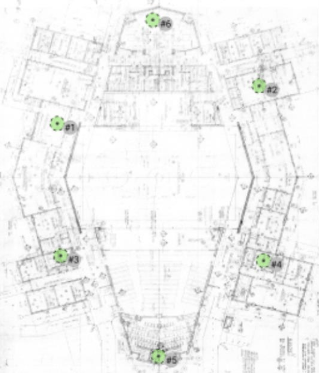 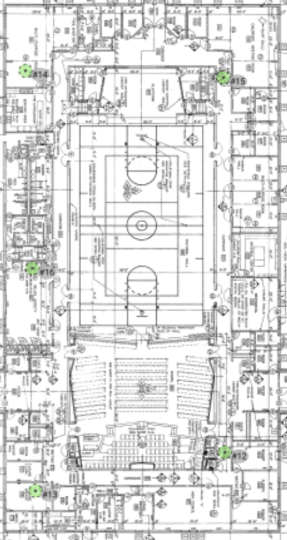 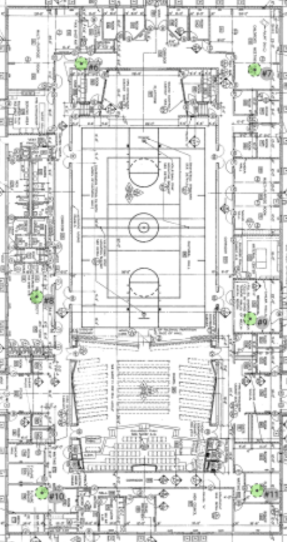 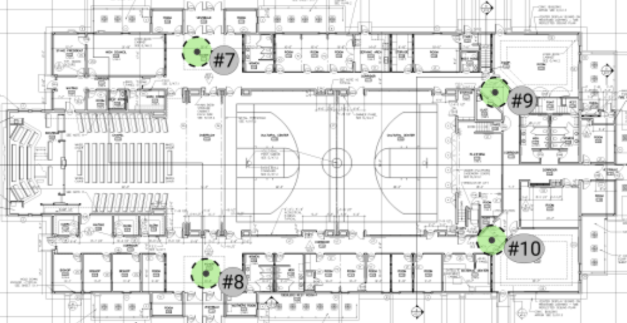 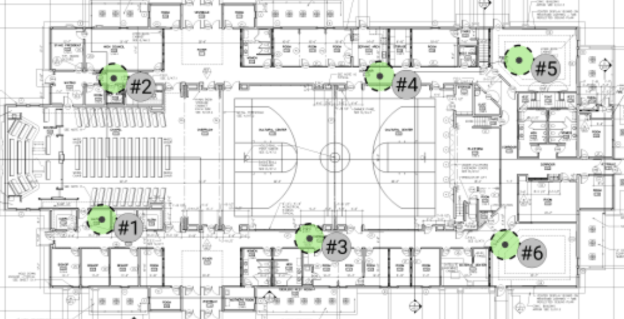