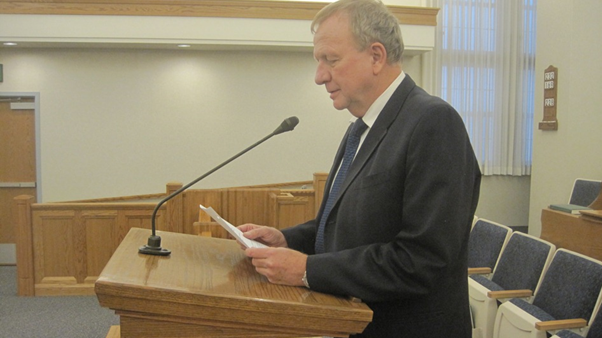 The speaker should speak clearly and loudly enough that he or she could be heard on the third row without a sound system. Listeners will hear the speaker’s voice no better than the microphone receives it.

In other words, the sound system does not make a voice sound louder; it only makes the sound go farther.

Many chapel pulpits have a selection of input and output connections on the side of or beneath the pulpit. The graphic below depicts most of the connections that will be found on a chapel’s pulpit. Newer systems may also have other connections, such as HDMI. 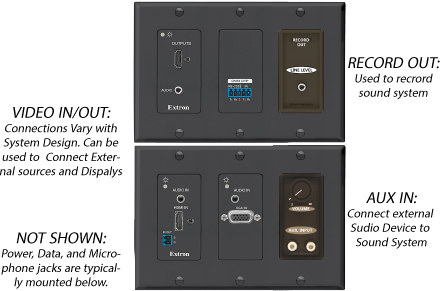 View LDSTech broadcast on meetinghouse audio and satellite (second half is focused on audio).