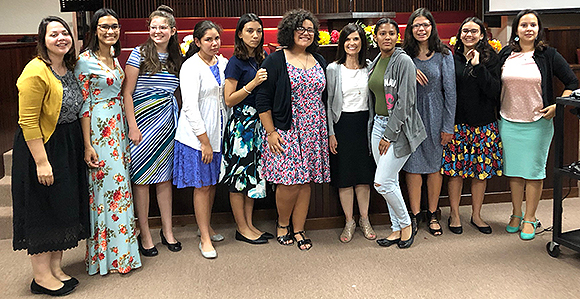 “After listening to President Nelson, our mission became very clear. We are to gather Israel!” —Avery Chapman, 15, from Union, Kentucky

The youth of the Church are so excited to help gather Israel. After listening to President Nelson’s invitation to enlist in the Lord’s youth battalion with the purpose of gathering Israel, they immediately laced up their boots and fell into rank.

Not unlike the Apostles of the Lord who dropped their nets and followed the Savior “straightway” (Mark 1:17–18), our youth are already joining in what our prophet called “the greatest challenge, the greatest cause, and the greatest work on earth today” (“Hope of Israel,” Worldwide Devotional for Youth, June 3, 2018).

By email, we reached out to young women around the world to find out their responses to President Nelson’s invitation to gather Israel and meet the five challenges he gave them. We are thrilled by the readiness of our youth to accept the prophet’s call to action and are amazed by their faithful replies.

Avery Chapman, 15, from Union, Kentucky, said, “We often wonder what our mission is here on earth. After listening to President Nelson, our mission became very clear. We are to gather Israel!”

In order to prepare spiritually, President Nelson’s first challenge was to hold a seven-day fast from social media. “See if you notice any difference in how you feel and what you think, and even how you think, during those seven days.”

Within a few days of accepting this challenge, young women in Puerto Rico were already seeing the blessings of following the prophet’s counsel. Ydlianis Vega, 17, felt “more active and motivated.” Andrea Collazo, 13, felt more “sociable and able to talk more and see what’s around me.” And Yira Lima, 14, found more time to write and read and spend time being creative.

Bruklyn Cooper, 15, from Boiling Springs, Pennsylvania, felt that her social media fast refocused her time and efforts to what truly matters most. “My heart was full and my mind was buzzing with inspiration that I knew I needed to hear.” Listening to the promptings of the Spirit and seeking personal revelation will help each of us know what changes we can make to become more committed disciples of Jesus Christ.

Abby Crane, 16, from Logan, Utah, responded to this challenge with enthusiasm. “I feel God hastening His work through us. I was impressed to make a goal to set aside time each week to go to the temple, and I am going to start doing family history and bringing my own names.”

“Overjoyed and ecstatic” were the words that Allison Cherrington, 16, from Oro Valley, Arizona, used to express her feelings about President Nelson’s devotional address. “His challenge to pray for guidance has given me the opportunity to find out what I need to do and become closer to Heavenly Father.”

Many young women we spoke with feel the same way. They are excited to accept the invitation to participate in this critical work. The gathering of Israel is a great and important work for the salvation of God’s children, but the youth’s participation in this work will change them as well. As they learn to look outside themselves and learn to be quick to observe, they will become better ministers, be more powerful witnesses of Jesus Christ, and gain confidence in their ability to withstand the temptations of the world.

“Stay on the covenant path” was President Nelson’s third invitation. Sariah Valle, 16, from Buenos Aires, Argentina, said this about the challenge to remain committed to her covenants: “After the devotional, I made the decision to follow the prophet. I feel that I’m important in the plan of salvation and now know that it doesn’t matter how many afflictions I have to go through, I can do everything through Christ which strengthens me.”

President Nelson’s fourth challenge was to pray daily that all of God’s children might receive the blessings of the gospel of Jesus Christ.

We are humbled by the faith and testimonies of young women throughout the world. We have seen the power of God’s influence in their lives as they have diligently sought to serve Him.

Julieta Marquina, 12, from Buenos Aires, Argentina, tells how President Nelson’s fifth invitation to “stand out” helped her in a hard situation at school. She had been ridiculed for not participating in an activity in which she felt uncomfortable. “One of the people who insulted me was a friend, and that hurt me. But I remembered the Young Women theme, and I remembered singing the powerful second verse of ‘Hope of Israel’ (Hymns, no. 259), ‘See the foe in countless numbers, marshaled in the ranks of sin. Hope of Israel, on to battle; now the victory we must win!’ I felt so much peace.”

The faith of our Latter-day youth is extraordinary. Their willingness to answer the call of the Lord through our prophet is an example we must follow. Certainly, accepting the prophet’s challenges will not be an easy task, but the Lord will strengthen them, He will bless them, and He will direct their lives.

A message from Maria Franco, a Young Women leader from Melo, Uruguay, reminds us, “This wasn’t just for the youth.”

She is right. The responsibility to gather Israel belongs to each of us, because regardless of our age, we are all “children of the promised day!” (“Hope of Israel,” Hymns, no. 259). 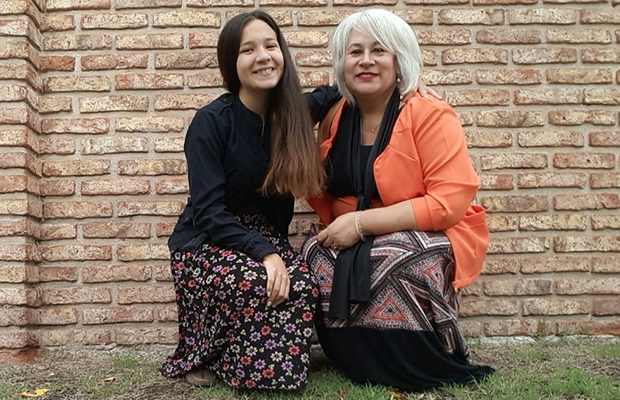