Work of Salvation Part of Ongoing Restoration of the Church, Says Elder Uchtdorf 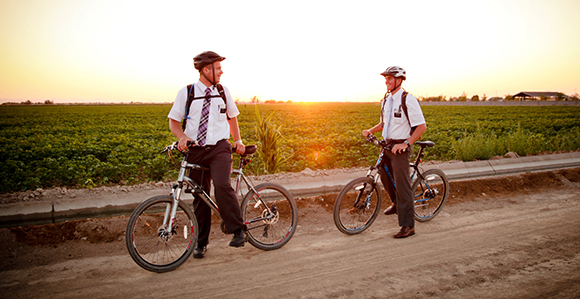 Two missionaries of The Church of Jesus Christ of Latter-day Saints ride their bicycles.

“You and I get to participate in the ongoing Restoration of the gospel of Jesus Christ. It is wondrous! It is not man-made! It comes from the Lord, who said, ‘I will hasten my work in its time’ (Doctrine and Covenants 88:73).” —President Russell M. Nelson

“Therefore, if ye have desires to serve God ye are called to the work.”

When Doctrine and Covenants section 4 was revealed in 1829, the Book of Mormon had not yet been published and the Church had not been officially organized.

Elder Dieter F. Uchtdorf of the Quorum of the Twelve Apostles said of section 4 in a recent interview, “It shows for me that missionary service and missionary work is such a basic requirement and essential requirement for the Church to grow.”

In other words, missionary work—or “ministering to all,” as Elder Uchtdorf said—was and continues to be one of the key foundational principles of the gospel. And the structure of the Church supports this principle.

“I think we need to remind ourselves to not fall into the trap of too many organizational or administrative things,” he said. “We have to see the big picture—the two great commandments, the great commission—and how it all fits into this great plan God has given us.”

By looking at the historical context of section 4, Latter-day Saints can better understand how the principles taught in this revelation are foundational to the ongoing Restoration of the gospel of Jesus Christ.

A Revelation for Joseph Smith Sr.

Joseph Smith Sr. wanted to know how he could assist in the work of the Restoration and asked his son to inquire of the Lord for a revelation for him.

Section 4 was the revelation Joseph received for his father.

“It may seem kind of interesting that it would be this magnificent revelation on missionary work that would be given for Joseph Smith Sr.,” said Elder LeGrand R. Curtis Jr., a General Authority Seventy currently serving as Church Historian and Recorder.

This revelation would immediately influence others as well, including Oliver Cowdery.

Oliver Cowdery—a young man from Vermont who moved to western New York to teach school—was boarding at Joseph Smith Sr.’s home in Manchester when Joseph Smith Sr. was given this revelation in February 1829.

Oliver had heard rumors about Joseph Smith and the plates. “But Joseph Smith Sr. had been really reluctant—because of the persecution that had come—to talk much about it [with Oliver],” Elder Curtis said.

“We don’t know the details about it, but it appears that one of the ways he applied this revelation was to open up and share with Oliver Cowdery about Joseph’s work,” he continued. “And so that led to Oliver Cowdery receiving spiritual feelings that he needed to go and be part of this work.”

“I think it’s an interesting application of this section, that at least one of the ways in which Joseph Smith Sr. went and did missionary work was to open his mouth and talk to Oliver Cowdery,” Elder Curtis said. “And it led to the scribe that Joseph so desperately needed.”

Joseph Smith Sr. continued to follow the counsel in section 4 to serve God with all his “heart, might, mind, and strength” as he later became one of the Eight Witnesses of the Book of Mormon, the first patriarch of the Church, and an assistant counselor to the First Presidency.

Doctrine and Covenants section 4 is what Elder Uchtdorf describes as a “modern outflow of the great commission the Savior gave to His disciples.”

“He calls His disciples—and that’s you and me today—to go out and proclaim the gospel,” he said.

In the context of the two great commandments to love God and fellowman, the Savior’s commission includes everyone. “It’s really ministering to all,” said Elder Uchtdorf, by inviting others to “come and see,” “come and help,” and “come and stay.”

Though section 4 was given for Joseph Smith Sr., this revelation “gives such a powerful set of principles that we still use in missionary work today,” Elder Curtis said.

Those principles include what the Lord expects of those who serve Him and how His field is ready to harvest. He outlines several attributes that qualify an individual for His work—including faith, charity, humility, diligence, and an eye “single” to His glory—and promises His servants “ask, and ye shall receive.”

President Joseph Fielding Smith, sixth President of the Church, pointed out that, while only seven verses long, “it contains sufficient counsel and instruction for a lifetime of study. No one has yet mastered it.”

This revelation was intended to “benefit all who desire to embark in the service of God” and is “a revelation to each member of the Church,” he continued.

“Perhaps there is no other revelation in all our scriptures that embodies greater instruction pertaining to the manner of qualification of members of the Church for the service of God, and in such condensed form than this revelation. It is as broad, as high and as deep as eternity” (“Church History and Modern Revelation,” 1:35; quoted in Doctrine and Covenants Student Manual [Church Educational System manual, 2002]). 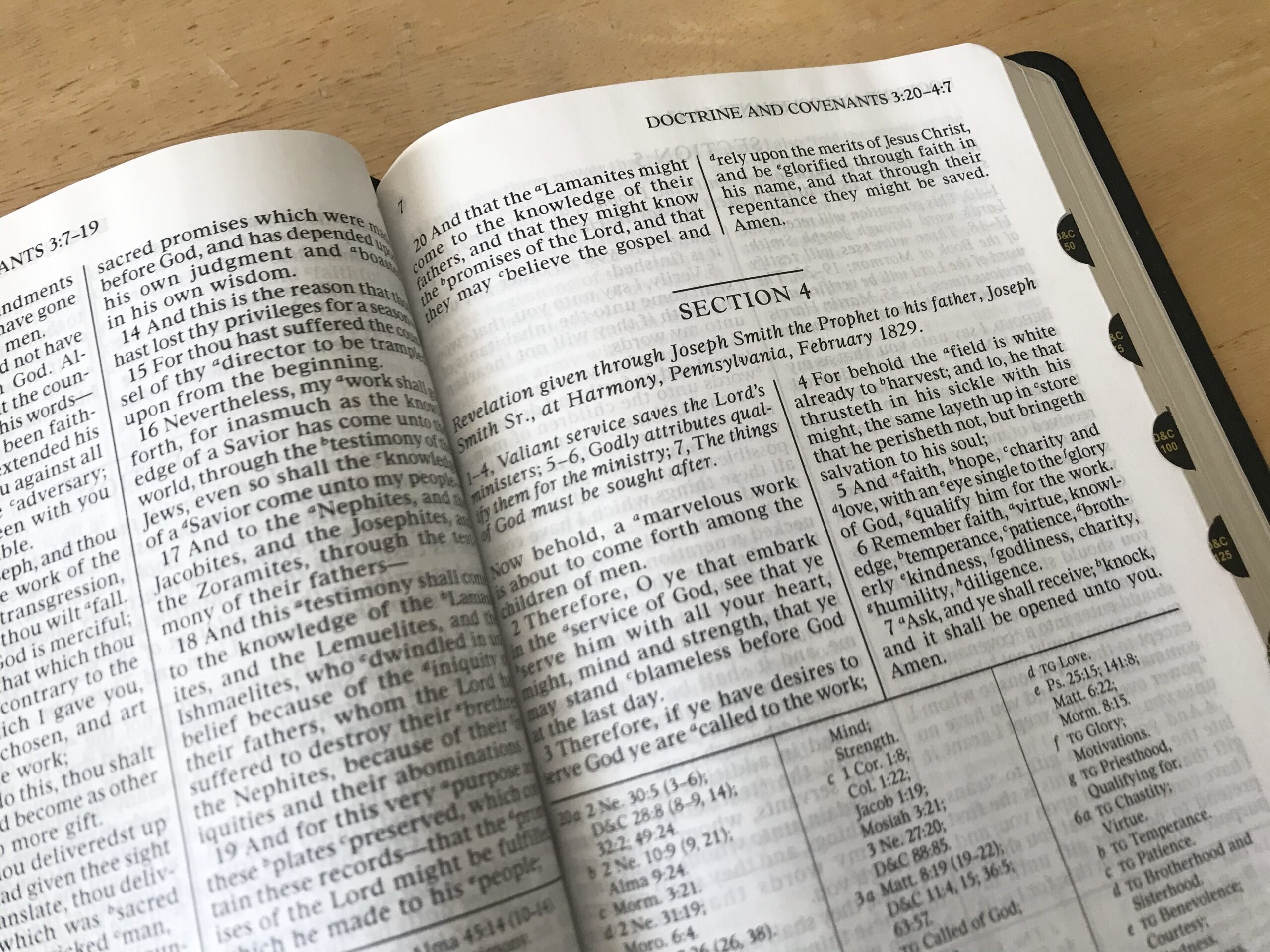 Looking at the chronology of the Doctrine and Covenants, the first revelation received was section 2 in September 1823. This is an extract from Joseph Smith’s history relating to the angel Moroni’s first visit, specifically Elijah restoring the sealing keys and the turning of children’s hearts to their fathers.

Section 3 was the next revelation received chronologically, in July 1828. This section concerns Martin Harris and the lost 116 pages of the Book of Mormon manuscript. “Nevertheless, my work shall go forth,” the Lord said in verse 16, then emphasizing the purpose of the Book of Mormon.

Sections 2 and 3 perhaps shadow or underscore what the Lord reveals next in section 4.

“More Than Just Preaching the Gospel”

“The opening verse of section 4—‘Now behold, a marvelous work is about to come forth among the children of men’—encompasses the entire work of salvation and exaltation,” Elder Curtis said. It’s all “one work.”

Explaining how this work includes missionary work and temple and family history work, he said, “I think we’ve all had our vision expanded by having it brought to our attention how close the work for the dead and the work for the living are. . . . The ‘marvelous work’ is more than just preaching the gospel.”

It’s about gathering Israel on both sides of the veil—and it’s “the greatest work on the earth,” President Russell M. Nelson has taught.

During a worldwide leadership broadcast in June 2013, then-Elder Nelson said, “Too often we tend to split the Lord’s work into parts that seem unrelated. Whether it is preaching the gospel to nonmembers, serving with new converts, reactivating less-active members, teaching and strengthening active members, or performing family history and temple work, the work really is indivisible. These efforts are not separate. They are all part of the work of salvation.” 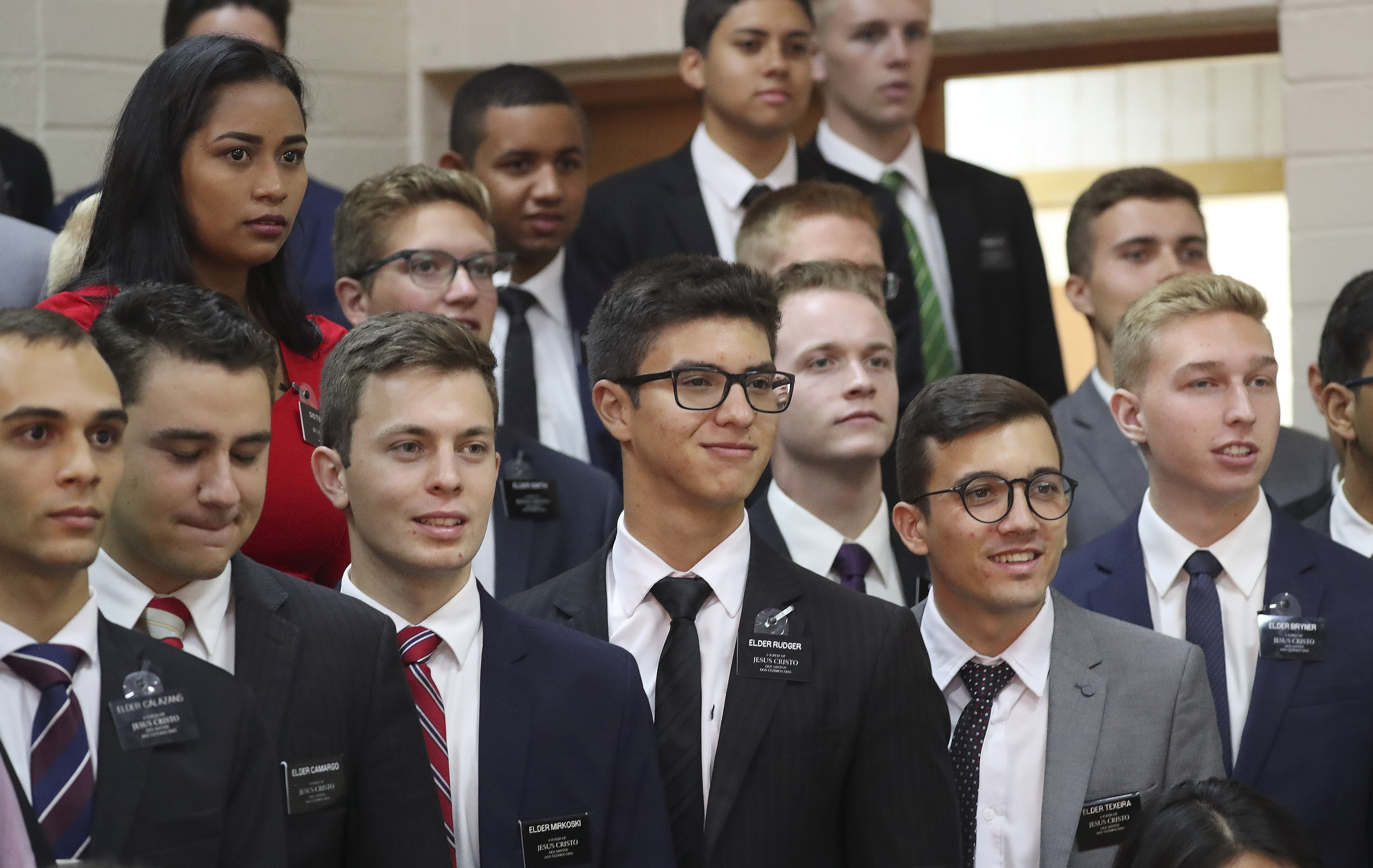 President Nelson wrote in the April 2020 Ensign, “You and I get to participate in the ongoing Restoration of the gospel of Jesus Christ. It is wondrous! It is not man-made! It comes from the Lord, who said, ‘I will hasten my work in its time’ (Doctrine and Covenants 88:73).”

He highlighted the gathering of Israel as one of the important teachings of the Church. Crucial to the gathering are temple and family history and missionary work. He then extended this promise to those who participate in the gathering:

“I promise that if we will do our best to exercise faith in Jesus Christ and access the power of His Atonement through repentance, we will have the knowledge and power of God to help us take the blessings of the restored gospel of Jesus Christ to every nation, kindred, tongue, and people and to prepare the world for the Second Coming of the Lord.” 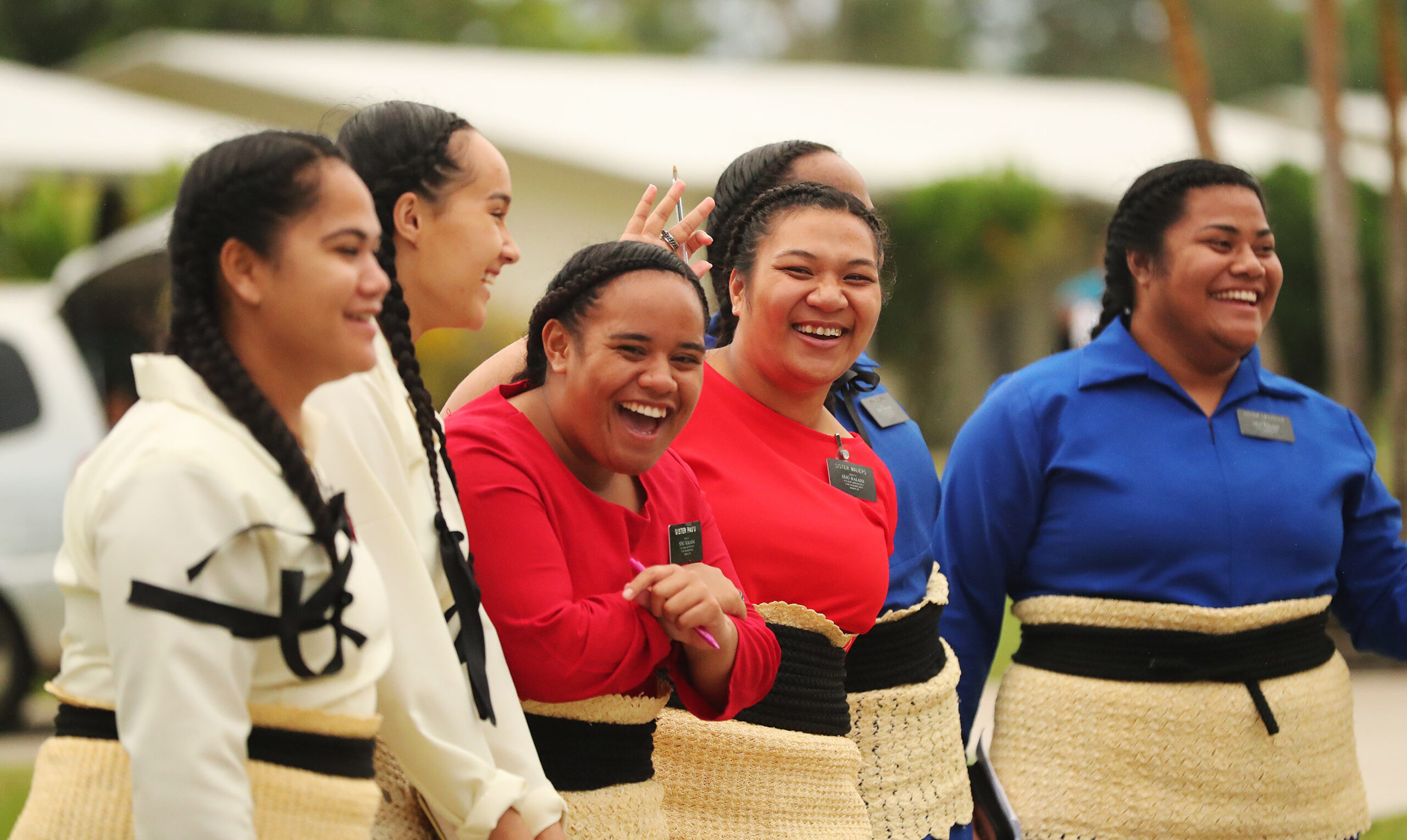 Missionaries wait for President Russell M. Nelson of The Church of Jesus Christ of Latter-day Saints prior to a devotional in Nuku‘alofa, Tonga, on May 23, 2019. Photo by Jeffrey D. Allred, Deseret News.