As a follow-up to the March 13 letter regarding temple worship, the Church has released frequently asked questions further explaining temporary temple adjustments due to continued COVID-19 concerns.

Also, as of Monday afternoon, March 16, the number of the Church’s operating temples temporarily closed stands at 35.

For temples that are open, living endowment and sealing ordinances will be scheduled for one family or one group at a time. A limit of eight guests may be invited (in addition to the patrons receiving the ordinance).

Missionaries who do not have the opportunity to receive their own endowment before entering the field (due to a temple closure in their area) will do so as soon as possible at a later date. They may still enter the field.

Distribution centers will continue to operate with reduced staff and limited hours where temples are open. Patrons attending the temple for living ordinances are encouraged to bring their own temple clothing, when possible.

Names for the prayer roll will continue to be collected as long as the specific temple is open for living ordinances. Church members are invited to email the names or leave them on the message machine, if possible.

As the Church continues to take precautionary measures against the spread of COVID-19, the list of temple closures on Newsroom is frequently being updated.

As of Monday afternoon, March 16, the following 35 temples are temporarily closed:

On Friday, March 13, the First Presidency and Quorum of the Twelve Apostles announced temporary adjustments to temple work.

According to the letter, the following is effective March 16: 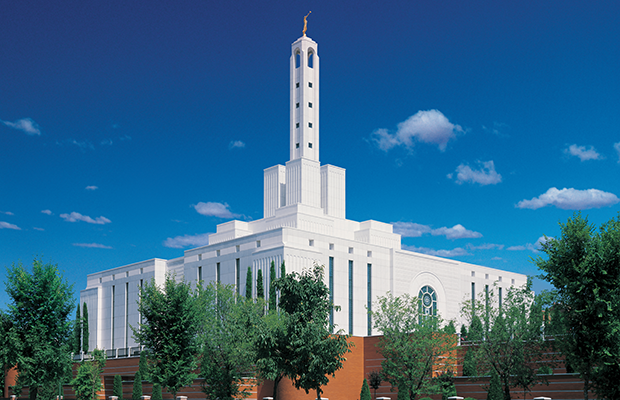