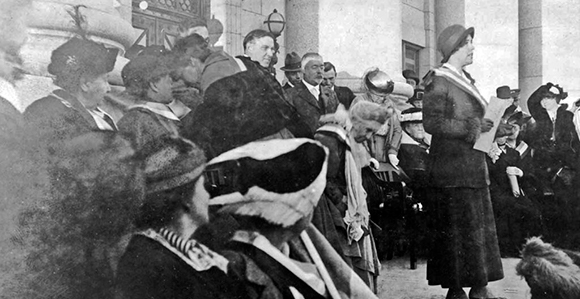 “We have such an opportunity as Relief Society sisters to work together, to support one another, to encourage one another, and to actively work so we can improve our situations, increase liberties, and increase freedom to be able to fulfill our potential.” —Jean B. Bingham, Relief Society General President

Twenty-three-year-old Seraph Young, a Latter-day Saint and grandniece of Brigham Young, became the first known woman to legally cast a ballot in a United States election under an equal suffrage law, on February 14, 1870.

But nationally, women wouldn’t gain the right to vote until 1920.

Jean B. Bingham, Relief Society General President, said that as members of the Church learn about this story, “I hope they gain a greater appreciation for the women of the Church, both past and present. They were so willing to share their experience and insights and speak up. And we need to speak up in our day.”

Winning the Right to Vote—Twice

Utah was a territory when the act giving the vote to women was signed in February 1870. Wyoming was actually the first territory to grant the right to women, but elections in Utah were held before Wyoming’s elections.

The Female Relief Society of Nauvoo had been organized 28 years earlier, in March 1842, by the Prophet Joseph Smith. The Relief Society played an important role in the early suffrage movement as it provided a framework to share information and coordinate efforts.

Emmeline B. Wells was one of Utah’s most active leaders of women’s suffrage and represented Utah at the 1879 National Woman’s Suffrage Association convention. For 37 years, she edited the Woman’s Exponent, helping to spread ideas and information about women’s suffrage. She would later serve as the fifth Relief Society General President.

“If anyone needs a demonstration that the early leaders of the Church were supportive of women’s rights and women’s freedoms, this newspaper is that,” President Bingham said. “It was published for the women, written by the women, and supported by the leadership of the Church.”

Sister Wells became friends with national women’s rights activists Susan B. Anthony and Elizabeth Cady Stanton. Anthony and Stanton visited Utah to address the Relief Society—what was then the largest body of enfranchised women in the United States.

For 17 years, Utah women claimed the right to vote until they were disenfranchised by federal antipolygamy laws. The 1887 Edmunds-Tucker Act revoked all Utah women’s right to vote, regardless of whether or not they practiced plural marriage.

Despite some opposition at the constitutional convention, suffrage was included in the new state constitution when Utah became the 45th state in 1896. Women in Utah had achieved the victory. Utah was the third state in the country with equal suffrage, following Wyoming and Colorado.

More women ran for political office after full suffrage was secured. Dr. Martha Maria Hughes Cannon became the first female state senator in the U.S. after winning the 1896 election over her husband.

The Relief Society: A Voice for Women

“Women in Utah always have been conspicuous in organized work,” wrote Anthony and Stanton in History of Woman Suffrage, published in 1887.

Anthony’s secretary later sent a copy of her published biography to the Relief Society with this personal inscription: “To the women who were loyal and helpful to Miss Anthony to the end of her great work.”

What can be learned from the early women of the Church and their impact on national leaders as they fought for equal voting laws? First, their experience working together in Relief Society was key.

“They were used to organizing and pushing for action, so it was very natural that they would then push for the right to vote. And then, once given the right to vote, they were well-informed, active voters,” explained Tiffany Bowles, educator of the Church History Museum exhibit Sisters for Suffrage: How Utah Women Won the Vote, on display until January 2021.

Second, Utah women were persistent. Reflecting on the early Relief Society sisters and how they organized to advance women’s rights, President Bingham said, “This story inspires me to do the same—to be persistent in being a voice for women, a voice for women all around the world.

“We have such an opportunity as Relief Society sisters to work together, to support one another, to encourage one another, and to actively work so we can improve our situations, increase liberties, and increase freedom to be able to fulfill our potential. I think this is what Relief Society can do today, which is what they demonstrated in their day.”

In 2017, President Bingham spoke on the world stage at a United Nations panel and echoed sentiments of former Relief Society general leaders: “While individually we can do great good, collectively we can accomplish so much more.” 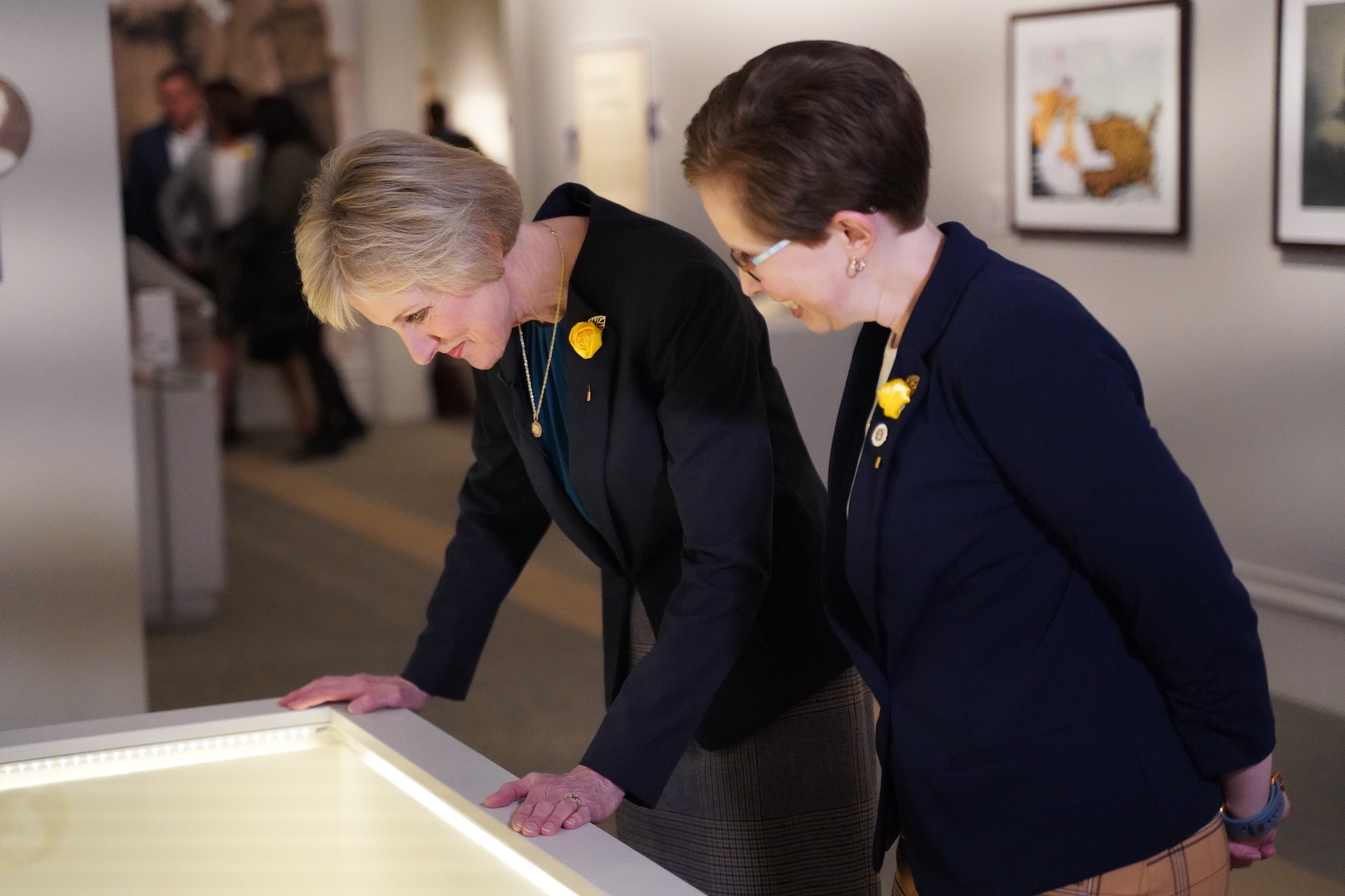 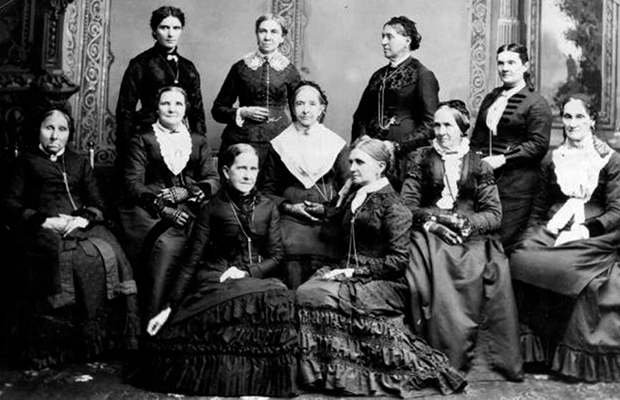 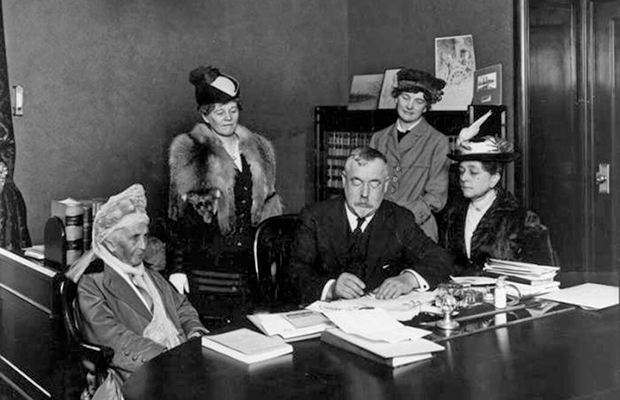 Utah governor William Spry meets in his office with suffrage leaders. This 1915 photograph shows Emmeline Wells, recognized leader of the group, seated at the left of the governor. Photo courtesy of the Utah State Historical Society. 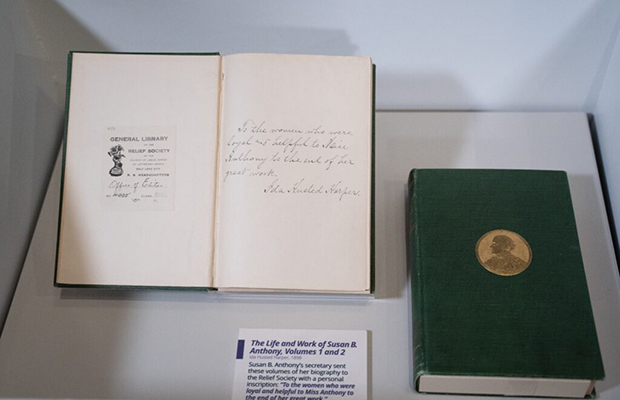 A copy of Susan B. Anthony’s biography, inscribed by her secretary, who described the women of The Church of Jesus Christ of Latter-day Saints as individuals “who were loyal and helpful to Miss Anthony to the end of her great work.” The biography is on display as part of Sisters for Suffrage: How Utah Women Won the Vote, a Church History Museum exhibit in Salt Lake City, Utah. 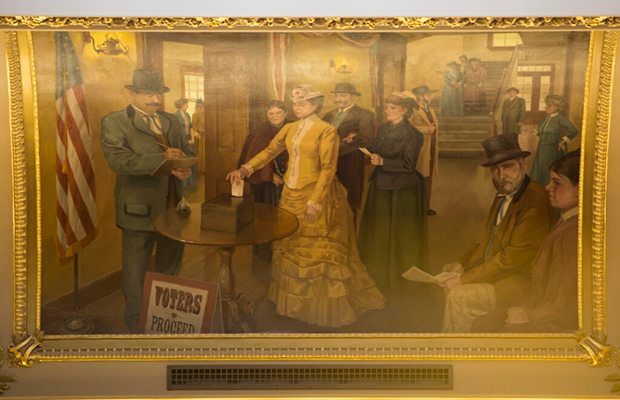 A painting of Seraph Young, the first woman to cast a ballot in Utah, can be seen in the House Chamber at the State Capitol in Salt Lake City on Monday, January 22, 2018. Photo courtesy of Jacob Wiegand.