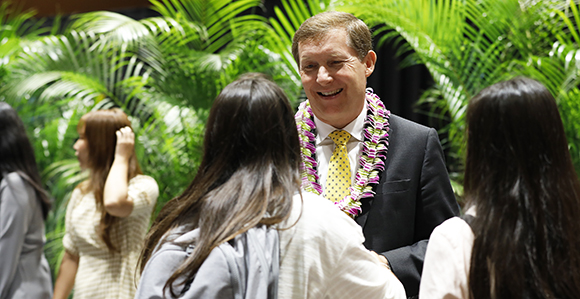 “I testify that as you steadily progress along the covenant path, holding fast to that which is true and letting go that which is not, that you will find joy along the way.”  —Elder L. Todd Budge of the Seventy

When Elder L. Todd Budge was serving as a mission president in Japan, a man called him to ask for permission to baptize his mother in his ward instead of her ward.

This man had been holding a grudge against his mother’s bishop and said he could never forgive him for something he had done.

“When I heard those words, ‘I will never forgive him,’ my concern shifted from his mother’s salvation to his,” recalled Elder Budge, who is now a General Authority Seventy.

Elder Budge said he shared Doctrine and Covenants 64:9-10 with this man and invited him to pray and think about his request. The man called back a few days later.

“He had finally realized that the commandment to forgive all men meant all men, and he forgave the bishop and felt the joy of forgiveness,” Elder Budge said.

“If there is anyone you have not forgiven, I invite you to let go of your judgement of that person, leave that to God, and allow yourself to love them instead,” Elder Budge said. “I testify that you will be much happier when you do.”

Quoting Elder Gerrit W. Gong of the Quorum of the Twelve Apostles, Elder Budge said, “Together, our covenants and our Savior’s Atonement enable and ennoble. Together, they help us hold on and let go. Together, they sweeten, [bless], sanctify, [and] redeem” (“Christ the Lord Is Risen Today,” Ensign or Liahona, 97).

With the phrase “hold on and let go” in mind, Elder Budge studied the teachings of prophets and apostles related to joy and shared with BYU–Hawaii students four things to let go: 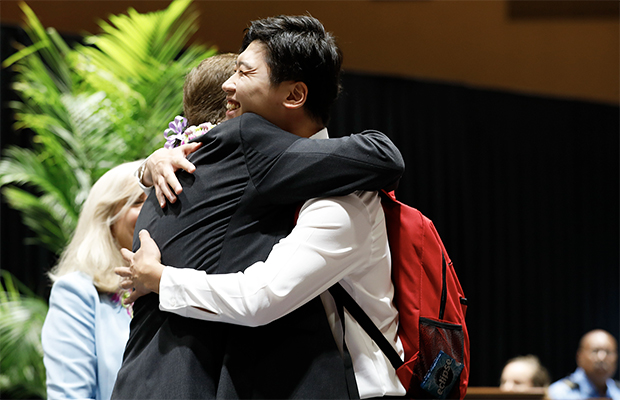 Elder Budge taught that the enabling power of the Atonement of Jesus Christ can help someone become free of the chains of sin. Just as physical pain signals injury or disease, guilt signals spiritual “dis-ease” and the need for repentance, he said.

“However, once we have repented of our sins, we need to trust that the Lord has forgiven us and then forgive ourselves,” Elder Budge said. “Lingering guilt can turn to shame and rob us of joy.”

Elder Budge encouraged students to not let go of their righteous expectations or desires, such as finding a companion to marry, having children, or being free of sickness. “But do let go of your attachment to them as a condition of your happiness,” he said.

“Life is much more joyful when we choose to trust God and His plan for us,” he added.

Elder Budge also shared four things to hold on to that will increase joy and the power to let go:

Quoting President Russell M. Nelson, Elder Budge said, “In coming days, it will not be possible to survive spiritually without the guiding, directing, comforting, and constant influence of the Holy Ghost” (“Revelation for the Church, Revelation for Our Lives,” Ensign or Liahona, 96). 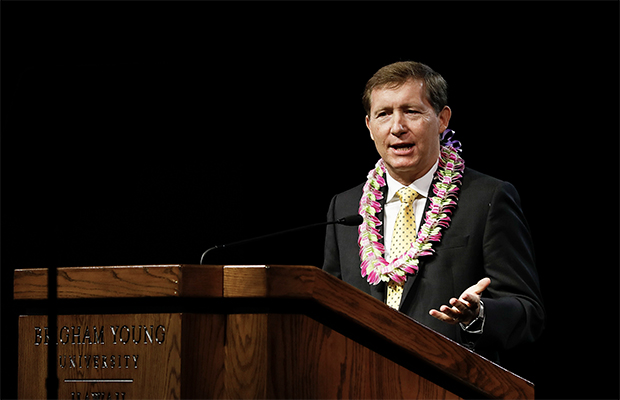 Elder L. Todd Budge of the Seventy speaks during the devotional address at BYU-Hawaii on Tuesday, September 24, 2019. Photo by Monique Saenz.

Elder Budge discussed the difference between questioning and doubting as well as the importance of being willing to allow the benefit of the doubt. What determines whether faith is strengthened or weakened is the lens through which the questions are seen, he said. The word of God is the source of light and truth.

“The secular things you learn here at BYU-Hawaii will bless your lives in many ways, but if not understood and applied in the context of eternal truth, they will not be sufficient to bring you the joy God desires for you,” he added.

Holding fast to covenants will put focus on Jesus Christ and bring power to live joyfully, Elder Budge said. He reminded students that the covenant path is not about perfection but continual repentance and progression.

“I testify that as you steadily progress along the covenant path, holding fast to that which is true and letting go that which is not, that you will find joy along the way,” Elder Budge said. 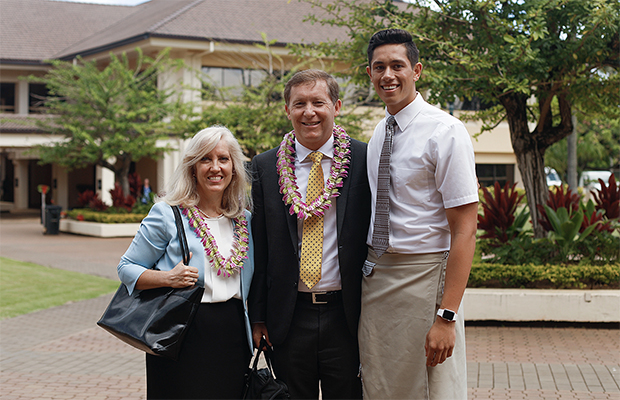 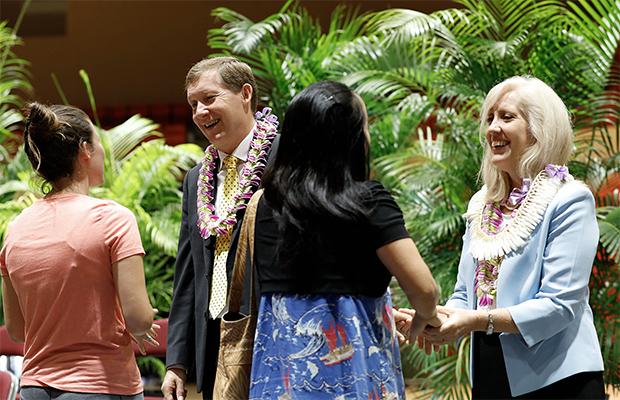 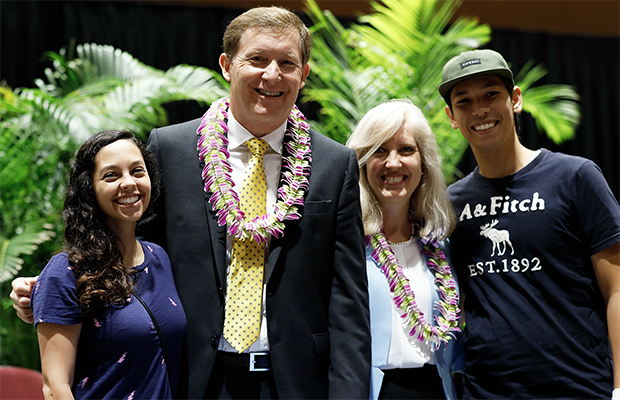