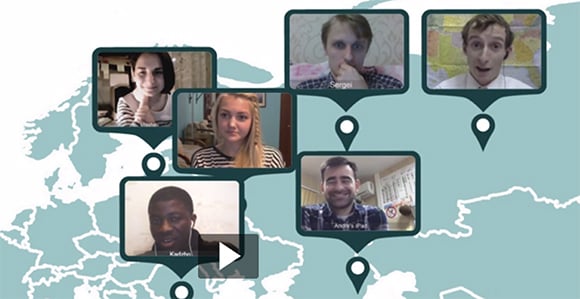 Connecting students from various regions, the virtual gatherings now offered by BYU–Pathway Worldwide allow students from almost anywhere in the world to participate in the online learning programs.

“The program makes me remember why I am here and why I need to acquire knowledge. I don’t feel better than anyone else, but I feel better than myself.” —Jade Ellen Moreira Pereira, PathwayConnect student

Jade Ellen Moreira Pereira was just 15 years old when she had a stroke. Life changed dramatically for the high school student in Caicó, Brazil, as she underwent two surgeries and extensive physiotherapy to recover.

After finishing high school and enrolling in a local university in 2017, she suffered a cerebral edema—swelling caused by a buildup of fluid around her brain—which left her with partial paralysis on the right side of her body.

“It was impossible to study,” Pereira said. “So I came back home. My parents took care of me, and I did a lot of treatments.”

It was a difficult time, Pereira explained, but she didn’t want it to stop her from pursuing her education. So, in 2018, after making progress with her movement through physiotherapy, she decided to start an online degree program at a Brazilian university.

“I enjoyed the course, but I was looking for something more,” Pereira said.

That was when a friend told her about BYU-Pathway Worldwide and the opportunity for students from nearly anywhere in the world to enroll in the PathwayConnect program.

PathwayConnect is a one-year educational program that prepares students for a degree program by building confidence and teaching foundational academic skills. After completing the PathwayConnect program, students can continue their education by pursuing certificates and bachelor’s degrees online through BYU-Pathway Worldwide.

With more than 550 locations in more than 100 countries, BYU-Pathway is changing the way people receive education. But in Caicó, and many other locations around the world, PathwayConnect was previously unavailable because of the requirement for student cohorts to gather in person for weekly discussions.

The gatherings, traditionally held each Thursday at designated locations and overseen by Church-service missionaries, are a key collaborative part of the PathwayConnect program and were previously available only in locations where enrollment demand was high enough and could accommodate the travel of students involved.

But just a few months ago, after extensive pilot testing, the First Presidency of The Church of Jesus Christ of Latter-day Saints granted approval for worldwide virtual gatherings as a permanent part of the BYU-Pathway programs.

“The implication of this is that PathwayConnect can now be taken by basically anyone in the world, anytime they want,” said Brother Brian K. Ashton, Second Counselor in the Sunday School General Presidency and vice president of field operations for BYU-Pathway Worldwide.

“[PathwayConnect] gives us something incredible,” Pereira said, noting that she is now enrolled in her second semester with a virtual gathering group, along with her mother. “We have the opportunity to study temporal things with spiritual insight. All the things I learn here have strengthened my confidence, my knowledge, and my faith.”

The new virtual gatherings are essentially the same as the weekly in-person gatherings, President Clark Gilbert, president of BYU-Pathway Worldwide, explained. The only difference is that everyone is on a screen together rather than physically in the same room.

“The outcomes are nearly identical,” Brother Ashton said, explaining that the virtual gatherings have proven to be just as effective for the community and academic purposes of the programs. “The preference is still going to be the physical, in-person gatherings—we just think there are advantages to that—but, that said, this opens it up for almost anyone in the world.”

Brother Ashton noted that, while there are a few countries where they are still working to get legal approval to host the programs, they hope to make these educational opportunities available to everyone as quickly as possible.

“Everyone thinks of online learning as independent study, but all our programs are cohort based,” President Gilbert said. “They all have interactive learning activities, the instructors actively engage with the students, and with virtual, the students are gathering in a virtual discussion every single week.”

In each cohort, whether location based or virtual, the students know each other by name and are constantly building relationships and helping each other. It’s not a typical progress-at-your-own-pace online learning model, President Gilbert said. “We’re about educating the whole person, and part of that means you become a different person, and that includes a community as an input and an output. So the whole learning environment is interactive and collaborative.”

“The First Presidency asked us to keep them organized geographically,” Brother Ashton explained. “And one of the things we all like about that is that people form friendships, and, in some cases, people who have met online through the programs have ended up getting married.”

President Gilbert added, “People who would never have met otherwise are having that opportunity by working to progress as individuals.”

For Zvjezdana Zivko Fernandes, a former PathwayConnect and current BYU-Idaho online student from Croatia, the virtual gatherings were a bit strange at first. “It was weird because I was at home and all I could see were the faces of people on my screen. But as time passed, it became better. We managed to build relationships with each other because part of Pathway is to have peer discussions.”

She explained that in their weekly gatherings, her cohort of 12 people from around Europe gradually learned how to get the most out of their time together. “We learned really quickly to be respectful of others while they are talking,” she said. “And although we all started off at different levels in English knowledge, by the end of the first semester, we all gained a greater knowledge and a better understanding of the English language, and we managed to understand each other perfectly, despite our different accents.”

Similarly, Astrid Geffrie, a PathwayConnect student from Suriname, said that the virtual gatherings have given her the opportunity to become friends with people who are from places she had previously never even heard of. “These gatherings also gave me the chance to learn about other cultures and how my fellow students were experiencing the program in their lives,” she said. “I really feel that the program has helped me to get a better understanding of what my new friends are struggling with and how they have become the people they are now.”

It was the availability of the virtual gatherings that made Heather Pearcy from Louisiana, who recently finished the PathwayConnect program, feel that she could finally participate in the program she wanted.

She explained she had considered enrolling in PathwayConnect after watching her bishop go through the program. “But he had to travel an hour to the weekly gatherings, and that was not feasible with my life at the time, so I dismissed it,” she said. “Then, maybe a year later, ... I felt very strongly that this was for me. The gatherings were virtual, via Zoom, so I did not have to travel. It was the perfect answer.”

More than just a temporal opportunity

More than 70 percent of people who enroll in BYU-Pathway Worldwide’s programs are people who would not have gone on to higher education without an alternative option like what PathwayConnect can offer, President Gilbert said. And with the addition of the virtual gathering option, enrollment is expected to increase.

“It’s something that can help the mom who has always wanted to go back to school but couldn’t drive to a PathwayConnect gathering,” President Gilbert said.

Brother Ashton added, “Even if you don’t have a GED or a high school degree or whatever the equivalent is in your country, we can help you get to where you can be successful in university or in a career.”

And that’s the purpose of BYU-Pathway Worldwide—helping individuals to find their purpose by developing the skills and knowledge necessary to be more self-reliant and successful in their future education and career opportunities.

For Pereira, enrolling in PathwayConnect changed her life. But even more than that, she said it changed her connection with God.

“I never thought I would feel closer to God because I was studying at a university,” Pereira said. “The program makes me remember why I am here and why I need to acquire knowledge. I don’t feel better than anyone else, but I feel better than myself. And the most important thing I’ve learned [is] that all the things I do in this life have an eternal reflection.”

Since enrolling in the program, Pereira said she feels more actively engaged in working with God to achieve her goals. And for anyone considering if the program might be right for them, she said, “It will change your life, your perspective, and your actions. If you have this chance, take it; you won’t regret it. It will be rewarding.” 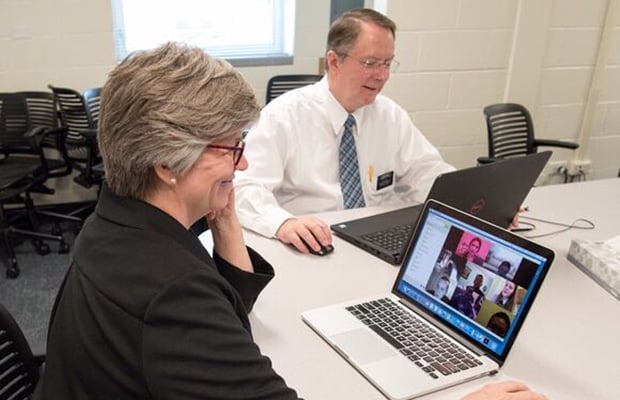