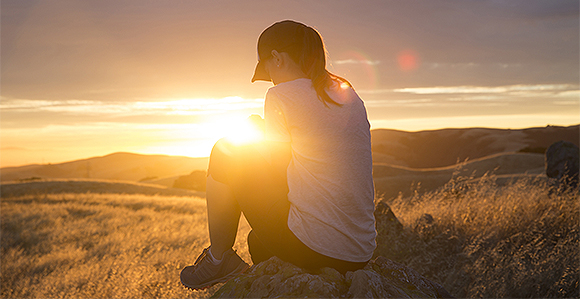 We all face trials, but the power of deliverance is available through faith, humility, and prayer.

“The humility you and I need to get the Lord to lead us by the hand comes from faith.” —President Henry B. Eyring of the First Presidency

“The righteous cry, and the Lord heareth, and delivereth them out of all their troubles” (Psalm 34:17).

During the American Revolutionary War, no time seemed more bleak for the rebel colonists than the winter of 1776. This adversity drew them to their God and eventually to deliverance. A 1987 Ensign article by author Jonathan A. Dibble describes the situation with General George Washington and his troops:

“Washington allowed Continental forces to defend Fort Washington and Fort Lee on the Hudson River. Both forts were taken by the British shortly afterward. The American Continental Army lost hundreds of cannons and guns, more than three hundred tents, one thousand barrels of flour, and many blankets and utensils­­, supplies they needed for the coming winter. Men deserted and patriots defected to the enemy. Historian George Bancroft reflects upon the moments of despair for the American cause:

“‘The spirit of the Most High dwells among the afflicted, rather than the prosperous; and he who has never broken his bread in tears knows not the heavenly powers. The trials of Washington are the dark, solemn ground on which the beautiful work of the country’s salvation was embroidered’” (“Delivered by the Power of God: The American Revolution and Nephi’s Prophecy,” Ensign, Oct. 1987).

Because of our mortal condition, we as individuals, families, communities, and nations will encounter dire situations in our earthly journey where things seem completely out of our control. Whether the circumstances are a crippling disease, death of a loved one, financial loss, natural disasters, imprisonment, violence, or the effects of sin, there is one who stands ready to assist us in our hour of need: the Savior Jesus Christ.

“I, Nephi, will show unto you that the tender mercies of the Lord are over all those whom he hath chosen, because of their faith, to make them mighty even unto the power of deliverance” (1 Nephi 1:20).

At a 2008 BYU devotional, President Henry B. Eyring of the First Presidency spoke of the urgency for deliverance when he said: “At some point in our lives we will all need that power. Every person living is in the midst of a test. We have been granted by God the precious gift of life in a world created as a proving ground and a preparatory school. The tests we will face, their severity, their timing, and their duration will be unique for each of us. But two things will be the same for all of us. They are part of the design for mortal life.

“First, the tests at times will stretch us enough for us to feel the need for help beyond our own. And, second, God in His kindness and wisdom has made the power of deliverance available to us” (“The Power of Deliverance,” Jan. 15, 2008).

Knowing God’s pattern for deliverance can help the wounded soul during perilous times when one feels lost. Prophets modern and ancient have promised and testified that God delivers His people in their times of need. One of the sacred names of the Savior Jesus Christ is the Deliverer.

“And the saints rejoiced in their redemption, and bowed the knee and acknowledged the Son of God as their Redeemer and Deliverer from death and the chains of hell” (D&C 138:23).

In the April 2012 general conference, the late Elder L. Tom Perry of the Quorum of the Twelve Apostles said: “Many of the stories of the Book of Mormon are stories of deliverance. Lehi’s departure into the wilderness with his family was about deliverance from the destruction of Jerusalem. The story of the Jaredites is a story of deliverance, as is the story of the Mulekites. Alma the Younger was delivered from sin. Helaman’s stripling warriors were delivered in battle. Nephi and Lehi were delivered from prison. The theme of deliverance is evident throughout the entire Book of Mormon” (“The Power of Deliverance”).

President Eyring provides insight by giving a guide to deliverance. He said: “There is a guide for receiving the Lord’s power of deliverance from opposition in life. It was given to Thomas B. Marsh, then the president of the Quorum of the Twelve Apostles. He was in difficult trials, and the Lord knew he would face more. Here was the counsel to him that I take for myself and offer you: ‘Be thou humble; and the Lord thy God shall lead thee by the hand, and give thee answer to thy prayers.’

“We might make the mistake of assuming that illness, persecution, and poverty will be humbling enough. They don’t always produce by themselves the kind and degree of humility we will need to be rescued. Trials can produce resentment or discouragement. The humility you and I need to get the Lord to lead us by the hand comes from faith. It comes from faith that God really lives, that He loves us, and that what He wants—hard as it may be—will always be best for us” (“The Power of Deliverance”).

If we choose not to be humble and follow the Lord but pursue our own path, our much-desired deliverance can take additional time. The resulting frustration can lead us into temptation, and we may end up in bondage to sin. Even then, the Lord stands ready to deliver us.

We can begin our journey through trials on our knees pleading for God’s help or end up there years later. The choice is ours. May we remain humble even in affliction and remember the patterns of heaven necessary for deliverance both physically and spiritually.