Viewpoint: The Importance of Specific Prayers 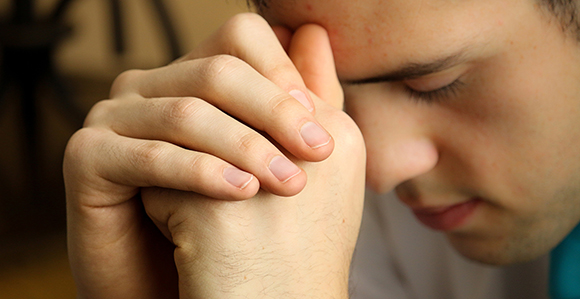 Heavenly Father hears our prayers and will answer us if we ask in faith.

“At the very moment we say, ‘Father in Heaven,’ He hears our prayers and is sensitive to us and our needs. And so His eyes and His ears are now connected to you. He reads our minds, and He feels our hearts.” —Elder David A. Bednar

A young man from Malaysia was studying at a university in Australia when two missionaries knocked on the door of the house he shared with other students. He was impressed with one particular part of their message—that God had contacted man, “that someone had actually communicated with God.”

“I really had no religion, except I believed in God, not really knowing who or what He was,” said the young man, whose parents followed Buddhism and Taoism.

His interest in the Church grew even though friends expressed opposing views. A minister and a theology student read to him statements in the Bible they thought would dissuade him. “The more opposition I received, the more I accepted what the Church taught,” the young man said. “I could recognize the truth because I had no biased doctrine to confuse me. I had never even read the Bible, but I began studying it. … The scriptures were very plain to me. I could see The Church of Jesus Christ of Latter-day Saints followed closely what the Bible taught.”

However, before he would commit himself to baptism, the young man wanted to have “a perfect knowledge” of the gospel. “I had to be sure,” he said. Several sets of missionaries taught him.

“I learned you have to exercise your faith. You have to do before you see results. I decided I had to just go and be a good Mormon and see what happened.”

He was baptized in July 1979. For a week in the following December, he became restless, preoccupied about going on a mission.

“In Malaysia, it is very difficult to get an education and find good work,” he said. “I had worked and studied hard for the opportunity that was open to me. I was 21 and had one more step before getting practical experience to be an accountant. I did not want to heed the feeling to go on a mission.

“But by the end of that week, I was, quite literally, brought to my knees. A mission would be a big sacrifice. I went to the beach and had a long prayer and waited for answers.

“A missionary had told me once I needed to say specific prayers to get specific answers. So I prayed again, asking for a confirmation that I should go on a mission. I then opened the Bible to the New Testament and read, ‘Go ye into all the world, and preach the gospel to every creature.’

“I felt if I could get an answer from the Bible, then I ought to be able to get one from the Book of Mormon. I opened the Book of Mormon, at random, and read where the Savior was commanding the Nephites to go preach the gospel. From that point, I never looked back.”

This young man had faith not only to pray but also to act upon the promptings he received after praying.

Elder David A. Bednar of the Quorum of the Twelve Apostles gave this counsel in an address he titled “Ask in Faith” as he spoke during the April 2008 general conference:

“As we speak of prayer, I emphasize the word meaningful. Simply saying prayers is quite a different thing from engaging in meaningful prayer. I expect that all of us already know that prayer is essential for our spiritual development and protection. But what we know is not always reflected in what we do. And even though we recognize the importance of prayer, all of us can improve the consistency and efficacy of our personal and family prayers.

“The classic example of asking in faith is Joseph Smith and the First Vision. As young Joseph was seeking to know the truth about religion, he read the following verses in the first chapter of James:

“‘If any of you lack wisdom, let him ask of God, that giveth to all men liberally, and upbraideth not; and it shall be given him.

“Jesus invites us to ‘pray always’ (D&C 10:5). Jesus knows that our Heavenly Father hears and gives what is best for us. …

The young Malaysian who took his question to the Lord received an answer. Then he acted upon it. May we offer “specific prayers to get specific answers” and then act upon the directions we receive.