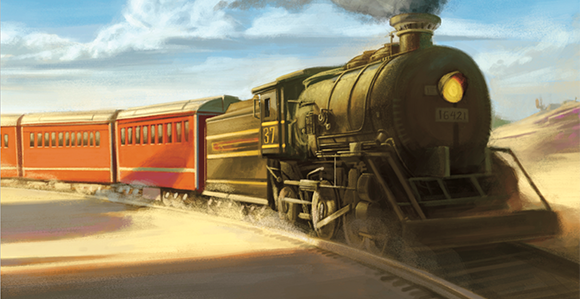 We don’t meet 32 troop trains carrying up to 8,000 military personnel every day—and six million over the years—but we can do small things on our own that make a big difference in other people’s lives.

“The story of the North Platte Canteen provides a reminder that we can turn around and make something good come of our experiences when we face challenges, difficulties, or disappointments.”

Not far from where pioneers traversed a portion of North America’s plains nearly a century earlier, citizens of a small Nebraska town and surrounding communities shared food, friendship, and faith with millions of men on troop trains that made brief stops at a depot in the 1940s.

“During World War II, American soldiers from every city and walk of life rolled through North Platte, Nebraska, on troop trains en route to their ultimate destinations in Europe and the Pacific. The tiny town, wanting to offer the servicemen warmth and support, transformed its modest railroad depot into the North Platte Canteen.

“Every day of the year, every day of the [U.S. involvement in the] war, the Canteen—staffed and funded entirely by local volunteers—was open from five a.m. until the last troop train of the day pulled away after midnight. Astonishingly, this remote plains community of only 12,000 people provided welcoming words, friendship, and baskets of food and treats to more than six million GIs by the time the war ended” (Amazon review, Bob Greene, Once Upon a Town: The Miracle of the North Platte Canteen [2002]).

Each day, citizens from North Platte and 125 communities in eastern Colorado and other towns in Nebraska went to the canteen, where they met up to 32 trains carrying about 8,000 troops. The trains stopped “as long as it took to put water in the steam engines.”

Charles A. Peek offers this in a review of the book telling the story of volunteers who met the trains:

“It was ‘not something orchestrated by the government, … not paid for with public money.’ More, ‘All the efforts … to feed every soldier who passed through on the train … [were] done against the backdrop of national rationing,’ yet volunteers ‘never missed a day, never missed a train.’ Greene rightly calls it a ‘miracle’” (Charles A. Peek, http://digitalcommons.unl.edu/greatplainsquarterly/2409).

The Lincoln County Historical Museum provides this information: “The volunteer effort began on December 17, 1941, when families and friends of the local Nebraska National Guard (Company D) came to the North Platte Depot to give them their Christmas presents. As the train pulled into the depot, the families began to crowd up to the train cars in anticipation. The excitement abruptly came to an end as they looked up and down the train for their boys and none were to be found. Company D had really come, but it was from the Kansas National Guard.

“Everyone stood in disbelief, but finally one person stepped forward and gave their presents to the troops. Soon, everyone else followed. The amazement and happiness expressed by the soldiers receiving these gifts sparked an idea in Rae Wilson’s mind. Wilson, a local store clerk, wrote to the North Platte Daily Bulletin newspaper the next day to raise support for a canteen that would meet every troop train stopping in North Platte. … Little did she know how big the effort would become” (www.lincolncountymuseum.org/the-story-begins).

The story of the North Platte Canteen lends itself to “teaching moments.” Two readily come to mind: one is that the citizens, facing great disappointment, served others. Millions of military personnel received blessings because the citizens did not get to give their gifts to the men from their local National Guard’s company. If “their men” had been aboard that train, would the citizens have begun their canteen?

Another lesson is found in the example of sacrifice the citizens made in order to serve the troops who passed through North Platte. In his review, Mr. Peek writes: “The heart of Greene’s story is the sacrifice of operating the Canteen and the impact it made. Many there had little themselves; one describes volunteering there when ‘we had no Christmas tree—we really had nothing. … I slept on a couch in the living room of [a] rooming house.’ … Greene describes typical contributions, such as ‘Morefield … 25 birthday cakes, 39½ dozen cup cakes, 149 dozen cookies, 87 fried chickens, 70 dozen eggs,’ etc. Families used honey for sweetener so the sugar could go for the Canteen. They supplemented their supply with turkey eggs.”

The story of the North Platte Canteen provides a reminder that we can turn around and make something good come of our experiences when we face challenges, difficulties, or disappointments. The possibilities are endless. Here are just two examples:

Consider the childless woman who, while longing for a baby of her own, offers to tend another woman’s restless toddler during sacrament meeting or look after a neighbor’s children as that neighbor runs an errand. There’s the childless woman who knits blankets for newborn babies. In doing so, she shares in the joy of the arrival of someone else’s child into the world. Much like the citizens who didn’t find the loved ones they expected to see at the North Platte Depot, they turn around and serve other people’s loved ones.

While the citizens of Nebraska and Colorado baked hundreds of thousands of cakes and millions of cookies, most worked alone in their kitchens, contributing what little they could to the volunteer effort. We don’t meet 32 troop trains carrying up to 8,000 military personnel every day—and six million over the years—but we can do small things on our own that make a big difference in other people’s lives.