Viewpoint: Our Own Pioneers 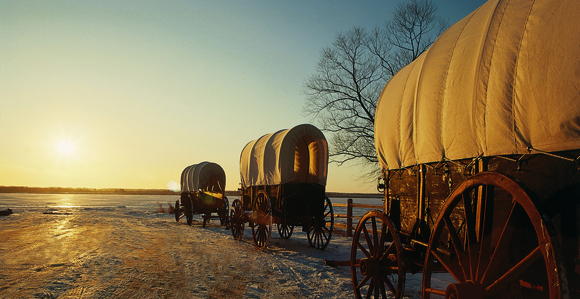 This week, residents of Utah and Latter-day Saints in many parts of the Church will observe Pioneer Day, commemorating the occasion on July 24, 1847, when President Brigham Young, leading the vanguard group of Mormon pioneers, gazed upon the Salt Lake Valley and uttered the words, “This is the right place.”

Though it is a state holiday in Utah, it is an occasion for remembrance among Church members everywhere. The heritage bequeathed by the 1847 pioneers belongs to each and every Latter-day Saint, including the most recently baptized convert in the farthest-flung locale.

They carried forward the vision established by the Prophet Joseph Smith by helping to continue the prophesied gathering of Israel. Their sacrifices made it possible to establish a base in the Rocky Mountains from which the gospel could be carried to every nation, kindred, tongue, and people, and the recipients of that gospel could begin to establish Zion in their own lands wherever they lived.

But many Latter-day Saints also use the Pioneer Day holiday as an occasion to remember pioneers important in their own backgrounds, ancestry, immediate family, or locale in which they live. The gospel encourages us to turn our hearts to our progenitors, to feel deep thankfulness to them for their fortitude in facilitating the blessings we have today.

There are different ways to inspire thoughts of honoring our pioneer forebears, whoever they are and wherever they may have been.

Features added to the Church’s website history.ChurchofJesusChrist.org provide a deeper, more detailed knowledge of the history of the restoration of the gospel and, it is hoped, a strengthened testimony of the Savior Jesus Christ and the work He has brought forth in the latter days.

Also, in an address given in the monthly Men and Women of Faith Lecture Series sponsored by the Church History Library, historical archaeologist Benjamin Pykles told of his exploration of the site of Iosepa, a town established in Utah’s Skull Valley in the desert west of Salt Lake City by a colony of LDS immigrants from the Pacific Islands.

Named in honor of President Joseph F. Smith (Iosepa means “Joseph” in Hawaiian), the town flourished from 1889 to 1917, then was abandoned as most of the residents went to Hawaii to help build the temple in Laie.

Brother Pykles spoke of his findings that exemplify how the colonists blended aspects of their traditional culture with their newfound faith as Latter-day Saints in a special way that was meaningful to them. Their example is worthy of emulation as we honor our own heritage.

For example, the town was established according to the familiar grid pattern of streets with a central square, a pattern that characterizes Salt Lake City and other Mormon settlements throughout the Great Basin. But the settlers gave the streets names such as Honolulu, Waimeia, and Laie. One street was named Napela in honor of an early convert to the Church in Hawaii who is dear to many Latter-day Saints of that heritage.

There have also been recent enhancements made to the Church family history site, FamilySearch.org, including the addition of “stories” and “photos” functions that allow users to post incidents and remembrances about individual ancestors as well as photos of them for the benefit of other descendants in those ancestral lines.

One FamilySearch.org user was delighted to find on the website a group photo that included his great-grandfather, probably identified by a distant relative who also uses the website. The photo shows the ancestor in a group of men posed informally with President George Q. Cannon, a member of the First Presidency under President Brigham Young. The smallness of the group and the proximity of the ancestor to President Cannon in the photo helped the FamilySearch.org user understand that his ancestor not only knew President Cannon, but likely was well acquainted with him.

Several days ago, a Latter-day Saint posted on Facebook a brief tribute to her deceased grandmother. The tribute told of the grandmother’s diligence as a longtime stake Relief Society president and of her sacrifices to help her children enjoy the blessings the family’s modest income would allow. The granddaughter also shared tender memories of how the grandmother had given her comfort and strength during particularly trying episodes in the granddaughter’s life.

An uncle of the granddaughter, who is also a Facebook “friend” to her, posted a response expressing appreciation for the tribute to the grandmother, who is his own mother. He mentioned the “stories” function on FamilySearch.org and suggested that his niece post her tribute on the website, possibly to bless other members of the grandmother’s rapidly and continually expanding posterity.

The granddaughter, who had not been aware of the “stories” feature, pledged to consider the suggestion.

Thus do we today enjoy blessings, technological and otherwise, that help us to learn about and honor our beloved pioneer forebears. May we, on this Pioneer Day and always, make good use of them.