Viewpoint: Gear Down, Power Up, and Serve in Your Calling 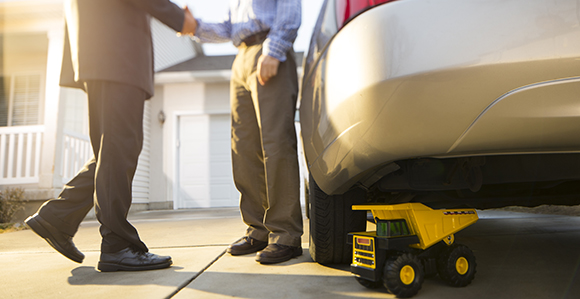 As you serve in your Church calling and personal responsibilities, remember that “whom the Lord calls, the Lord qualifies.”

“I’ve concluded it really doesn’t matter much what your calling is in the Church, as long as you are doing it well. Your work and your calling are just as important as my work and my calling. We’re all in this together.” —President Russell M. Nelson

Several years ago, an elderly bishop presided over a large ward in the Salt Lake Valley. His snow-white hair betrayed his advanced age. And the three fingers missing from his left hand evidenced a life lived with the daily peril and toil of farm work.

This bishop had no academic religious training. In truth, he’d never spent a day in a high school classroom. A product of the Great Depression, he had dropped out of school while still a boy to work and help feed his fatherless family.

He enjoyed telling others that he had graduated, with honors, from the School of Hard Knocks. “Our school colors were black and blue—and our school yell was ‘Ouch!’” he liked to say with a smile.

Perhaps one who did not know the bishop may have asked if he was an ideal fit for such a demanding Church call. (The bishop’s many associates, incidentally, knew that his lack of formal learning didn’t reflect his capacity or intelligence. He was typically, they agreed, the smartest man in the room.)

But the bishop never asked such questions of himself. He believed the Lord had called him. That was enough. And each day he gave his best to God, shepherding and blessing those he was set apart to serve.

That bishop understood and accepted a promise uttered decades later by President Thomas S. Monson: “When we are on the Lord’s errand, we are entitled to the Lord’s help. Remember that whom the Lord calls, the Lord qualifies” (“Duty Calls,” Apr. 1996 general conference).

There are no graduate study programs for General Authorities, bishops, Relief Society presidents, Gospel Doctrine teachers, Mia Maid advisers, Primary music leaders, or any other Church calling. No matter. Just remember, taught President Monson, “that this work is not yours and mine alone. It is the Lord’s work” (“Duty Calls”).

Since ancient times, well-meaning men and women have accepted calls seemingly beyond their experience and capacity. Even the prophet Moses, when called to liberate Israel from bondage, struggled with feelings that he might not measure up:

“And Moses said unto the Lord, O my Lord, I am not eloquent, neither heretofore, nor since thou hast spoken unto thy servant: but I am slow of speech, and of a slow tongue.

“And the Lord said unto him, Who hath made man’s mouth? or who maketh the dumb, or deaf, or the seeing, or the blind? have not I the Lord?

Like the prophet Moses, the Lord promises to bless all who follow His example and accept and fulfill callings and Church responsibilities. All who humbly embrace Church callings add their names to the eternal list of “faithful servants” who put their fears aside, trust in the Lord, and then get to work.

“I’ve concluded it really doesn’t matter much what your calling is in the Church, as long as you are doing it well,” said President Russell M. Nelson at the recent Salt Lake Granger West Stake Conference. “Your work and your calling are just as important as my work and my calling.

“We’re all in this together.”

And, as President Nelson said, no one needs to feel he or she is serving alone. The Church has provided online resources such as handbooks, manuals, and, of course, the counsel and support of Church leaders to help members fulfill their Church callings.

At times the Lord needs “a little help” to assist some as to the validity of the truth that “whom the Lord calls, the Lord qualifies.”

“I recall when I served as chairman of the Church Missionary Committee that I received a telephone call from a member of the presidency of the Missionary Training Center at Provo, Utah,” said President Monson. “He advised me that a particular young man called to a Spanish-speaking mission was having difficulty applying himself to his language study and had declared, ‘I never can learn Spanish!’ The leader asked, ‘What do you recommend we do?’

“I thought for a moment, then suggested, ‘Place him tomorrow as an observer in a class of missionaries struggling to learn Japanese, and then advise me his reaction.’

“My caller responded within 24 hours with the report, ‘The missionary was only in the Japanese language class one-half day when he called me and excitedly said, ‘Place me back in the Spanish class! I know I can learn that language.’ And he did” (“Duty Calls”).

The natural man or woman in all of us, taught Elder Carl B. Cook, a General Authority Seventy, is inclined to “excuse ourselves from serving” for reasons such as “I am not ready to serve; I have more to learn,” “I’m tired and need a break,” “I’m too old—it’s someone else’s turn,” or “I am simply too busy.”

“Accepting and fulfilling a calling is an act of faith. We can trust in what our [late] prophet, President Thomas S. Monson, repeatedly [taught]: ‘Whom the Lord calls, the Lord qualifies’ and ‘When we are on the Lord’s errand, we are entitled to the Lord’s help.’

Elder Cook challenged Latter-day Saints to “make your bishop’s or branch president’s day” by asking him the questions “How can I help?” and “Where would the Lord have me serve?”

“As he prays and considers your personal, family, and employment responsibilities, he will be inspired to extend an appropriate calling. As you are set apart, you will receive a priesthood blessing to help you succeed. You will be blessed! Every member is needed, and every member needs an opportunity to serve.”

Whatever your age or circumstance, let service be your watchcry, concluded Elder Cook. “Serve in your calling. Serve a mission. Serve your mother. Serve a stranger. Serve your neighbor. Just serve” (“Serve,” Oct. 2016 general conference).