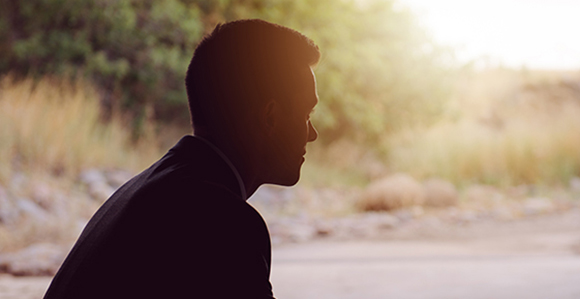 By developing faith in Jesus Christ, we truly can find peace in any circumstance.

“When we are at peace, we can be free of worry and fear, knowing that with the Lord’s help, we can do all that is expected or required of us.” —Elder Joseph B. Wirthlin of the Quorum of the Twelve Apostles

Near the end of his life, the Prophet Joseph Smith was surrounded by conflict, strife, and divisiveness. Yet—even as persecutions, false accusations, and cunning plots swirled around him—he said, just days before his martyrdom, “I am calm as a summer’s morning; I have a conscience void of offense towards God, and towards all men” (D&C 135:4). Amidst stifling strife and contention, he felt an inner peace that sustained him through adversity, even his own martyrdom.

Each of us yearns for that same inner peace. In his April 1991 general conference address, Elder Joseph B. Wirthlin of the Quorum of the Twelve Apostles noted that few blessings from Heavenly Father are more valuable to spiritual health than the reward of peace within. “The value of peace within our hearts cannot be measured,” he said. “When we are at peace, we can be free of worry and fear, knowing that with the Lord’s help, we can do all that is expected or required of us. We can approach every day, every task, and every challenge with assurance and confidence in the outcome. We have freedom of thought and action, freedom to be happy” (“Peace Within”).

“Personal challenges come. A father may have lost his job. A young mother may have learned of a grave illness. A son or a daughter may have gone astray” (“Jesus the Christ—Our Prince of Peace”).

And while some consider peace merely the absence of conflict or the troubles that accompany life on this fallen world, the gift the Savior offers transcends such a transitory, unsustainable definition. The Savior taught His disciples: “Peace I leave with you, my peace I give unto you: not as the world giveth, give I unto you. Let not your heart be troubled, neither let it be afraid” (John 14:27). Referring to the teachings He had given to His disciples, Jesus said: “These things I have spoken unto you, that in me ye might have peace. In the world ye shall have tribulation: but be of good cheer; I have overcome the world” (John 16:33).

In his Christmas devotional address, President Nelson said the sacred responsibilities of the Lord should cause us to adore Him as our personal Prince of Peace. “He was anointed by His Father to be the Savior of the world. These two titles—the Messiah and the Christ—designated His responsibility as the anointed one.

“Under the direction of His Father, Jesus was Creator of this and other worlds. Jesus is our Advocate with the Father. Jesus was the promised Immanuel, the great I Am and Jehovah of Old Testament times.

“He was sent by His Father to accomplish the Atonement, the central act of all human history. Because of His Atonement, immortality became a reality for all, and eternal life became a possibility for those who choose to follow Him. These objectives are the work and glory of Almighty God.

In a First Presidency message in October 1983, President Marion G. Romney, First Counselor in the First Presidency, explained that as a prelude to peace, the influence of Satan must be subjugated. “Earth life is a period of trial for every person of two mighty forces pulling in opposite directions,” President Romney said. “On the one hand is the power of Christ and His righteousness. On the other hand is Satan and his fellow travelers. Mankind, in the exercise of their God-given moral agency, must determine to travel in company with the one or the other. The reward for following the one is the fruit of the Spirit—peace. The reward for following the other is the works of the flesh—the antithesis of peace” (“The Prince of Peace,” Ensign, Oct. 1983).

President Romney then cited two peoples throughout history that have enjoyed lasting peace. The first, the Nephites, were able to obtain this fruit of the Spirit following the ministry of Jesus among them. The scriptures record that they “did truly repent of their sins, were baptized in the name of Jesus; and they did also receive the Holy Ghost. And … in the thirty and sixth year, the people were all converted unto the Lord.” In consequence, “there were no contentions and disputations among them … because of the love of God which did dwell in [their] hearts. … There were no envyings, nor strifes, nor tumults, nor whoredoms, nor lyings, nor murders, nor any manner of lasciviousness; … but they were in one, the children of Christ, and heirs of the kingdom of God” (4 Nephi 1:1–2, 15–17).

The other, the people of Enoch, continued in righteousness so that “the Lord came and dwelt with” them and “called his people Zion, because they were of one heart and one mind, and dwelt in righteousness” (Moses 7:16, 18).

“As it was with the Nephites and the people of Enoch,” President Romney continued, “so it has always been and always will be; for banishing Satan by living the gospel of Jesus Christ is the price of—and the only way to—peace.”

By paying the price of peace, by developing faith in Jesus Christ and living according to the principles He has emulated for us, we truly can find peace in any circumstance.