Viewpoint: Ask for the Lord's Help in Recognizing Others' Potential 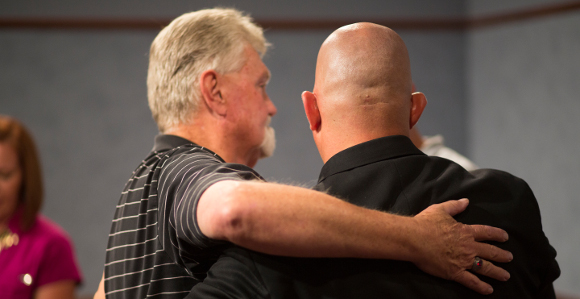 “I promise you that if you ask, you will be blessed to help and lift others to their full potential in the service of those they lead and love.” —President Henry B. Eyring

“I pray that you will be inspired to help others discover their special gift.” —President Henry B. Eyring of the First Presidency

The scriptures contain many examples of people who have chosen to follow Christ on the path of discipleship. Although their backgrounds vary—some include great faith from a young age while others have been through a major change of heart—no matter the path one takes, all have the opportunity—and potential—to become a faithful disciple of Jesus Christ.

One example in the New Testament teaches how a man completely changes as he understands his potential and finds his focus and purpose in life.

Saul, a Jew from Tarsus, had been one who “made havoc of the church” (Acts 8:3) by bringing hostility to Christian believers. He was “breathing out threatenings and slaughter against the disciples of the Lord” (Acts 9:1). Saul persecuted and jailed Christians.

While Saul was journeying from Jerusalem to Damascus with the intent to arrest anyone teaching about Jesus Christ, a light suddenly appeared from heaven and shone round about Saul. As the light appeared, he fell to the earth and heard, “Saul, Saul, why persecutest thou me?”

Saul responded by saying, “Who art thou, Lord?”

The Lord responded and said, “I am Jesus whom thou persecutest.”

Saul, trembling and astonished, responded, “Lord, what wilt thou have me to do?”

The Lord commanded him to arise and go into the city, where “it shall be told thee what thou must do.” As he arose he was blind, unable to see his way. Those traveling with Saul led him to Damascus where, for three days, he went without sight until he met a Christian named Ananias. The Lord had said in a vision to Ananias to go and find Saul, that he might bless Saul so he could receive his sight.

Saul’s vision returned, and with it he had a new understanding of his purpose in life. Saul, the persecutor of Christians, became Paul, a humble disciple of Christ (see Acts 9:1–18).

Those few words—“Lord, what wilt thou have me to do?”—marked an important turning point for Saul. It didn’t matter where he had been or what he had done; the Lord saw in Saul potential and knew that he would become a great leader and humble disciple.

Rather than seeing who Saul was then, the Lord saw who Paul could become.

President Thomas S. Monson, in his October 2012 general conference address, spoke of seeing others not as they are, but as they can become. He shared a story of an American prison warden, Clinton Duffy, in the 1940s and 1950s who was well known for his efforts to rehabilitate the men in his prison.

“We had one adult member in the branch who was a deacon in the Aaronic Priesthood but who didn’t attend or participate enough to be advanced in the priesthood,” he said. “I felt inspired to call him as the branch president.”

President Monson recalled the day he interviewed the man and told him that the Lord had inspired him to call him to be the branch president. Although he was reluctant at first, he indicated he would serve. He was ordained a priest. That inspired call marked a new day for that man. His life was quickly put in order, and, from that point, he went on to be sealed with his family in the temple. His children served missions and were later married in the temple.

If a loving Heavenly Father could see potential in Saul—someone who had persecuted believers—He can see the potential of every one of His children. No matter the circumstance, all can change through the Atonement of Jesus Christ as they repent and choose to follow Christ. As it was with Paul, it isn’t as much where a person has been but where he or she is going that truly matters.

“Sometimes letting our brethren know they are needed and valued can help them take that step into commitment and full activity,” President Monson said. “This can be true of priesthood holders regardless of age. It is our responsibility to give them opportunities to live as they should. We can help them overcome their shortcomings. We must develop the capacity to see men not as they are at present but as they may become when they receive testimonies of the gospel of Christ.”

As the Lord said to Samuel in the Old Testament, “Look not on his countenance, or on the height of his stature; because I have refused him: for the Lord seeth not as man seeth; for man looketh on the outward appearance, but the Lord looketh on the heart” (1 Samuel 16:7).

Most will not have a heavenly visitation similar to Paul’s as he traveled to Damascus, but all can learn of their own personal worth—including gifts and talents—and the potential Heavenly Father sees in each of His children.

“God knows our gifts,” President Henry B. Eyring, First Counselor in the First Presidency, said during his October 2012 general conference address. “My challenge to you and to me is to pray to know the gifts we have been given, to know how to develop them, and to recognize the opportunities to serve others that God provides us. But, most of all, I pray that you will be inspired to help others discover their special gift.

“I promise you that if you ask, you will be blessed to help and lift others to their full potential in the service of those they lead and love.”