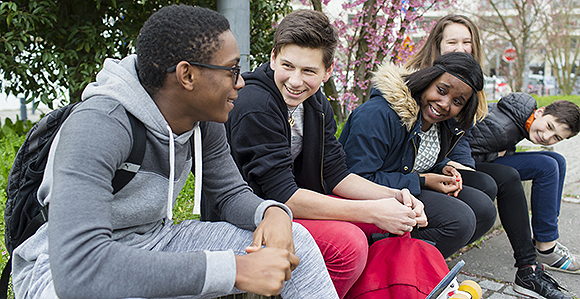 A group of Latter-day Saint youth socialize together. The Church has released updated chapters in the new General Handbook for Aaronic Priesthood quorums, Young Women, and Primary.

The chapters are available in English on ChurchofJesusChrist.org and in the Gospel Library app as of March 25.

The First Presidency announced in January the new, primarily digital administrative handbook—titled General Handbook: Serving in The Church of Jesus Christ of Latter-day Saints—to replace Handbook 1 (for stake presidents and bishops) and Handbook 2 (for all other organization leaders). The handbook is accessible to anyone.

The Aaronic Priesthood quorums, Young Women, and Primary chapters have been updated as follows:

With these three revised chapters, 12 of the handbook’s 38 chapters have been updated. Nine chapters were released in February. The entire handbook will be reworked by 2021.

The advantages of a primarily digital handbook include allowing Church leaders to make updates more easily and at a lower cost, using links to provide easy access to other Church resources and embedded instructional videos, and making searching for content easier.

Eventually, the digital handbook will allow for customization and adaptation of content by calling and geographic area.

More information about the new handbook can be found in this list of frequently asked questions.