Ulisses Soares: Yes, We Can and Will Win! 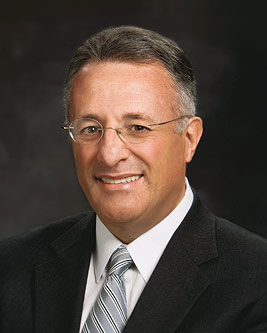 A war with sin is being waged daily, Elder Ulisses Soares of the Presidency of the Seventy said during the priesthood session of general conference, but “this is a war we can and will win. The Lord trusts in our capacity and determination to do so.”

Elder Soares spoke of countless scriptural examples of those who have won their wars in the midst of hostile situations, including Captain Moroni in the Book of Mormon.

“Figuratively, all of us need to transform ourselves into modern Captain Moronis in order to win the wars against evil,” he said. He told of a faithful young deacon who did so.

In the midst of a group of friends who were accessing pornographic images on their cell phones, he said what they were doing was not right and that they should stop or they would become slaves to it. Most of his classmates ridiculed his counsel, but one among them decided to stop what he was doing.

“Of course, he and his friend faced mockery and persecution because of that decision,” Elder Soares said. “On the other hand, they had followed the admonition of Alma to his people when he said, ‘Come ye out from the wicked, and be ye separate, and touch not their unclean things’ (Alma 5:57).”

Elder Soares said the war of good against evil will continue throughout life, “since the adversary’s purpose is to make all people as miserable as he is. Satan and his angels will try to shroud our thoughts and assert control by tempting us to sin. If they can, they will corrupt all that is good. Nevertheless, we must understand they will only have power over us if we allow it.”

In warning against that, Elder Soares said, “We cannot allow ourselves to be confused by popular messages that are easily accepted by the world and that contradict the doctrine and true principles of the gospel of Jesus Christ. Many of these worldly messages represent nothing more than an attempt of our society to justify sin.” Elder Soares assured that all can receive the strength to choose the right “if we seek the Lord and place all our trust and faith in Him. But as the scriptures teach, we need to have a sincere heart and real intent.”