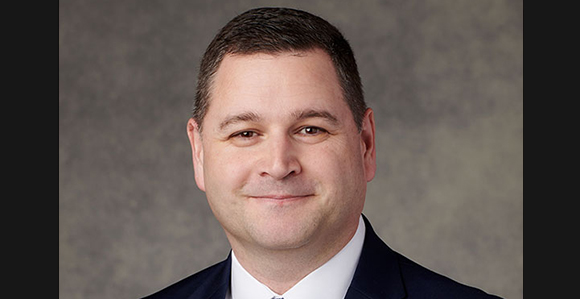 Elder Ricardo P. Giménez was sustained Saturday, April 6, 2019, as a General Authority Seventy in The Church of Jesus Christ of Latter-day Saints.

“No matter what the Lord requires from us, we will say, ‘Yes,’ we will do our best, and we will put our trust in Him.” —Elder Ricardo P. Giménez, General Authority Seventy

The city of Antofagasta, Chile, seemed doubly blessed during April 2019 General Conference. In one session, President Russell M. Nelson announced a new temple for the port city and regional capital in the heavy mining area of northern Chile. And in another, native son Ricardo P. Giménez was named as one of 10 newly called General Authority Seventies.

The Antofagasta moment was shared by Latter-day Saints in Ely, a town of some 4,000 in east-central Nevada that served as a 19th-century stagecoach station and where copper was discovered in 1906. Ely is where Elder Giménez, his wife, Sister Catherine Giménez, and their two children have lived—and learned—for the past three years.

A three-year contract to work as an administrative manager for an Ely mining company came in April 2016, coinciding with his release as an Area Seventy in Chile. The Giménez family arrived on a dark, rainy day to a stark home, facing a new location, new language, and new culture.

“We prayed about it—and we felt it was good,” Elder Giménez said. “Looking back, we can connect the dots, but at the time, it was pretty hard.”

Accepting invitations to speak in Church, to teach classes, and to give talks seemed daunting—even speaking English with others over the phone was a considerable challenge initially.

“During this time, we drew closer to Heavenly Father than in any other time,” said Sister Giménez, who diligently prepared talks and lessons, went teaching with the full-time missionaries, and committed to share her testimony monthly in English “because that’s the only way I’m going to know how.”

Elder Giménez said, “It was a very humbling experience to be reminded to put our trust in the Lord more than in our own capabilities.”

“That was our intention from the very beginning. So no matter what the Lord requires from us, we will say, ‘Yes,’ we will do our best, and we will put our trust in Him. It was part of the learnings the Lord wanted for us over these three years.”

That attitude carries over now, not only for Elder Giménez in his new assignments, but for Sister Giménez when she accompanies him and participates as invited.

An 11-year-old Ricardo Giménez joined the Church in Santiago, where he, his mother, and younger sister relocated after his parents’ divorce in Antofagasta. Attending various churches in search of comfort and peace, his mother was introduced to Latter-day Saint missionaries.

After being taught by the elders, young Ricardo told his mother he wanted to be baptized; she agreed and joined him. “I had a real and clear impression that it is true,” Elder Giménez recalled of his conversion. “I felt that everything made sense and fit in the right place.”

Catherine Carrazana was born in a Latter-day Saint family and participated in meetings and activities until she was 12, when her family stopped attending. Drawing on childhood memories of singing hymns and Primary songs and watching filmstrip presentations of the First Vision, she returned to Church participation at age 18.

“I came back by myself—I always knew it was the right place for me, and I never stopped praying,” she said, adding, “I knew that I had to get married in the temple.”

While riding a bus en route to work in her father’s store one summer day in 1995, Catherine first spotted Ricardo—different because he was taller and of lighter complexion than other Chilean men—walking on a street of Antofagasta. She saw him again later that evening at a party with friends, noticing him socializing and dancing with others.

But she didn’t actually meet and talk to him until after the summer ended and she had moved to Santiago to attend college and live with her uncle, who was the bishop of a ward in Chile’s capital city. Attending Sunday meetings, she saw the same young man she remembered seeing on the streets and at the previous party in Antofagasta, some 800 miles away.

As they got acquainted, she learned that he—a returned missionary and college student living in Santiago—returned to Antofagasta each summer to spend time with his father, the reason she first saw him there. They spent the next six months becoming good friends before he asked her for a date.

The Antofagasta-Santiago connection continued: the couple were married civilly—as legally required—in September 1997 in Antofagasta then sealed a couple of days later in the Santiago Chile Temple.

As they started their family in Chile, he first worked in the mining industry then in information technology services. As family and profession both progressed, he considered attending Brigham Young University’s Marriott School of Business or pursuing international work opportunities. But his commitment to Church callings didn’t mesh with the timing of such possibilities, which came as he was serving as a bishop in Antofagasta, then as stake president there, and later as an Area Seventy.

Once in Ely, they realized temples were nearly every direction—in Nevada, Utah, and Idaho. But they are all located from three to five hours away by car. For the Giménez family, that’s only a third or less of the 15 hours to drive from Antofagasta to the temple in Santiago.

Elder Giménez—who was serving as a stake presidency counselor in Ely at the time of his call—would hear Latter-day Saints there talk about trying to work in a temple visit along with errands or shopping in the larger cities several hours away.

“Four hours—for me, that is a gift; it is a blessing. Don’t say that it’s too far away,” he said. “Put the temple as a goal, not just part of a side trip for errands or shopping. Let’s switch the priorities, let’s go to the temple. You can do the other, but the main priority is going to the temple.”

Elder and Sister Giménez have shared parts of their culture with friends and acquaintances in Ely, such as Latin gestures of closeness—greetings of a hug and small kiss (“besito”) between women or an embrace (“abrazo”) shared by men.

“I’ve converted the whole stake presidency and high council, because I grab them and I hug them,” Elder Giménez said. “And the same with the missionaries—when I hug them, they put their heads on my shoulder.”

While modeling for Ely one type of “embracing,” they’ve tried to show another kind of embracing: taking the faith, testimony, ministering, and serving they’ve learned—whether it be in Antofagasta, Chile, or Ely, Nevada—“so that we can embrace everything that is good and put it into serving the Lord,” he said.

Both wonder if they are up to their new tasks. “I’m super worried about being ready spiritually,” Sister Giménez admitted.

Elder Giménez said he thinks of other Latter-day Saints with more knowledge and more experience. “This is the first time in my life that I really feel my inadequacies—huge, huge inadequacies.

“I ask myself, ‘Who are you? I’m nobody,’” he said, then quickly reminds himself of the many times he has taught the principle of the Lord qualifying those whom He calls.

“I’ve taught that saying many times in the past, and now I’m trying to apply it to myself. Heavenly Father calls you. He knows you. So just go and do what He wants, and everything will be fine.”