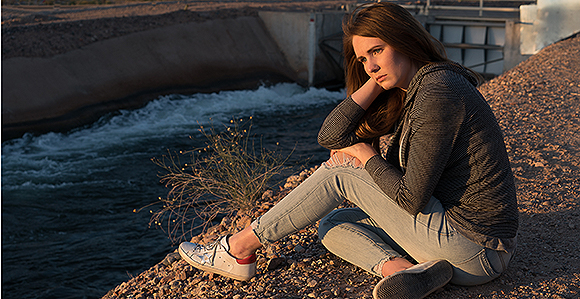 As a survival mechanism, humans are wired for wired for negativity and must be taught positivity. Certain tools can help train the brain to think differently.

“When we align our lives according to our deepest values, we experience greater mental health.” —Debra Theobald McClendon, psychologist

Most people don’t wake up thinking excitedly, “My knee feels so normal.”

That’s because people are wired for negativity—it’s a survival mechanism intended to let people know, for example, that waking up with pain in their knee is a problem. This means people must be taught positivity, according to Steven Eastmond, a licensed clinical social worker with the Family Transitions Counseling Center.

However, “depression is not something that you just go cheer yourself up and you’re good,” he said. “It doesn’t work that way.”

That doesn’t mean there aren’t tools to train the brain to think differently, though. Eastmond spoke at BYU Education Week during an August 21 session titled “Practical Tools for Combating Depression and Anxiety.” His presentation was not addressed solely to those suffering from mental health conditions, as his techniques for overcoming negative thinking are applicable to everyone.

For example, Eastmond used Book of Mormon stories to illustrate “balancing the scales”; while Laman and Lemuel only complained about their situation, Nephi “states both what is negative and real and what is positive and real,” Eastmond said. “In other words, [Nephi] balances the scales.”

“Sometimes you just have to roll with stuff,” he said. “There’s more to be seen than sometimes you think.”

Another technique is reframing, which is “looking at a situation completely differently than what you’re used to or what is obvious,” he said.

Eastmond said people often get pigeonholed into one particular view; for example, problems can be viewed as opportunities to improve rather than setbacks. That isn’t to say people should never try to improve their lives; rather, it means “be happy with where you are instead of being negative about it, but do not be content to stay there,” he said.

Eastmond also reminded listeners that Satan doesn’t need people to sin in order to distract them; he only needs them to dwell on the past or the future.

“Focus on right now, in the present,” he said. “It results in peace.”

McClendon, a licensed psychologist, listed common depression symptoms, such as loss of interest in formerly enjoyed activities, significant weight loss or gain, insomnia, fatigue, feelings of worthlessness, and inappropriate guilt (like feeling bad over something that happened 20 years ago).

She also noted that the most recent suicide statistics, from 2016, show 123 suicides are completed in the U.S. every day, a bigger number than when she gave the same presentation a year ago. Utah is also no. 5 in the nation for suicides, with suicide being a leading cause of death in the state.

What pessimism, depression, and suicide all have in common, she said, is “the core feature is an overly negative thinking style. That includes negative bias [and] rigid or inflexible thinking. … Negative thoughts become emotional amplifiers.”

McClendon discussed some forms of inflexible thinking called “cognitive distortions,” such as all-or-nothing thinking (“If I don’t get straight A’s, I’m a failure”) or labeling (“I’m such a loser because I made a mistake”).

“It encourages that rigidity of thinking, so catch yourself,” she said. “I think we all tend to do some of these a lot.”

“That’s actually massive if you think about it,” she said.

McClendon highlighted several important happiness factors, such as proper sleep and nutrition. Exercise is particularly important, she said, because it rebuilds the brain connections broken down by depression.

Gratitude is another key component, and McClendon encouraged listeners to create a “happy list” where they can jot down good things from their day, which is particularly beneficial on bad days. She also encouraged “positive sentiment activities,” such as giving service or playing an instrument.

“Even if you’re not struggling with depression, you need to do things every day that make you happy,” she said.

“When we align our lives according to our deepest values, we experience greater mental health,” she continued. “It’s a discrepancy between how we believe we should be living our lives and where we are that creates that sense of dysfunction. So if we bring those together and align those, we experience a greater sense of happiness.”

She said another big takeaway was the importance of being understanding toward people with depression because they’re struggling with a real medical condition.

Debbie Lord, from Orem, Utah, also attended McClendon’s session and said it’s important for people with depression to know that there’s no one-size-fits-all treatment plan and they should find what works for them.