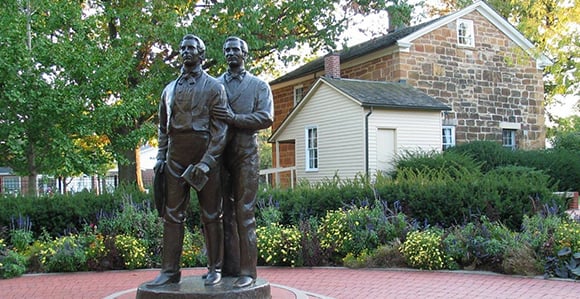 A statue of Joseph and Hyrum Smith stands outside Carthage Jail in Carthage, Illinois. June 27, 2019, will mark the 175th anniversary since their martyrdom.

On June 27, 1844, a mob stormed Carthage Jail in Illinois and shot the Prophet Joseph Smith and his brother Hyrum Smith.

President Joseph F. Smith, the son of Hyrum Smith and the sixth President of The Church of Jesus Christ of Latter-day Saints, recorded these feelings about the martyrdom: “The martyrdom has always been an inspiration to the people of the Lord. It has helped them in their individual trials; has given them courage to pursue a course in righteousness and to know and to live truth, and must ever be held in sacred memory by the Latter-day Saints who have learned the great truths that God revealed through his servant, Joseph Smith” (in Teachings of Presidents of the Church: Joseph Smith, chapter 46).

This year marks the 175th anniversary of that monumental event.

The martyrdom is one of several notable dates and anniversaries for the Church in 2019. The list includes milestones in the Young Women program, a historic site in northern Utah, the first temple built outside the continental United States, and significant moments in the history of missionary work, among others.

The following list, which draws from timelines at thechurchnews.com and history.ChurchofJesusChrist.org, is not all-inclusive.

One century after Joseph and Hyrum were killed, the Church purchased land in Spring Hill, Daviess County, Missouri. The property is more commonly known to Latter-day Saints as Adam-ondi-Ahman (see Doctrine and Covenants 116).

The property deeds listed the date June 27, 1944, marking the 100th anniversary of the martyrdom.

President Howard W. Hunter and other Church leaders visited Carthage Jail and delivered remarks in a special meeting in 1994 to commemorate the 150th anniversary.

In 1944, a plaque dedicated by President Heber J. Grant was placed in the Lion House to celebrate the 75th anniversary.

In May 1869—150 years ago—workers completed the transcontinental railroad at Promontory Summit in Box Elder County. The wedding of the rails strengthened the general economy of the Church in Utah and had a significant impact on immigration. (See related story.)

In November 1919—100 years ago—President Grant dedicated a new temple in Laie, Hawaii, the fifth temple in the Church and the first to be built outside the continental United States.

In February 1994—25 years ago—the First Presidency announced plans to renovate the Uintah Stake Tabernacle into a temple. When dedicated in 1997, the Vernal Utah Temple, the first existing building to be renovated into a temple, became the state’s 10th temple.

In November 1969—50 years ago—the Southeast Asia Mission formally opened with headquarters in Singapore. The following year, the first missionaries traveled to Indonesia, which was part of the mission.

In May 1994—25 years ago—President Ezra Taft Benson died at age 94 after more than eight years of service as Church President. A short time later, President Hunter was set apart as the new President. He selected President Gordon B. Hinckley and President Thomas S. Monson as his counselors. 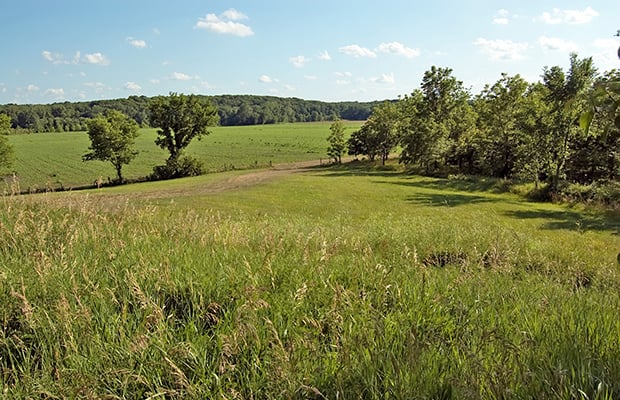 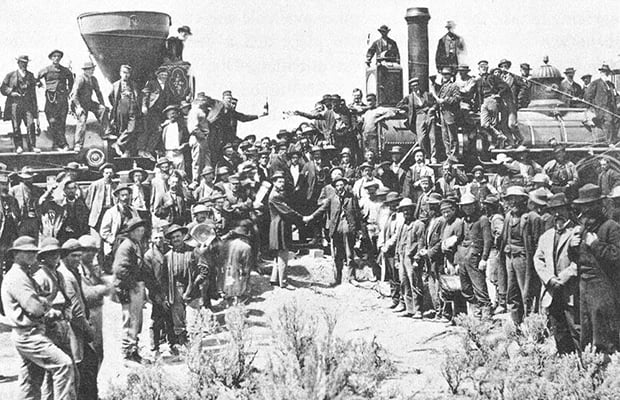 The ceremony commemorating the driving of the golden spike on the first transcontinental railroad in North America, May 10, 1869. Photo courtesy of Wikimedia. 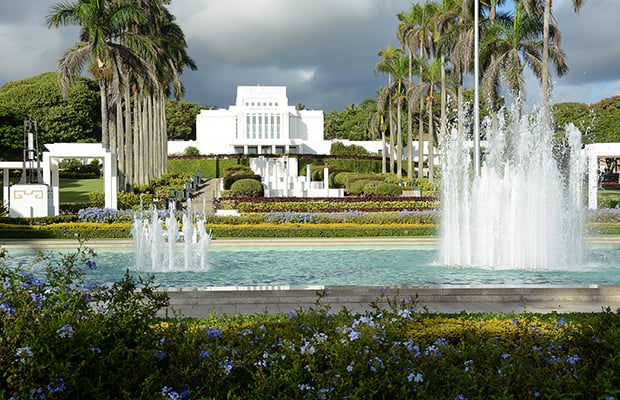