Temples in Mesa, Raleigh, and Baton Rouge to Close for Renovation

The First Presidency of The Church of Jesus Christ of Latter-day Saints has announced the Mesa Arizona (top left), Raleigh North Carolina (bottom left), and Baton Rouge Louisiana (right) Temples will close in 2018 for extensive renovation.

The First Presidency of The Church of Jesus Christ of Latter-day Saints has announced three temples in the United States that will close in 2018 for extensive renovation.

The Mesa Arizona Temple will close in May 2018 and will reopen in 2020 following needed repairs and upgrades.

This is the second renovation for the 90-year-old temple in Mesa, Arizona. It was rededicated in 1975 by President Spencer W. Kimball following refurbishment. It was originally dedicated by President Heber J. Grant in 1927.

The Raleigh North Carolina Temple will be closed beginning January 2018.

The temple in Raleigh was dedicated by President Gordon B. Hinckley in December 1999. 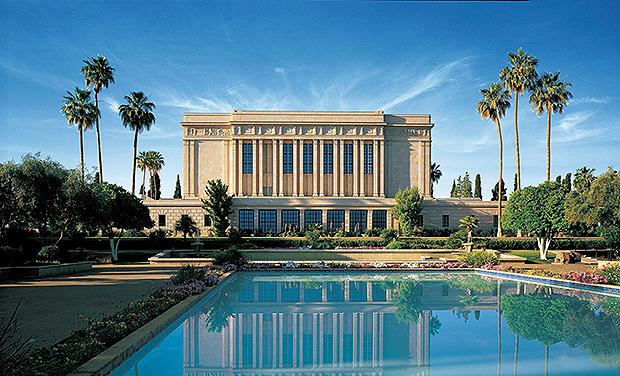 The Mesa Arizona Temple will close in May 2018. 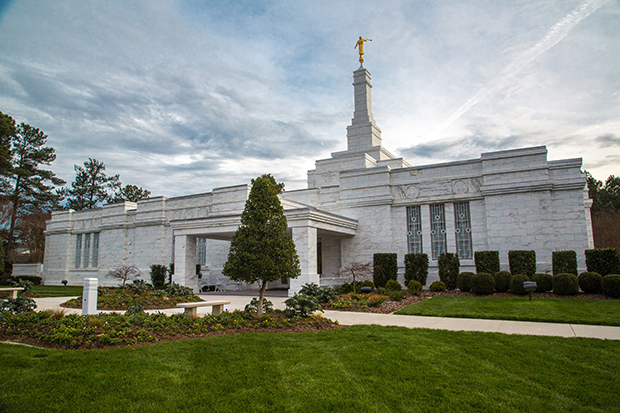 The Raleigh North Carolina Temple will close in January 2018.

In February 2018, the Baton Rouge Louisiana Temple will temporarily shut down. President Hinckley dedicated the temple in Baton Rouge in July 2000. 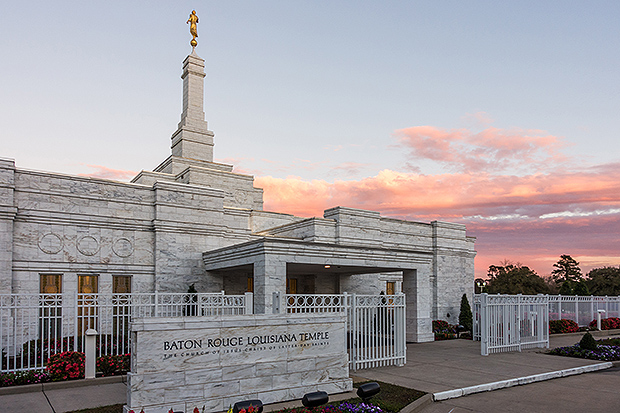 The Baton Rouge Louisiana Temple will close in February 2018.

The temples in North Carolina and Louisiana will be rededicated sometime in 2019. Public open house and rededication information will be provided for the three temples as the renovations near completion.

Other temples under renovation

The announcement of the three new renovations brings the number of Latter-day Saint temples undergoing or scheduled to close for renovation to 11.

Work is currently underway in the Salt Lake Valley on the Jordan River Utah Temple, which closed February 15, 2016. The Frankfurt Germany Temple was closed September 7, 2015, for extensive renovation.

The Tokyo Japan, Oklahoma City Oklahoma, and Memphis Tennessee Temples will close in October 2017, and the Asunción Paraguay Temple will close in November 2017. Renovations are expected to be completed in 2020 for the Tokyo Japan Temple and 2019 for the other three temples slated to close this fall.

The Oakland California Temple will close in February 2018, while the Washington D.C. Temple is scheduled to close in March 2018.