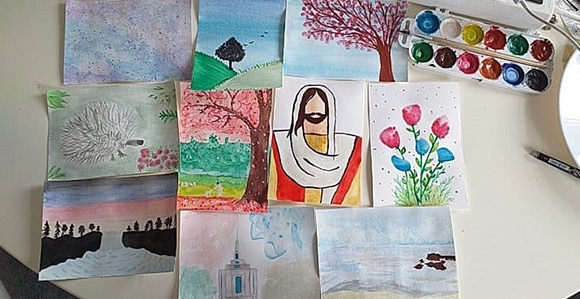 During the COVID-19 quarantine, Christina Broberg happily watched as her four boys, ages 12 to 23, built a halfpipe in their backyard.

“They did all of it—from the planning of it to every last nail in the construction. . . . It was so exciting to watch them research, plan, work, and problem-solve together on a massive project,” said Broberg, from the Edgemont 14th Ward, Provo Utah Edgemont Stake. “It was great motivation for them to get their schoolwork done quickly so they could work on it.”

They planned so well that the construction took only two days of hard work.

“This project has certainly made life in quarantine more enjoyable for every member of our family, including my 99-year-old grandfather, who watched the construction of it and tried it out with his walker,” she said.

Like the Broberg family, Latter-day Saints from all around the world have been using their extra quarantine time to develop new talents, re-visit prior activities, and create finished products. 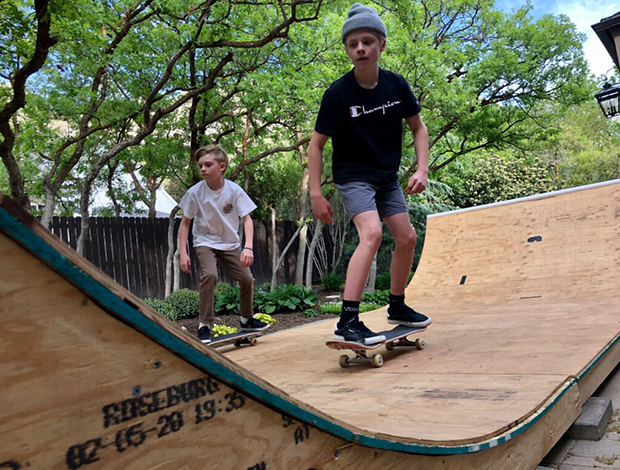 Mark and Reed Broberg skate on the halfpipe they built in their backyard during quarantine. Photo by Christina Broberg, courtesy of Church News.

Sister Liya Mishchenko, a missionary serving in Latvia in the Baltic Mission, has picked up watercoloring.

“I had never done it before,” said Sister Mishchenko, who is from Zaporizhzhia, Ukraine. “Well, at school growing up, they probably forced us to do something like that, but it never worked out for me.”

But now Sister Mishchenko and her companion watercolor together.

“It didn’t come immediately,” she said. “Honestly, I’m surprised I can do something like that,” she said.

Bolivia native Estael Gutierrez has also taken to painting—but painting for her family. She spent a week buying supplies, cleaning, and painting her children’s rooms.

“I love it,” said Gutierrez, from the Glenmoor 7th Ward, South Jordan Utah Glenmoor Stake. “I want the children to feel happy and fresh.”

A few weeks ago, Ben Driggs’s daughter told him one of the top five moments of her life was paragliding in the Swiss Alps.

Driggs, from the East Mill Creek 4th Ward, Salt Lake East Mill Creek Stake in Utah, decided to make something special out of that memory for his daughter during quarantine—he took up mosaic art.

He located an online company that accepted the photo capturing his daughter’s favorite moment and then shipped him raw stone that he cut to recreate the image. After “a couple hours a day, here and there, for three or four weeks,” Driggs finished the 18-by-24-inch mosaic. 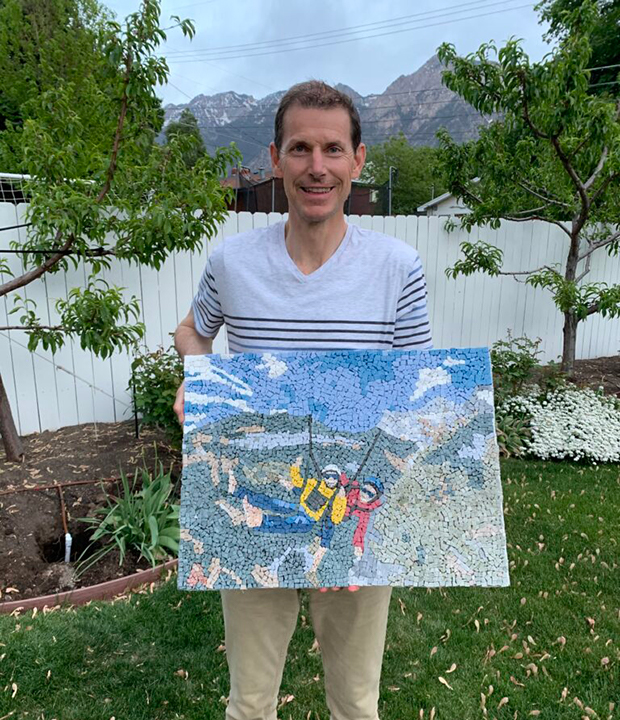 Ben Driggs created a mosaic from a photo of his daughter paragliding in the Swiss Alps. Photo by Eliza Smith-Driggs, courtesy of Church News.

“I was nervous the whole time to see how it would turn out because I had never done it before . . . it was a guessing game . . . but it wasn’t difficult at all; anybody could do it,” Driggs said. “It was a lot of fun.”

Before coronavirus was big in Utah, Ali Jones bought a quilt kit just for fun. The member of the Salem 6th Ward, Salem Utah Stake, had never quilted before.

Once quarantine set in, Ali took the opportunity to involve her 11- and 13-year-old daughters from the Salem 6th Ward in the Salem Utah Stake in the quilt-making process.

“The first square did not look right and wasn’t lining up, so I put a picture on Instagram and asked for anyone to tell me maybe what I was doing wrong or give me some tips. . . . I got a lot of responses.”

With those tips, she and her kids pieced the rest of the quilt together. Although the finishing touches are not yet done, Jones said seeing it all come together was “so satisfying.”

Tamiko Verkler, a mom from the Valparaiso 1st Ward, Menlo Park California Stake, already dabbles in Spanish but has taken the extra time afforded in quarantine to start learning French.

“I chose French because I love France and hope to be able to speak French there instead of relying on them to speak English to me,” she said.

Verkler said learning French is as hard as she thought it would be, but she is glad to be trying new things during this time.

“I like to feel useful and it’s hard to feel useful while I’m at home,” she said. “Knowing other languages is always useful. It helps us connect with each other.”

Eighteen-year-old Giulia Chiuchiolo from the Piacenza Ward, Verona Italy Stake, has always loved the “world of cooking” but says she hasn’t always been good at it.

“I even blew up a pot once,” she admitted. 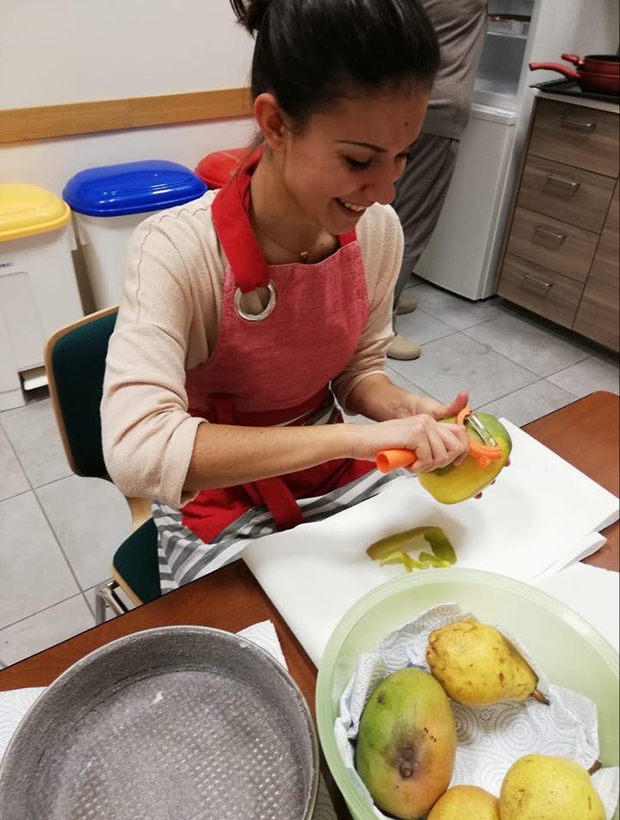 But “what better time to learn than in quarantine?” wondered Chiuchiolo, who has battled boredom by learning how to make Italian food with her mom.

She said it was amazing to see her passion turn into a talent, adding she finds “huge joy” in seeing others enjoy her food.

“It takes a lot of effort. Spending many hours standing and looking at a thousand pots at the same time is difficult and tiring. Despite this, surely it is a talent that I want to carry on, also for the family I will have in the future.”

Cami Morata, a returned missionary and BYU student from the Philippines, read online when the quarantine was first imposed that “it’s important to create and not just consume.”

“While this is a totally unstable time and it’s OK to watch lots of movies, I wanted to try and get creative, too,” said Morata, a member of the Provo YSA 37th Ward, Provo Utah YSA 3rd Stake.

She has always loved watercolor paintings but had never tried one on her own. Now, she watercolors every day. Calling it her “wind-down activity” at the end of each day, she hopes to continue painting, even after quarantine. “I might not be able to do it every day like I am now, but I hope to do it at least every week,” she said. “It’s relaxing, and I feel productive at the same time.”

From the Tallinn Branch in Eastern Europe’s Tallinn Estonia District, Lehte Kirisberg—a mother to 12 and grandmother to 14—loves taking care of her garden. Quarantine makes two aspects of gardening different: her son has time to help, and Kirisberg is “branching” out, tending new varieties of plants she’s never planted before.

She is also a poet. After two years of not writing, she has picked up her pen again. “The words aren’t mine; they come from above,” she said.

Meanwhile, in Thailand, Maneerat Jarataroonchay has also found joy in gardening. Both she and her husband—both of the Udorn Thailand District’s Udorn 1st Branch—love to eat salad, but instead of going to the store to buy lettuce, she thought it would be safer to grow it herself.

“She enjoyed that she could do what she wanted for a while and help with the situation so that we don’t have to buy stuff,” said her husband, Wongsagon Jarataroonchay.

Seventeen-year-old Nathaniel Wells, from the Aspen Hills Ward, Sandy Utah Granite South Stake, loved baking long before the pandemic. But with the extra time on his hands, he decided to pick a different country each day using a random country generator, research that country’s traditional food, then make it.

“I wanted to have a project I could keep up with or look forward to, and it was the only way I could explore the world stuck at home,” Wells said. “I’ve had a lot more time to cook and explore new recipes in quarantine, and it definitely pushed me to branch out more.”

“It Wasn’t as Easy as It Looked”

BYU student David Parkinson hadn’t done much running. But when the pandemic got more serious, he thought he’d try it. How hard could it be, right?

“I went on a 2-mile run, and actually threw up afterwards,” said Parkinson, from the Boise 13th Ward, Boise Idaho Stake. “I realized it wasn’t as easy as it looked.”

“And now, a month later, I find myself running almost every day, and even was able to do a 17-miler as I get ready for an upcoming marathon.” 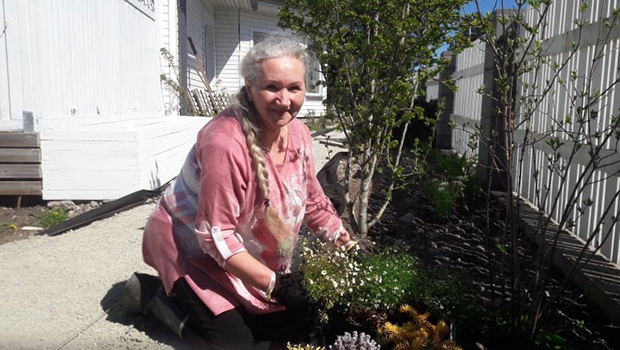 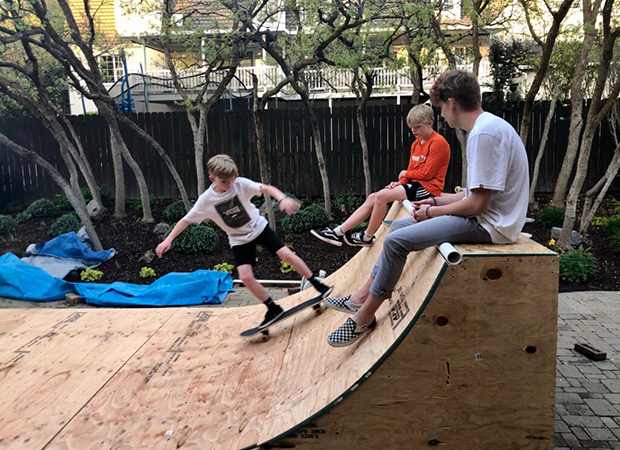 From left to right: Mark, Reed, and Charlie Broberg skate on the halfpipe they built in their backyard during quarantine. Photo by Christina Broberg, courtesy of Church News. 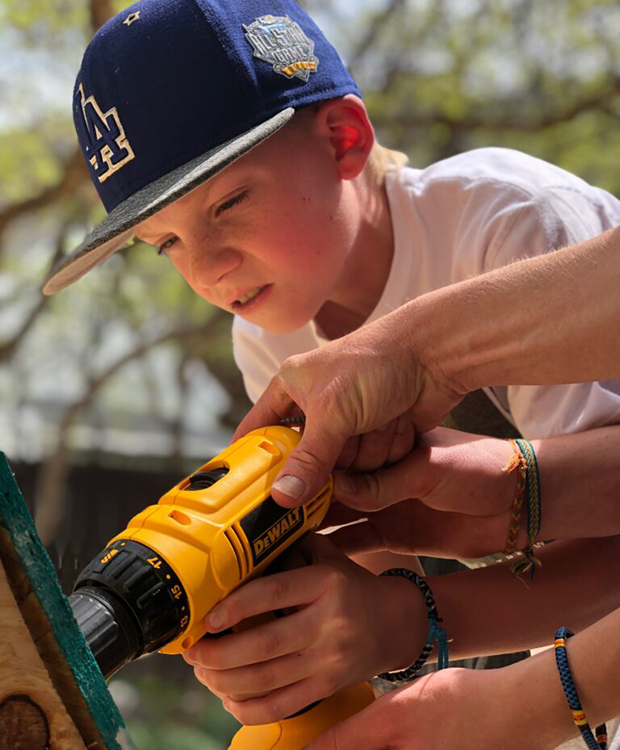 Mark Broberg builds a halfpipe in his backyard with his family. Photo by Christina Broberg, courtesy of Church News. 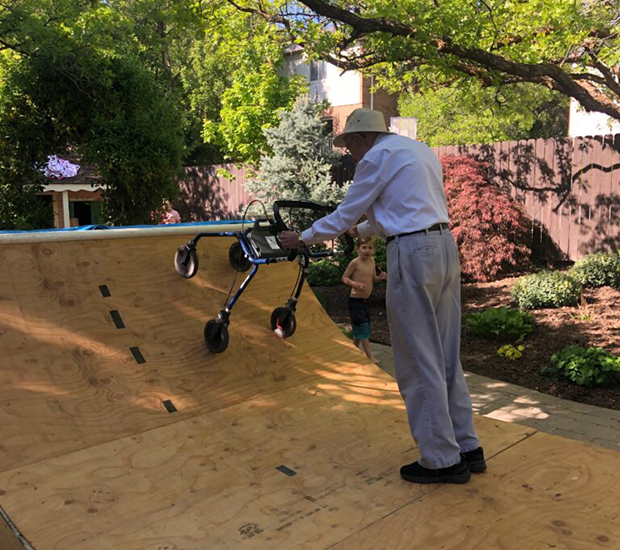 John Welch tries out the homemade skate halfpipe his great-grandsons and grandson made during the COVID-19 quarantine. Photo by Christina Broberg, courtesy of Church News. 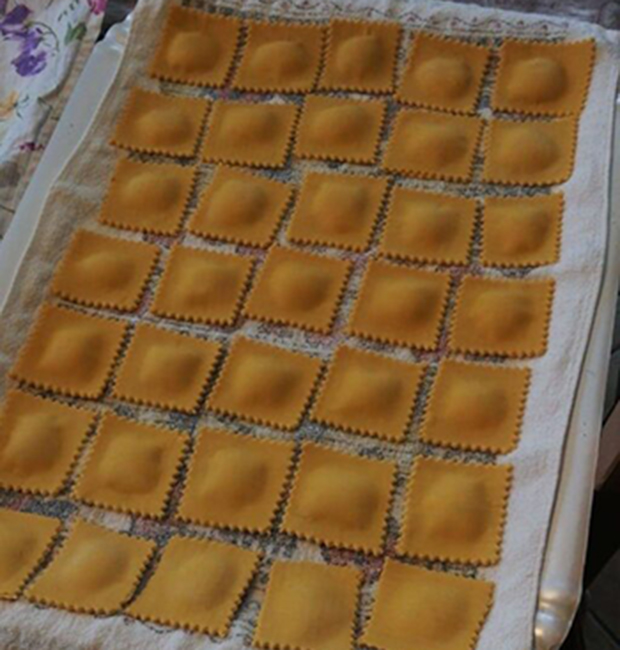 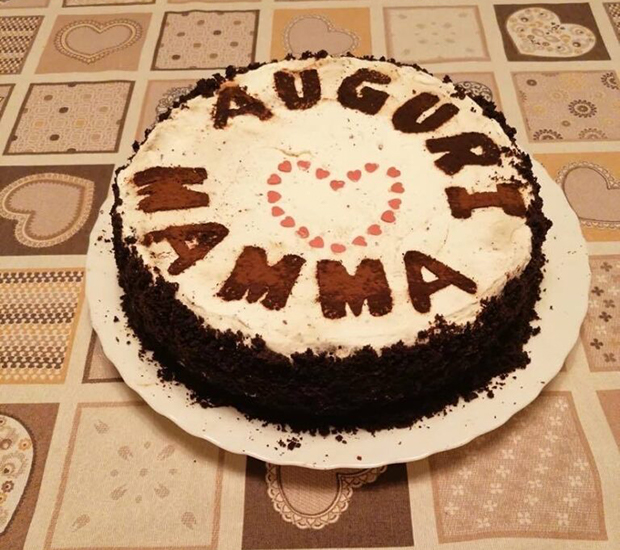 Giulia Chiuchiolo learned how to bake special sweets with her extra time during quarantine. She baked this cake for Mother's Day. Photo by Giulia Chiuchiolo, courtesy of Church News.