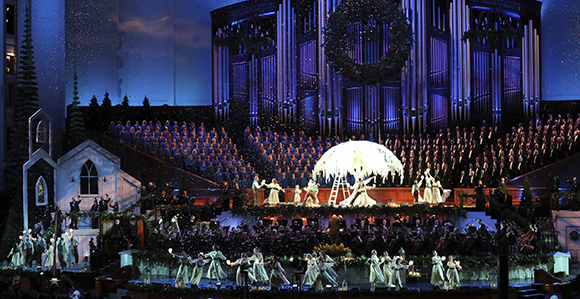 Dancers perform with the Tabernacle Choir at Temple Square and Orchestra at Temple Square during a Christmas concert at the Conference Center in Salt Lake City on Thursday, December 12, 2019. Photo by Jeffrey D. Allred, Deseret News.

Following the direction provided by Church leaders and Utah government leaders this week to limit large gatherings of the public, the Tabernacle Choir at Temple Square announced Friday afternoon the cancellation of several concerts and changes to their broadcasts and rehearsals.

Beginning Sunday, March 15, broadcasts of Music and the Spoken Word will no longer be open to the public. Previously recorded programs will be broadcast in place of live productions.

Additionally, the Spring Choral and Orchestra Concert, scheduled for March 20 and 21, is canceled and will not be rescheduled.

The choir and orchestra’s Messiah concert, which was originally planned as a live event on April 10 and 11, has been canceled, but a previously recorded concert from 2018 will instead be streamed over the internet and broadcast over the Church satellite system on April 10 and 11.

“This will permit a performance of this beloved oratorio—an Easter tradition for so many—to be available in homes and areas where public events can still be held,” according to a statement on the choir website. Learn more here. 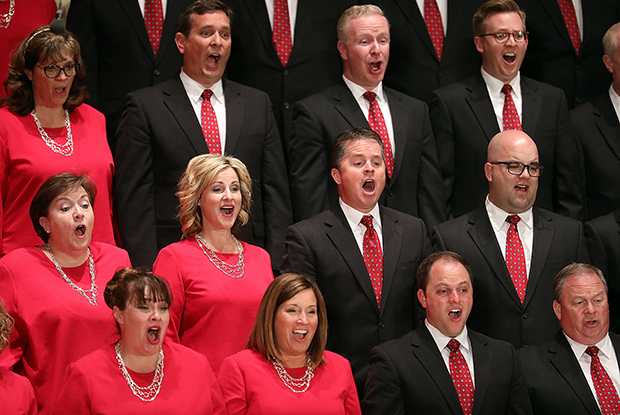 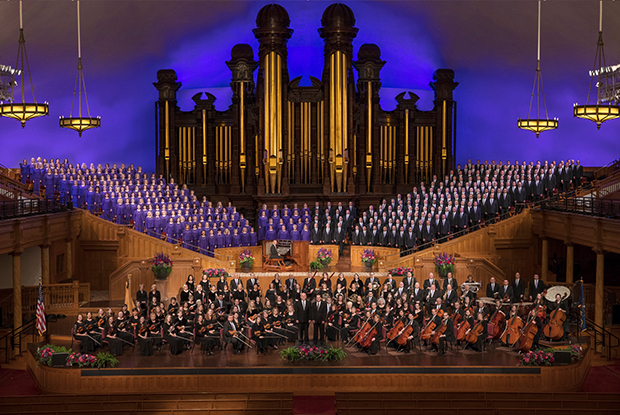 The Tabernacle Choir and Orchestra at Temple Square in the historic Salt Lake Tabernacle.