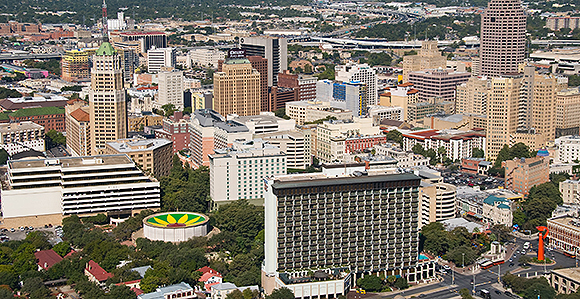 The Alamo City—San Antonio, Texas—will play host to a November 18, 2018, member devotional that will include a message from President Russell M. Nelson.

On May 21, 2005, the Church’s 15th President presided at a youth jubilee at the Alamodome in downtown San Antonio.

Tens of thousands gathered inside the indoor football stadium to hear their prophet share counsel, encouragement, and love. It was a weekend marked by revelation and unity. The next day, President Hinckley dedicated the San Antonio Texas Temple.

On Sunday, November 18, a President of the Church returns to the Alamo City.

“The level of excitement for this devotional has really intensified—it is electrifying,” said Elder Carlos Villarreal, an Area Seventy and south Texas resident.

The members living across the greater San Antonio/McAllen region appreciate that President Nelson’s visit comes at a moment of prolific revelation for the Church, he added. They have closely followed President Nelson’s travels across the globe, including his recent member devotional in Seattle and his South American tour. They listened intently to his recent general conference messages.

Now they are humbled “that the prophet wants to be with us,” said Elder Villarreal.

Latter-day Saints and their friends from 17 stakes and two districts are being invited to the Sabbath evening devotional. Organizers expect about 25,000 people to attend. Many will be Spanish speakers who will listen to live translations of the talks via a translation app.

Since learning of the November 18 devotional, stake presidents across south Texas have been asking members to pray for the visiting leaders, who are seeking revelation on their behalf.

Following the May 22, 2005, dedication of the San Antonio Texas Temple, then-Elder M. Russell Ballard of the Quorum of the Twelve Apostles stopped to speak for a few moments with a Church News reporter.

“I would think that the heavens are smiling on Texas today,” said Elder Ballard.

Rain is forecast for San Antonio on Sunday. No matter. An evening with President Nelson, Elder Bednar, and the other visitors is certain to again prompt smiles from heaven and across the Lone Star State. 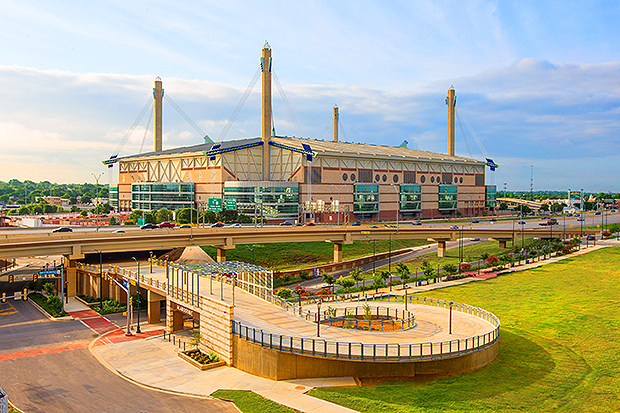 San Antonio’s Alamadome will be the site of a November 18 member devotional featuring President Russell M. Nelson, Elder David A. Bednar, and other visiting leaders. Image courtesy of visitsanantonio.com.